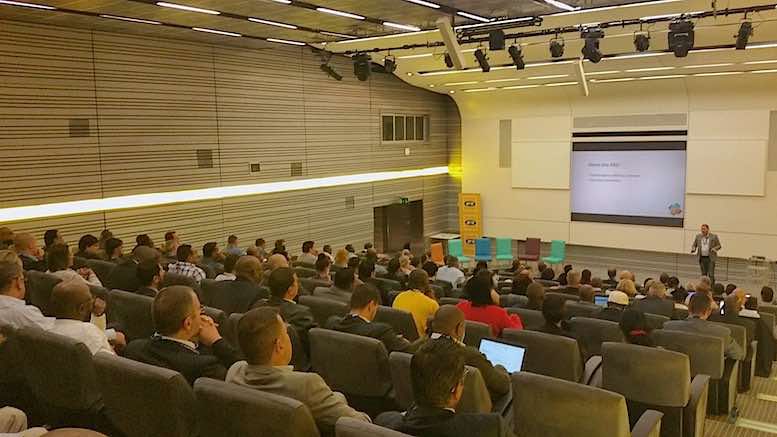 It is becoming harder to review the conferences of the Risk & Assurance Group (RAG). One problem is that my observations have become repetitive. The audiences are big (and growing), the quality of the speakers is high (and climbing) and the feedback is encouraging (and always demands more RAG conferences in future). RAG hosts have been unfailingly supportive, and MTN exceeded all expectations at RAG Johannesburg, tending to every conceivable detail and showing the utmost care for their guests. I could walk through my favorite presentations, but that would be unfair to all the other speakers who contributed. So for RAG Johannesburg I decided to identify ten moments that captured the spirit and diversity of the event, and which epitomize the leading challenges faced by everyone working in telecoms risk and assurance.

The opening keynote was given by Tony Sani, MTN Group Executive with responsibility for RAFM, and Danie Maritz, an innovation consultant who works closely with Tony. Danie polled the audience about the pace and need for change, and the responses speak for themselves. 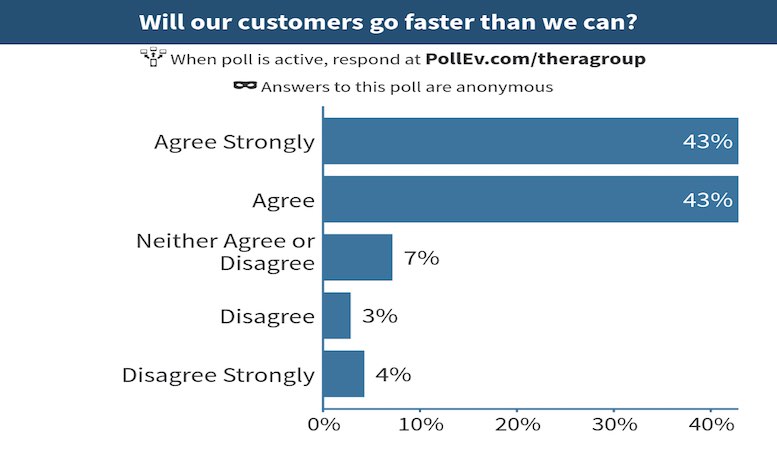 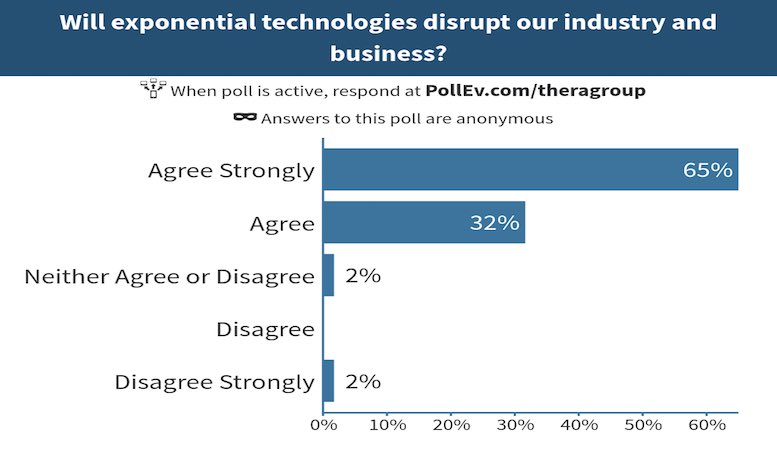 Tony Sani talked about the need to develop the core competence of everyone doing revenue assurance and fraud management across MTN Group, and what his team was doing to pursue that goal. Tony’s commitment to developing people was evident from the large audience he had accommodated as host of RAG Johannesburg, and by the executive support he had secured for the conference, as represented by the welcoming address of MTN Group COO Jens Schulte-Bockum.

3. Telcos Can Take Back the Internet

We get used to hearing that OTT providers will erode the revenues of telcos. MTN Group Chief Digital Officer Herman Singh offered a different message to the audience, telling them that MTN intended to compete head-to-head with the internet giants. For example, Herman described MTN as a challenger to PayPal, observing that MTN’s revenues from payment services were growing more rapidly than those of their Californian rival.

CFCA President Jason Lane-Sellers treated attendees to the world premiere of findings from the CFCA Global Fraud Survey 2017. Though I cannot share the numbers publicly, the good news is that telcos are succeeding in the fight against fraud. The results showed telco fraud to be significantly down compared to the previous survey in 2015.

5. A Question of Trust

Dave Morrow moderated two panels at the event, the first of which (pictured left to right below) featured Jacqueline Fick of Cell C, Simeon Coney of AdaptiveMobile, and Stephen Ornadel of iconectiv. They faced the toughest of all the many questions asked by the audience over the course of the two days. They also responded admirably. The question was delivered anonymously by RAG’s online Q&A system, and asked: with the growing amounts of data being accumulated by telcos, can customers trust telcos to take care of that data? The panel’s collective response showed the importance attached to this concern… though was too involved to share here! 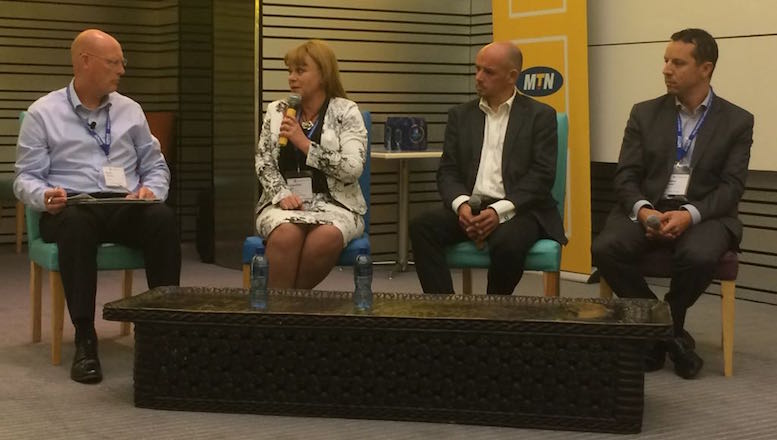 6. The Rise of the Robots Is Not Inevitable

Dr. Güera Romo’s keynote on the second morning reiterated the need to develop individuals so they can satisfy the real needs of the business. She talked about the reasons that businesses, and especially HR departments, had failed to match their requirements to programs that would develop the talents in shortest supply. Automation is a real threat to some jobs, but Güera also had a positive message for the attendees. Based on the results of her studies, adopting a scientific mindset will help us to control our own careers, ensuring we can add value that robots will not be able to emulate.

Deutsche Telekom’s Gina Pesheva told the audience about her new job title. Whilst previously considered a specialist in revenue assurance, her role was now described as covering business assurance. The spontaneous applause of the audience made it clear that they welcomed the extension of RA into new territory.

Though many had talked about the value of education, a lack of qualifications need not prevent somebody from pursuing a career in assurance. This was emphasized by Douglas Jardine of Vodacom. Asked about recruitment for the Vodacom team that assures mobile money, Doug made it clear that the recruit’s attitude to work was at least as important as their CV. Being a newer service, mobile money shows why assurance must be pursued by people able to rise to new challenges, because there will always be situations where it is impossible to recruit anyone with relevant experience.

Near the end of the conference, Lee Scargall walked through the results of his global telecoms enterprise risk survey. Though European telcos provided more responses than any other continent, the point-by-point breakdown showed they did not exhibit the most mature approach to enterprise risk management. Per the survey’s straightforward measures, the averages for African telcos were generally above those for other regions. The real challenges faced by African telcos had seemingly motivated them to adopt a more robust approach to the foundations of risk management.

10. How to Win Friends and Influence People

As usual, I enjoyed the selfish pleasure of moderating the wise heads panel that closed the conference. Pictured below, the panel consisted of (from right to left): Nixon Wampamba, Geoff Ibbett, Ken Dickenson, Joseph Nderitu and Ambrose Nwadike. Between them, they were able to answer all of the tricky questions thrown at them by me and the audience. Their finest moment came when confronted with the perception that risk and assurance teams tend to behave like the police, finding fault with others. They all talked about better ways to interact with the business, and how to shift from a data-driven approach which identifies previously unknown issues to using other skills, including soft skills, to help other functions avoid and prevent issues before they occur. 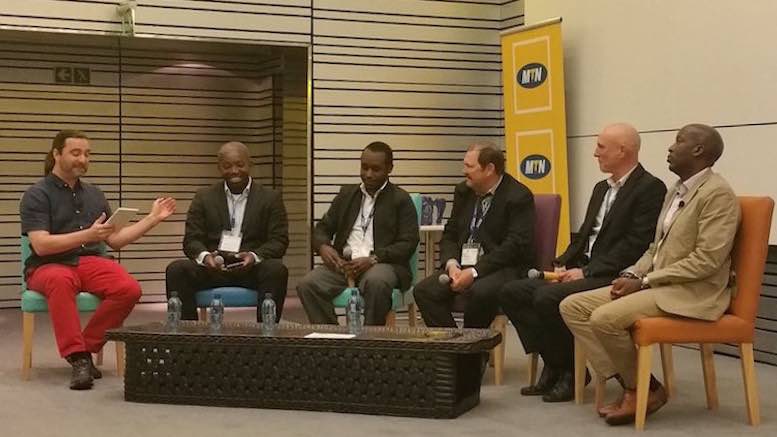 The panel’s generosity in sharing their wisdom – not least at the close of the conference, when some of the audience might choose to leave early – shows how much they believe in collaborating and helping others to succeed. As such, the wise heads represented what was best about RAG Johannesburg, and the reasons why attendees asked RAG to run more conferences in the region. Given the warmth and generosity of the hosts, MTN, and the positive contributions made by the great roster of speakers and by the highly engaged audience, it is inevitable that RAG will return to Africa.