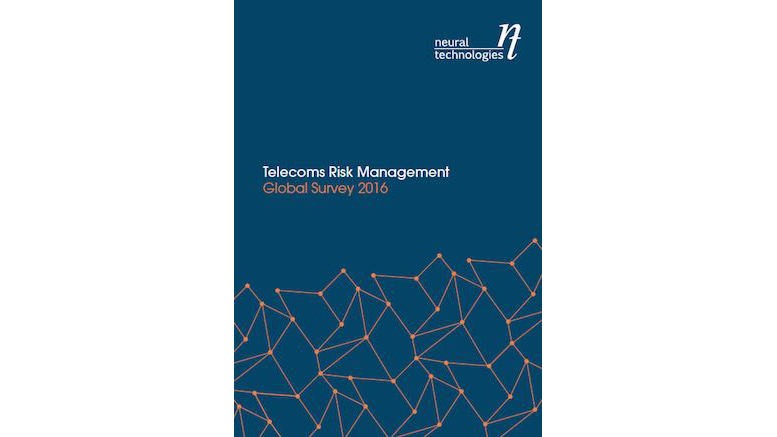 Neural Technologies have published a new survey of worldwide telecoms risk management, and the results make interesting reading. However, the existence of the survey is almost as intriguing as the answers received. This is the first time that a vendor has asked telcos to provide a comprehensive estimate of lost revenues since the Subex-Analysys survey ended in 2007.

The absence of vendor-led surveys has not stopped other organizations from filling the void; the CFCA runs a biennial survey of fraud leakages, and the TMF’s RA team has increasingly concentrated on gathering data instead of issuing standards. However, surveys fell out of favor with vendors because they did not generate reliable publicity.

The difficulty that Neural will face, if they intend to repeat their survey, is that estimates of leakage are only useful for marketing if they fall in the ‘Goldilocks zone’. If leakage estimates are too low, the results are boring and everybody ignores them. But if estimates are too high, the suspicion is that they have been exaggerated. And the trickiest challenge is how to interpret a change in the results from one survey to the next. If losses fall, people will pay less attention, and it is less likely that the survey will be repeated. If leakages rise, that begs a question about the value of the work done to prevent and control leakages. Either way, the interesting results from this new survey need to be put into context – or to be precise, need to judged whilst remembering we lack the context that comes from having comparative results for previous years.

Neural’s survey was conducted by an independent research firm, Milner Strategic Marketing. It comprised of 19 questions that were asked via SurveyMonkey, the online survey host. The questionnaire was completed by 113 individuals, putting the survey on a par with surveys run by the TMF and CFCA. Here are three of the key findings.

The global average for revenue loss is 13 percent

Whilst the worldwide average was that losses represented 13.1 percent of revenues, there was a wide degree of variance in estimates between regions. Western European telcos had the lowest estimate of leakage, at only 8.2 percent, whilst Central Asian telcos had the highest, at 17.1 percent.

To be frank, I find these estimates to be high. My main objection is straightforward. Global telecoms revenues were around two and a quarter trillion dollars in 2015. Telecoms represents about 3 percent of the economy of the entire planet. A 13 percent loss means the industry could, in theory, have made an additional 300 billion dollars every year. To put that number into context, 300 billion dollars is slightly less than the total economy of Israel, and slightly more than the total economy of their neighbors, Egypt. Only a minority of countries have an economy worth more than 300 billion dollars. If telcos succeeded in generating another 300 billion dollars in revenue, it would mean either the global economy would grow by about 0.4 percent, or else that money would be diverted from other spending. Neither scenario sounds reasonable to me. A more conservative analysis would conclude that 300 billion dollars is a theoretical maximum that could never be realized in practice because even if telcos never made a mistake, customers would respond by simply consuming less. I think this more likely than hypothesizing that fixing the errors made by telcos would generate better returns than purchasing Egypt and making its 80 million population work for free.

One recurring problem with estimates of this type is to define the limits of what is being estimated. The more expansive the scope of the leakage, the higher the estimate will be, and Neural did provide a broad definition of loss that included billing errors, bad debt, call routing errors, and more. Even so, the result is more than we might expect by adding together results from other research.

The CFCA’s 2015 fraud survey estimated fraud leakage to be equivalent to 1.7 percent of revenues, whilst the (relatively strict) definition of revenue leakage in TMF surveys tends to deliver even lower estimates. Bad debt is one of the few kinds of ‘leakage’ where the numbers are audited and published in the financial accounts, and some varieties of fraud will be included in that number, but the global telecom groups I scrutinize write off less than two percent of revenues as a consequence of bad debt.

It is possible that Neural’s results differed from other surveys due to the different geographic balance in the telcos sampled. For example, the numbers they reported for fraud losses in the Americas were pretty similar to the CFCA estimate, so perhaps the CFCA survey received more responses from telcos in the Americas, whilst Neural’s survey was more heavily weighted towards other continents, like Asia and Africa.

That said, I do not understand one way the word ‘loss’ was defined. The report states that:

‘Losses’ are where revenue that has been earned has not been received.

Forgive my pedantry, but telcos never earn revenue from fraudsters. Criminals consume services because they do not intend to pay for them. As such, the economic cost of fraud should not be equated with the revenue that you might have billed the criminal if there was any hope of getting the criminal to pay. Another way to think about the value of a loss is to contrast what you have now with what you would receive in a perfect world. If the world was perfect, we would never understate a bill, and customers would always pay in full, but there would be no fraud. Hence some ‘leaks’ can be turned into real additional revenues, whilst others cannot. The lack of a proper and consistent baseline for evaluating loss may lead the economic impact of some leaks to be exaggerated, and thus inflate the overall estimate of loss.

In summary, I lack alternative data that could validate the leakage estimate of this survey. If losses really are running at 13 percent, it is because of issues that are excluded from the scope of other research I have seen. In particular, I would need a lot more data to understand some of the more nebulous descriptions of leakage used when compiling this estimate, such as ‘poor processes’ and ‘new products’. And I would need to pay particularly close attention to the 1.3 percent leakage categorized as ‘other’!

Over-the-top services are an opportunity and a threat

Half of respondents said OTT services were an opportunity to increase ARPU, 40 percent considered OTT to be a risk, and 10 percent were ‘neutral’ about the opportunity/risk. For once, I can say I agree with everybody who responded, because they are all correct.

For this question, I would really need to examine the precise wording of the question, and of the permitted answers, in order to interpret the results. Is OTT an opportunity? Yes. Is it also a threat? Yes. Competitive opportunities and threats often come in pairs, for the same reason that stock market advice usually ends with a statement that reads: “share prices can go up or down.” So when 50 percent were positive about OTT, whilst 40 percent were negative, it is hard to gauge exactly what those answers mean.

The biggest problem when devising a strategic response to OTT is to avoid fuzzy thinking. OTT could be good for your business, if your business succeeds in selling OTT services or cutting costs by using OTT services. But what is the business plan to take advantage of the opportunities created by OTT, and how do those plans compare to the plans of competitors? And when OTT services are competitive because of their low price, how will the telco minimize substitution of OTT for existing but higher-priced alternatives?

The extent to which OTT will benefit or hurt the business is influenced by the choices of competitors, and we tend to have incomplete data about rivals and their plans. For that reason, I would avoid making any generalization about the impact of OTT, because the impact will vary from telco to telco, and will be decided though competition, not only by decisions the telco makes for itself.

The Internet of Things will boost ARPU, supposedly

According to the survey, 74 percent of respondents thought the Internet of Things provided an opportunity to increase ARPU. Maybe they are right, but I have literally no idea what this finding means. It may mean that some people did not read the question properly.

I know that last paragraph was rude, but I have a purpose: you cannot analyze data without having a precise understanding of that data. ARPU is not the same as revenue. ARPU can go up, when revenues go down. ARPU can go down, whilst revenues go up. I find it hard to understand why so many people think IoT will drive up revenues per user. Maybe it will, but I would like to cross-examine anyone who said it will, to understand how they interpreted the question.

To my mind, it seems perfectly possible that IoT services will drive up ARPUs, because the same subscribers will pay for more. On the other hand, IoT may dilute ARPUs, because it may lead to there being many more users, who each pay less than current users do. It all depends on who is charged for what. In particular, there was a hint that some did not read the question carefully: ‘offer more M2M solutions’ was included as a driver of increased ARPUs. M2M is a high-volume, low-price, low-margin offering. If your telco signed up additional users who only purchase M2M traffic, that would probably lower ARPU because the revenues per user for these M2M services would be less than revenues per user for other services. Furthermore, most predictions suggest price competition will lead to declining ARPU from M2M services.

In short, to understand the answer this question, we would need to drill a lot deeper than just reviewing the top-line numbers. We really need a more focused discussion with specific telcos, asking what they predict will be the impact of IoT on both revenues and the number of users. M2M may be an excellent growth opportunity for some smaller telcos who are keen to quickly grow their user base, and are happy to have lower ARPUs than bigger rivals.

Maybe you need to apply a pinch of salt before consuming this survey, but it provides a lot of thought-provoking data. At the very least, the conclusions will make you think about the risks to your telco. The report succinctly and elegantly presents its varied insights. In addition to the topics discussed above, I particularly enjoyed reading the opinions of respondents concerning mobile money, Big Data, and the need for risk professionals to share their knowledge. You can obtain Neural’s report by completing the registration form here.

The Big Leakage Coverage Survey: 6 Minutes to Complete, 10 Days to the Deadline