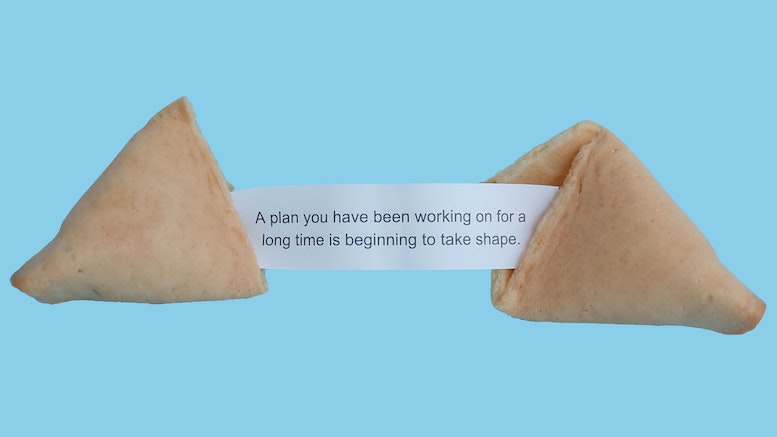 Commsrisk has published 3,000 articles, not including this one, since the website’s creation in 2006. I hope each article proved useful to readers. However, some knowledge can only be obtained by looking at information in aggregate, when a pattern can be seen over time. Now is an appropriate moment to step back and consider some patterns that have taken years to establish, both to encourage those who are on the right path but who may sometimes lose faith, and to warn others not to repeat mistakes that have previously been made.

Live in Truth Because Living a Lie Means Cheating Yourself

The genesis of Commsrisk began with my need to understand what few had actually measured to any meaningful level of precision across a large population: the accuracy of phone bills. The technical obstacles to succeeding in this task are difficult to overcome but they are not insurmountable. What I learned about the methods for reliably measuring bill accuracy formed the basis of my book on revenue assurance, which gained a degree of popularity when it came out in 2011. However, whilst I learned how to usefully determine the average deviation between the figures that should be presented on a bill and the amounts that are actually presented in practice, I also learned something far more important about human nature. When a task is difficult to accomplish, especially because of limits on the resources available and a lack of support from senior managers, then many will prefer to cheat. To make matters worse, when the task involves measuring something that few have ever measured, then the temptation to cheat can become pervasive, because there are too few reliable measures to hold the cheaters to account.

Cheaters, by comparing themselves to each other, can convince themselves they are doing something useful although their conclusions generate as much value as pseudoscience. Pseudoscience has no utility apart from feeding the vanity of the pseudoscientist, and it can cause harm if it is given more respect than it deserves. And so it has proven with the accuracy of phone bills in my home country, the UK, where:

What can be said about people who have spent two decades performing checks and taking measures that utterly failed to identify error after error, and which promised that bills were extraordinarily accurate when they were anything but? It is not unusual for two telcos to find there is a 1 percent variance when they each try to determine the value of the same wholesale bill, but British auditors of retail phone bills convinced themselves that errors were so few and so small that they represented only a tiny fraction of a percent. As a consequence, they then deduced that it was pointless to allow any tolerance for error because they reliably found every mistake on every bill, meaning it was no longer worth measuring the accuracy of bills in aggregate. I feel sorry for these auditors and for everyone who tried to assist them because they wasted much of their working lives delivering nothing but an elaborate fantasy.

A fair number of people I have encountered have been brazenly corrupt. Many of them were small people who were corrupt on a small scale. Perhaps the most important example of minor-league corruption is the manipulation of survey data to disguise how weak it really is. This is insidious because of all the people who will repeat the survey findings whilst assuming they know how the results were compiled. This encourages the widespread belief that the figures are reliable simply because they have been repeated by others, and not because they have been checked by anyone. Other recurring examples of low-level corruption include repeated instances of plagiarism and intellectual property theft masquerading as an attempt to provide unwanted ‘help’ to others.

Others are corrupt on a middling scale. For instance, a senior manager and a well-known ‘thought leader’ temporarily succeeded in conning a large telco into handing over its most iconic building for the first conference of the World Revenue Assurance Forum (WRAF), a thinly-disguised front for Israeli software company cVidya, until this website shamed them into cancelling the event and removing all trace of WRAF overnight.

There is the corruption which occurs at the top end of what can be achieved when selling and supplying risk services and products to the telecoms industry. A good example is the bogus claims that systematic and illegal surveillance of mobile money transactions has something to do with ensuring financial integrity or reducing the spread of diseases when the real purpose is to generate profit by taking a cut of taxes imposed on mobile money.

Finally, there is corruption that sits beyond the imagination of most people working in risk management, even though this scale of corruption represents an existential threat to even the largest businesses. David Morrow often writes about this most serious level of corruption, as exemplified by the billion-dollar settlement paid by Ericsson, followed by allegations that they gave money to terrorists.

One modern worry is the notion that biased algorithms, misinformation and bad data will have a negative affect on the lives of many. However, worrying about the flaws of technology distracts from older flaws that have yet to be addressed. These older flaws belong to human beings. Even the most dangerous new technology can be safely manufactured if it will remain in the control of individuals who can be trusted to behave responsibly. On the other hand, even an innocuous technology can lead to harm if used recklessly. The data processed by telcos has become the fuel of machines that can do good, such as when it helps to prevent the spread of disease, but those machines now also represent a potential threat to the safety of millions. Many of the people who are shaping and molding these machines can be found in our risk management community. Some of these people have already shown themselves to be easily corrupted.

Our profession has been willing to allow bad behavior, often with the excuse that nobody knew anything was amiss. This is like saying we can tolerate a dangerous car driver so long as we are not seated in the same car, or that poisoning food is harmless so long as the food is not eaten by us. Once the precedent is set, we can also become its victims. When somebody engages in trivial forms of corruption whilst in a lowly position, they demonstrate their intention to engage in more serious corruption when they are promoted. So there are two questions for anyone thinking they have no responsibility to tackle the corruption that permeates our own professional community. If not you, then who? And if not now, then when?

Life Is Short; Fight for What You Believe in Today Because There May Not Be a Tomorrow

We have lost people along the way. Just last week I wrote an obituary for a good friend and hard-working professional who was taken too young. Others have left our community because they have moved on to other jobs, sometimes by choice though often by necessity. Then there are many who become lost because they remain in the same dead-end jobs after many years, which tells its own story about the influence they exert and the extent to which ambitions can fade. It will soon be time for New Year’s resolutions, and if you plan to accomplish something amazing next year then I wish you well. But if you hope to do something worthwhile, whilst having no plans to start doing it, then chances are that your hopes will keep being postponed until they are forgotten.

We each of us spend a lot of time at work. If your work never gives you the satisfaction of making the world a better place, or if you find yourself needing to be dishonest in order to create a false impression of what you have accomplished, then you should really consider getting a new job. But perhaps, before you change jobs, you might try doing your job differently. The greatest obstacle to trying something different is the fear of failure. I have lost more fights than I have won, but I have won some. The surest way to fail is to never attempt to succeed, which is why the number of failures matters less than the willingness to fight. We can always strive to do better; I would like to think the next thousand Commsrisk articles will be superior to the three thousand that have gone before. And if some of those articles fail to discourage corruption, or were ignored by professionals who prefer indulging fantasies to accepting facts, then at least I will have the consolation of knowing that I reached and helped as many as I could.