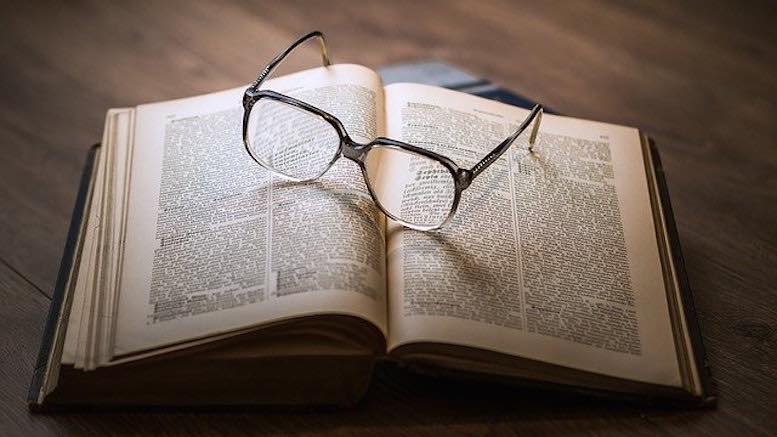 My grandfather was an interesting character. He was a father figure to me. My mother had me when she was still in college and to continue her education, she had to leave me with my grandparents for a few years. As I am named after my grandfather, we had a special bond right from the start and this continued until his death. Incidentally, he died when I was sitting my final high school examinations and even though I did well in those examinations, the memory of my success is soured by losing a very special person in my life at the same time.

If my grandfather were still alive, he would be a supporter of the Risk & Assurance Group (RAG).

Some afternoons, my grandfather and I would ride his creaking bicycle to the nearest railway line and wait for the train to pass. Seeing the train pass was a big deal to us and the ride to see it was no less exciting. I would be perched precariously on the carrier of the bike as he furiously rode through treacherous paths and across the grasslands. I remember one time my foot got caught in the spokes of the rear wheel. The agony was immense and my howl must have echoed through a number of ridges. However, we still rode to the railway and the sight of the hissing monster on the tracks wiped my tears away. Focus. Very important – we needed to see the train and nothing would stop us.

One fine afternoon, the train passed and as usual, I was jumping and waving at it. When it rounded the final bend and left our sights, I noticed a snake slithering across the grass near the railway line. I pointed at the snake, grandpa said, “It was there all along, even before the train showed up. I have been eyeing it”. Again, focus. He had figured if he drew my attention to the snake, I would be scared and I would not look at the train anymore hence leading to a wasted trip.

That is the spirit of RAG. Covid-19 has come with a lot of pain. Some of us have lost relatives and friends. We are all learning to work from home and it is not always comfortable. However, in spite of the pain, the uncertainty and the distractions, we still held a conference and succeeded at it.

Once a month we would ride the bicycle to Ol Kalou town – by now you can see why my pastime is cycling. The visit would not be complete without passing by Bhakcu’s shop. Bhakcu was a foreigner – up to now I do not know his country of origin. I remember Bhakcu was fair skinned and I would spend a lot of time trying to figure out what happened to him when he was young! The only other Bhakcu I know is a character in V.S. Naipaul’s Miguel Street. The Bhakcu at Ol Kalou was selling watches. We would try on so many different watches. We would also wind up some so that we could test the alarm. For the many times we visited the guy, I cannot recall grandpa buying any watch. Yet, Bhakcu would be at hand to assist us, smiling every time we showed up. I like to think we kept him company- he did not have many customers.

RAG goes beyond the transactional nature of many other industry conferences. We are grateful for every panelist, presenter or attendee. It is not how much you leave in the RAG coffers that makes you important. You are family and whenever you show up at a free RAG event, we are happy. Come to think of it, Bhakcu would also have been a member of RAG. Maybe he would be the time-keeper and RAG sessions would run on schedule ;)

Grandpa had very odd eating habits. The staple food in our place was ugali, a semi-hard porridge made of maize meal that is served with vegetables. If grandma made ugali first, grandpa would eat the ugali as he waited for the vegetable stew. If the stew was ready first, he would eat it as he waited for ugali. His argument was simple – in the stomach, the food is mixed up. I tried doing it his way and it did not work very well for me so I gave up and stuck to the convention.

RAG simplifies the picture and is not afraid to break from convention in doing so. What do you need for a conference? People. How do you connect them? Using technology. So, do it. Oh, that is not what many conference organisers are doing? We will do it anyway and we will succeed.

Be Unique (and Push Boundaries)

Grandpa was a member of the Akorino church. The adherents of this church dress in white. The men also wear white turbans. His wife and children were not members of this church but that did not stop him. Every Saturday, I accompanied him to the river where he would wash his clothes and starch them in preparation for the Sunday service. It is very difficult to keep white clothes stainless in rural Kenya but his church clothes were spotless. The Akorino also love playing drums. When his cows died during a particularly bad drought, we skinned them and made very huge drums. We would play the drums loudly every now and then in the evening… and, yes, we pissed off some of our neighbours.

One early morning, Grandpa took me to his church and I was baptised. When my mother came home during holidays, she was furious as she had not been consulted in the whole baptism affair. She declared my new baptismal name was not to be used. Thus, I (very reluctantly) retained my old name, Joseph. Grandpa however insisted and he would refer to me by the name the Akorino gave me: Nehemiah.

RAG is unique. We can hold a big online conference and attract people from different countries because we push boundaries, not being content to do things the old way. We have changed the conference landscape in ways that were unimaginable in the past.

Grandpa did not have much of a formal education. This was a pity because he loved reading and learning new stuff. He had to learn to read because he wanted to read the Bible.  He did not trust the learned clergy telling him what was in the book, he needed to be in a position to check for himself. Much of the learning was delivered by his kids during the school holidays but eventually he was able to read the Bible in his native language.

Grandpa also liked the English language. He would always tell me the Europeans are very intelligent and they hide their knowledge in English books so if you learn to read, you can be better than them. If he heard a new English word, he would find ways of slipping it into everyday conversation. Most of the usage of such words was out of context, with comical results but he would not be dissuaded. If he heard it, he would use it. Anybody laughing at him would not discourage his quest for learning.

There is no shame in learning. At RAG events we learn from everybody who wishes to share knowledge. Keep learning and you might just be as great a person as my grandpa.