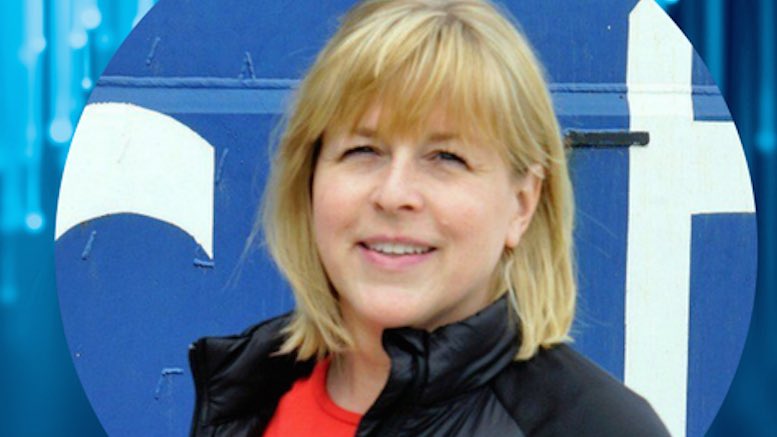 The former CEO of Quintillion, a wholesale network serving the US state of Alaska, has received a five year prison sentence after previously pleading guilty to charges of forging signatures on bogus contracts. Elizabeth Ann Pierce (pictured) faked contracts with four telcos to make it seem that she could guarantee Quintillion’s future profitability. As a result, she persuaded investors to pour millions into funding new fibre optic infrastructure to service the sham customers.

Elizabeth Ann Pierce, the then-CEO of Quintillion, placed her ambition above the law. In order to raise over $270 million to build a fiber optic cable system in northern Alaska, she repeatedly lied to her investors and forged the signatures of her customers’ executives on fake revenue contracts. When her scheme started to unravel, she tried to delay exposure with yet more lies and forged documents. She will now serve five years in prison for her crime.

Pierce hoped to secure real contracts to replace the ones she had lied about.

…Piece tried to cover up her fraud by continuing to negotiate with the telecommunications companies in hopes of reaching agreements identical to the ones she forged. Her efforts were mostly unsuccessful. Pierce completely failed to secure any revenue contract with one of those telecommunications companies, and the agreements she reached with the other three companies contained less favorable terms for Quintillion than the fake revenue agreements, such as a smaller mandatory capacity purchase commitment, or no commitment at all. Pierce hid these genuine, but inferior, contracts from the investment companies and her own staff. When Quintillion and the investment companies ultimately discovered the fraud in mid-2017, they learned that the real contracts Pierce actually negotiated would generate only a fraction of the anticipated guaranteed revenue of the fake revenue agreements she forged.

Two individual victims were also conned out of their own money.

As part of Pierce’s overall scheme, she also swindled two individual investors… out of a total of $365,000. Pierce led these individuals to believe that they would acquire ownership interests in Quintillion when, in fact, she used half of one victim’s money and all of the other victim’s investment for her own personal benefit. These individuals have received no shares and none of their money back from Pierce.

Pierce used the old trick of mismatching real revenues with bogus deals to delay the discovery of her crimes.

…Pierce attempted to prevent the discovery of the fake revenue agreements by accelerating the timing of incoming payments under certain genuine agreements… Pierce also sought to prevent Quintillion from invoicing one of the customers that had no real contract with Quintillion by fabricating email correspondence that gave the impression she was terminating a contractual relationship, when in fact no such relationship existed.

Due to a void in Quintillion’s internal controls, Pierce’s crimes only became apparent when another telco queried some invoices.

Pierce’s scheme started to unravel when another customer disputed invoices that it received from Quintillion pursuant to one of the fake revenue agreements. Shortly thereafter, in the midst of Quintillion’s internal investigation, Pierce abruptly resigned.

Political opponents of Chairman Ajit Pai of the Federal Communications Commission (FCC), the US comms regulator, drew attention to the fact that Pierce was briefly appointed as an advisor to the FCC, in the role of co-Chairperson of their Broadband Deployment Advisory Committee. Pai defended the appointment in writing by noting that:

The Office of General Counsel completed its ethics vetting process for each nominee before he or she became a member, and no problems regarding personal financial holdings or outside positions were identified in the process for any member

Pierce was the boss of Quintillion from December 2012 until her departure in July 2017. It is a sad reflection of the lack of professionalism in telecoms risk management that she previously worked for nine months as the Director of Risk Management at Alaska Communications.

The auditing of revenues in telcos can be woeful, especially in smaller firms where a few top people are not subject to any meaningful segregation of duties. On a more general level, the profession of telecoms risk management lacks a robust and credible professional body that can punish wayward members, leading to their exclusion from roles where integrity is a priority. I am reminded that there are still risk practitioners who have repeatedly lied and cheated but who continue to get paid by naïve telcos to give training on business ethics.

Whilst it is easy to point fingers at the FCC or the other executives at Quintillion, we should be asking all our fellow professionals what they are doing to impose genuine standards on the many tricksters and con artists that we already know about. If we fail to take responsibility for rooting out corruption at the lower levels of telecoms management, we can hardly complain if the people promoted to be our bosses are subsequently discovered to be crooks.