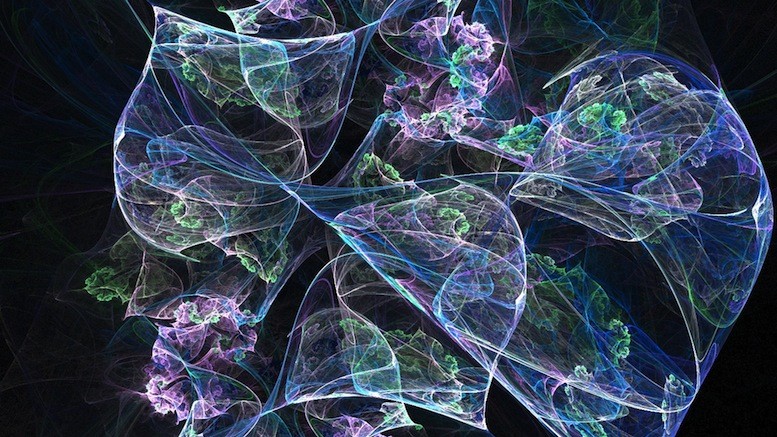 Five years ago, I wrote a blog post about revenue assurance. It was called ‘The RA Truck Stop’ and I asked if people wanted to engage in some (virtual) conversation about revenue assurance. The idea was to help ourselves by helping each other. This is the 500th post I have written. A lot has changed in the meantime. Other things have not changed. Now seems like a good time to reflect on those last five years, and on what might lie ahead.

In five years, I have never known a year where somebody was not hailing something new and exciting in the world of revenue assurance. But forget that nonsense. Most RA practitioners rely on a diet of the same bread and butter as they did five years ago. The meals come in slightly different flavours, like ‘switch to bill’ and ‘order to cash’, but each is essentially the same. Think of them like sandwiches. You start with bread, and you finish with bread. Take some data from here, take some data from there. The only question is what comes between. Reconciliations are the standard fare for most people who work in revenue assurance, and the reason why we have RA software is because reconciliation can be automated. Genius, inspiration, insight, imagination… these things can not be automated. But they cannot be standardized, either. Reconciliation is not sexy work, and need not be hyped. It is what it is: a powerful control if deployed correctly, and one that generates returns if there are sizable discrepancies to be found. Nobody would repeat this obvious truth every day – I would not write 500 posts on how to do reconciliations – but it deserves a mention every now and then, to remind us to stay true to ourselves.

I keep my old conference handouts – great big fat folders of paper that were later replaced by CDs and websites. Scanning through them, the business names are revealing. I spied the following participants at one event: Cartesian, Azure, cVidya, ECtel, WeDo Soft, Visual Wireless, Cape and Connectiva. Some of those names remain, others disappeared as firms merged or were taken over. Revenue assurance converged in the sense of every supplier evolving towards a well-defined suite of competing offerings. It also converged with fewer firms managing their cost base and chasing larger global market share in pursuit of superior profits. In the last few years, the direction of development has re-diversified, although still mostly based on the kernel of a reconciliation engine. Whether called ‘business assurance’ or ‘business optimization’, vendors are groping for the next big thing to add to their portfolio, without undermining their core. Subex’s venture into service activation went badly. WeDo has done well at increasing revenues from outside telecoms. These vendor engines could continue to drive us forward, and point to possible futures; but not everybody can go with them. The common core of automating control and data analysis need not lead to a common job specification for the people using their tools. Perhaps this explains why ‘revenue assurance’ is a phrase that increasingly crops up in other industries, but your traditional telecoms practitioner may not find it so easy to transfer their skills and find employment outside of telecoms. Similarly, it is not easy, or inevitable, that they will make headway with gaining additional responsibilities within their own company. The job of a train driver is defined by the engine he drives. He is not a taxi driver, nor a pilot. Those working in marketing, HR or accounting may find themselves moving from industry to industry. The RA practitioner is at a junction. He can define himself like a train driver, and rely on the vendors to lay tracks that he can follow. Or he could become like the professionals in marketing, HR and accounting – people whose skills transcend the particulars of a specific business, and whose primary tool is their know-how.

Despite the hype, RA is not yet a profession, and it is not inevitable it will become one. It does not employ the kinds of numbers, and has not attained the breadth of scope, to sustain a profession. The question is whether, as people move away from the common core of RA activities, they will remain connected to the rest of the group, and hence broaden its range. They may instead splinter off, leave their past behind, and define themselves differently. I face that choice myself. RA practitioners may fancy themselves to be risk managers, but I find little affinity between the sloppy assertions of risk management that come from usual suspects (*cough* cVidya *cough*), and the comprehensive and established forms of risk management found in the energy and financial sectors. And those sectors still suffer oil rig explosions and banking meltdowns, so let us not kid ourselves that risk management is something we can perfect over the course of a single afternoon. It would be delusional to believe that telecoms RA has a destiny to conquer other fields; it will expand if its intellectual assets are superior to alternatives, and not otherwise. But the automation of data analytics and data-based controls does seem inevitable across all businesses worldwide. Perhaps some of the lessons learned in the past five years have scope to be taught more widely, and the vendors will be hoping to capitalize on that. Even so, there will be more changes of name in future.

Nobody writes 500 blogs, unless somebody out there is reading them. Thank you. What do we have in common? Perhaps it is a shared passion for revenue assurance, or an interest in similar news items. Or maybe we share common antipathies ;) When writing ‘The RA Truck Stop’, I was looking for something I lacked: a sense of a community with those in a similar line of work, that crossed business and geographic boundaries. A lot of you read this, so I was not entirely alone. Thanks to blogging, I have met many wonderful people, sometimes in person, sometimes over the internet. Their enthusiasm and high principles give me confidence. If they are representative, and I believe they are, there will always be a die-hard core who will insist that we keep getting better at what we do.

Then again, I wonder if we are further from achieving a genuine RA community than we ever have been. Papa Rob’s narrow and self-serving agenda makes him the ultimate troll. Pay the toll to GRAPA’s troll, and you can hang a piece of paper on your wall. But as the Grand Poobah of RA has no interest in permitting the science of RA to reach beyond his limited abilities, and is antagonistic to the interests of vendors (unless they also pay his toll), he can only inhibit the potential of RA, even though he trades on sunny promises about its prospects. Meanwhile, the TM Forum’s RA team has been a great disappointment to me. It needs new leadership – one man should not occupy a role for seven years, just because he turned up to the first meeting and nobody else asked for the job. The TMF team has become a contorted mirror that reflects GRAPA’s primary failing; there is no incentive for genuine teamwork, because all credit flows in one direction only. GRAPA draws strength by accusing the TMF of being too exclusive and of slavishly serving the interests of vendors. The criticism is grossly exaggerated, but Papa Rob is cunning enough to maximize the weight of a single grain of truth.

But, as you know, I am a contrarian. I find fault where others find favour. In the words of Mick Jagger and Keith Richards: I can’t get no satisfaction. And that, perhaps, is the greatest thing we have in common, and why I keep writing, and you keep reading. If we were the type to be easily satisfied, we would not, or should not, be doing what we do. We like to see holes where others see the fabric of life, and to translate the discovery of failure into the opportunity for improvement. That, paradoxically, is the wellspring of our community spirit.

On June 6th, 1994, the great West Indian batsman, Brian Lara, dispatched an off-drive to the boundary of Edgbaston Cricket Ground. (If you think revenue assurance is full of jargon and data, then try cricket.) Those four runs took his total to 501 not out, the highest score in first class cricket. And then he went back to the pavilion, his job well done, with the game ending in a draw. But the ball before, he was cracked on the helmet by a bouncer. Nobody made it easy for Lara to amass his record total, and though he eventually retired undefeated, his rivals were always trying to catch him out. Nothing of value is achieved without adversity, and the best defences are only proven when tested. These could be mottoes for what we do. I will take them as reasons to keep batting for my cause; I hope you want me to play on.