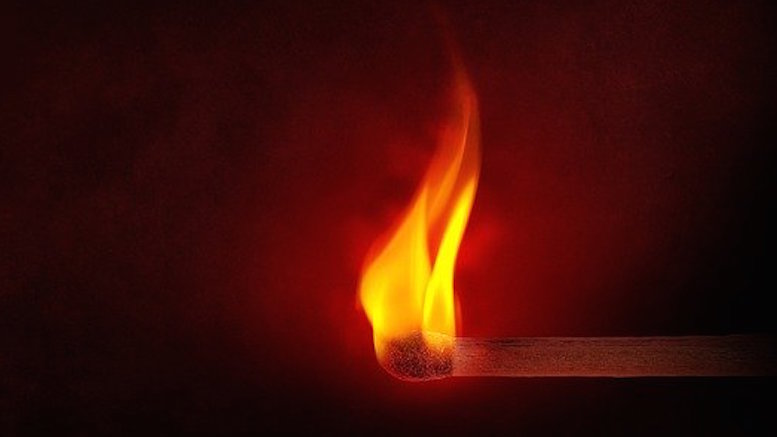 5G antennae have been set on fire in two locations in the UK following the circulation of fake news blaming 5G for the coronavirus pandemic. The spurious connection between 5G and coronavirus appears to rest on the observation that Wuhan was an early adopter of 5G. Purveyors of fake news have twisted this into an assertion that Wuhan was the first place to get 5G, when it is only one of several large cities that have a significant concentration of 5G masts.

Misinformation about 5G and coronavirus has mainly been spread by social media, leading Facebook and other platforms to promptly remove the content. However, it seems that many users of WhatsApp are nimbly spreading fake news more quickly than it can be countered. The BBC reports that the UK government will order social media companies to crack down on stories claiming a link between 5G and coronavirus.

The attention-grabbing nature of this fake news story has also tempted suppliers of traditional media. One British radio station was sanctioned by the regulator for broadcasting an interview with an unnamed conspiracy nut who described herself as a “registered nurse” but was later revealed to practice alternative medicine. Her wild fabrications included claims to have seen people “fall over” because 5G “absorbs oxygen”. A video of her interview was then shared on social media; you can see an excerpt below.

5G causes coronavirus because it’s sucking the oxygen out of your lungs, according to a video being spread on Facebook. I want to 😂 but the fact people believe this bullshit is genuinely scary pic.twitter.com/kY3g5MJtu9

Vodafone UK boss Nick Jeffery described the attacks as a matter of national security. “It beggars belief that some people should want to harm the very networks that are providing essential connectivity to the emergency services, the NHS [National Health Service], and rest of the country during this difficult lockdown period,” he said.

The National Medical Director for the National Health Service in England, Stephen Powis, debunked claims that science had shown a link between 5G and coronavirus: “The 5G story is complete and utter rubbish, it’s nonsense, it’s the worst kind of fake news.”

Serious research has never found a connection between sickness and the radio waves used for mobile telecommunications. Put simply, the radiation from masts and phones is not energetic enough to cause harm. However, academics and the World Health Organization never like to say something is safe when a person could theoretically be subjected to doses over such a long period that it is impossible to recreate the experience in a lab. This leads to confusion when they describe radio waves as a potential hazard. Many unscientific people are incapable of making a useful distinction between a potential hazard and a proven risk.

To put the risks from radio waves into perspective, there is a well-known source of electromagnetic radiation that carries far more energy, and which most people are exposed to every day. That source is called the Sun. Ultraviolet light can cause cancer, but nobody suggests the rational response is to live like Count Dracula, terrified of peeking through the curtains for fear of bursting into flames.

The people most exposed to 5G radiation are the engineers who construct the masts. They work in sufficiently close proximity to the equipment to be subject to far more radiation than any member of the public. If there was a correlation between 5G and illness then it would apparent in this group first. No such correlation has been identified for 5G, just as none has been identified for the other iterations of mobile radio networks.

This panic highlights the lack of joined-up thinking in how the telecoms industry manages risk. Scare stories about the health implications of 5G are not new, but little has been done to counter them before. In a later article I will discuss how many people recently claimed to have had the ‘new’ idea of using data from mobile networks to better manage public health, although the concept has been around for a long time, and was used as far back as 2010 to manage the response to the earthquake and cholera outbreak in Haiti. The reaction of some sections of the population to 5G shows our sector must not only manage health risks for our workers and the wider public, but we must also manage the risk of our businesses being perceived negatively, even when the perception is unjustified. Telcos are currently expected to manage increased load so customers can remain in touch with their loved ones and businesses can continue to function whilst workers stay at home. The destruction of infrastructure by irrational mobs is an additional burden we can do without.

At last year’s RAG Toronto conference I was joined on stage by Jiles Smith, who was then working as Director of Risk Management and Integrated Disability for Frontier Communications. You can tell from the second half of his title that Jiles handled different kinds of risks to those addressed by most other readers of Commsrisk. Jiles focused on worker safety, not revenue assurance. Telcos need people like Jiles too, which begs the question of what parts of the business are being assured when we talk about ‘business assurance’. I firmly believe in the roadmap for business assurance being developed by the Risk & Assurance Group, but we should also be respectful of the wide range of skills and knowledge needed to manage every risk that telcos face.

I believe public concern about 5G is another example of why telcos need a Chief Risk Officer. It is not because one person can know everything about every kind of risk, but because the sheer variety of risks faced by a telco means they need somebody who can coordinate across every function. Panic about 5G represents a risk to the telco’s reputation, and a risk to the safety of employees who may be attacked by crazed members of the public, and a risk for business continuity, and a risk for complying with universal service obligations, and a risk to revenue, and a risk for cost management. Telcos face too many different kinds of risks to fit them all into neat silos, and the impact when things go wrong may need to be measured using several dissimilar scales. That is why telcos would benefit from a coordinating intelligence that oversees and understands the connections between all risks, and this role is best described by the title of Chief Risk Officer.