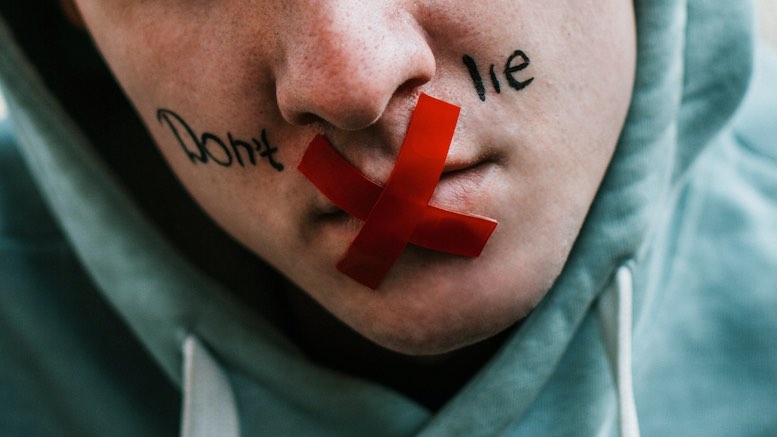 Every few months I receive an email from somebody telling me to shut up. Here is my unscientific list of the reasons they give, and why I am never convinced.

This one is easy to dismiss, because they never do. Nobody is going to sue me for defamation when there is a high probability they will lose.

2. There Was No Need to Make It Personal

I defy anyone to explain the value of pointing out a lie without also pointing out the liar. Criticism is inherently personal because somebody must be responsible for every screw-up or act of negligence. Professional reputations should matter, even if a large minority of people working in this field believe their reputations should be identical to the lies on their CVs. We live in a world where everybody feels entitled to lambast presidents, celebrities, CEOs and administrators for their mistakes and hypocrisies. If you believe you are doing something useful to reduce telecoms risk then you must also believe you have some responsibility for what you do. With responsibility comes not just the right, but the need to be criticized.

3. You Could Have Had a Quiet Word Instead

I suppose I could spend all my time sparing the blushes of people who want to be lauded for every success but dislike mistakes and dishonesty being pointed out publicly. But that would not serve as a deterrent for everyone else. The free press has a hard enough time holding the world’s most blatant scoundrels to account, even though media corporations have significant resources and guaranteed audiences. Now imagine how effective they would be if lies can be public but criticism must be confidential.

4. But So-and-So Is a Lovely Person

This argument might be more persuasive if it were not for the fact that everybody thinks they are lovely. Everybody has a mother, and every mother loves their child. Picking and choosing who deserves open criticism sets a dangerous precedent, and is a step towards partiality and corruption. Applying the same principles to everybody is the fairest approach.

5. You Would Not Like It If It Happened to You

Wrong. Freedom of speech and transparency are crucial for fighting corruption. That means everybody should feel entitled to criticize me, just as I feel entitled to criticize them. I believe in liberal values, but only a hypocritical liberal would apply those values to others without ever expecting to be on the receiving end. Far from discouraging others from being critical, I would welcome more open and honest debate, even if that means people disparage me. It would make a refreshing change if people publicly stated what they dislike about what I do, instead of relying on private emails and whispering campaigns.

6. You Will Make Less Money

Only somebody truly deluded thinks I would do this to make money, so the charlatans fail to impress when they project their own obsessions on to me. Business ethics is not the same as revenue maximization even if some people try to make the maximum amount of money by selling tech to protect people from harm, or think they can boost sales by adding a few disingenuous words about caring and compliance to their sales pitch. The whole point of business ethics is to draw a line and to deny yourself the opportunity to make money, even if it is legal to do so. And that is why I write so much about ethical and unethical behavior, whilst other people unironically sell training courses on ethics.

7. You Will Be Less Popular

I have spent 20 years doing things that made me unpopular. By now I should be the most unpopular person in this field of endeavor. But you are still reading this, and the number of people visiting this website just keeps going up. Some of those visitors must have gained something, or they would not come back.

The key to negotiation is to understand what the other party wants, and then to construct a fair exchange. That is why so many attempts to silence me have failed. The people who are telling me to shut up are not offering anything I want. They sometimes talk about things they want – money, popularity etc – and just assume I want the same things. That is a failure of imagination on their part.

What I want is a better telecoms industry, that behaves more ethically. That means customers get charged for the services they actually received, and not anything else. That means their personal data is respected, and not abused. That means we use facts and science to make better decisions, instead of relying on guesswork and hunches and misinformation. That means our improved decisions result in better services being delivered at better value to our customers, whilst generating better profits for our investors. That means we not only protect customers from fraud, but we put the fraudsters out of business permanently. That means tackling corruption wherever we find it, instead of turning a blind eye to it.

I believe telecoms risk professionals can make the world better, but only if they use risk management as opportunity to set an example for everybody else, in everything that they do. Who are we to point out the mistakes of others, if we refuse to admit to our own? I have no other tools at my disposal than to use my voice to demand the highest standards of every person, every day, without any exceptions.

Some years ago I spent a long time considering whether to close down the previous incarnation of Commsrisk. I even offered to give the website to others, because I no longer saw myself as having a role in the telecoms industry and I felt no desire to fight battles that seemed to belong to my past. Two things persuaded me to continue. The first was a simple observation: although I had lost interest, the readers had not. On the contrary, they kept coming in larger numbers, and I felt it would be a shame to simply discontinue something they obviously appreciated. The second reason to continue was that the prospective new owners did not share my values. They just wanted more website visitors so they could sell more things to them. So I kept going. And I am still going.

If you want me to shut up, then focus on delivering the better telecoms industry that customers want, that shareholders want, that I want, and that so many other sincere professionals want. I am not going to shut up until we do.