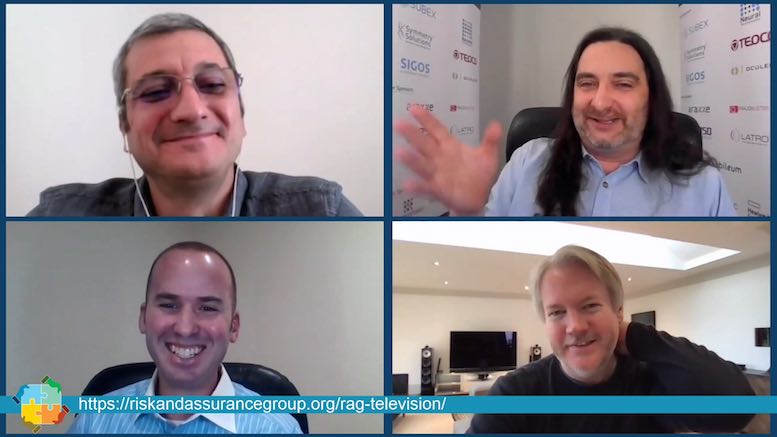 It is not every day that you hear the Chief Technical Officer of an African mobile operator saying that he wants telcos to adopt a US anti-spam protocol because it will help to reduce simbox fraud. But nor is it common to find a plethora of telcos arguing that governments should impose standards that would revolutionize the way we determine the origin of voice calls… and then arguing about which of several competing standards should be imposed. Pedro Rabacal of Vodacom Mozambique (pictured, above left) appeared on this week’s RAG TV to explain why a telco serving customers on Africa’s Western coast cares about the standards currently being set by ATIS, a body dominated by US telcos and which has taken the lead in the development of the STIR/SHAKEN protocols for validating the identity of voice calls. However, fellow guest Jeffrey Ross (pictured, below left) offered an even more compelling vision for how identity validation will work across borders. Jeffrey’s new business, 1Route, will provide a clearing house so telcos can adhere to different CLI validation standards in different parts of the world whilst still providing assurance that works across borders.

Jeffrey is both a proud Texan and a passionate internationalist. His mantra is to respect what makes each country special. The USA and Canada are already struggling to make STIR/SHAKEN work across a single border. Persuading all national authorities to follow a common approach is unrealistic, not least because regulators must acknowledge the business priorities and state of network technology within their own markets, and why these will never align to circumstances found elsewhere. 1Route proposes to be the intermediary that will allow all the telcos to ‘talk’ to each other about CLI validation, irrespective of the specific standards they comply with. They recently incorporated in Ireland to emphasize their internationalist credentials. Offering a clearing house for CLI validation is a bold vision and one worth listening to. If you missed the live stream then you can watch the recording below.