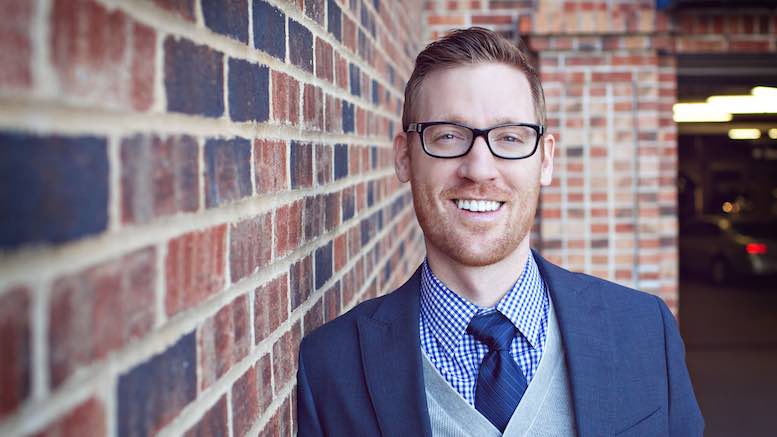 Last week I received a request from a person calling themselves Aaron Jacobson, who wanted to write technical articles for Commsrisk. But there was a problem: Aaron Jacobson does not exist.

I am working with Technoligent as a content writer and I’ve been following your blog for quite some time now, and I love your content and the lessons you share with your readers. Every time I read a post, I feel like I’m able to take a single, clear lesson away from it, which is why I think it’s so great.

I have written 2 Contents and their titles are:
“6 Myths about Machine Learning That You Thought Were True”
“How to face IoT development challenges for QA testing in 2017”
So please reply me which topic is good to add in your site or not.

How to fetch HBase table data in Apache Phoenix?

Waiting for your positive Response.

It is easy to tell this is spam. Anyone who actually reads a journal will check the name of its editor. Nevertheless, I was intrigued that somebody would try to promote tedious articles about how to use databases by spamming other websites in the hopes of gaining inbound links. It makes sense to spam people about advanced fee scams or viagra because people want more money and more erections. Fewer people will get excited about the opportunity to extract HBase table data in Apache Phoenix, and those who want to learn more can easily google it. Furthermore, I struggle to see why anyone would pretend to be a professional writer when they plainly cannot write – does the author not know how to google the rules on when to capitalize words in English? (And if any clever-clever pedants are reading this, be warned that I know exactly why I did not capitalize ‘google’ in the previous sentence.) So I decided to investigate ‘Aaron Jacobson’, to work out if there was more to his or her scam.

Aaron Jacobson is a good choice of name for a scammer. It is common enough that searching through all the real Aaron Jacobsons would be impractical. But this fraudster told us the name of his or her company: Technoligent. The absurd email address was ‘technoligent@nexcorp.in’ but I started by googling Technoligent, and was amazed to find they exist on the web. They not only exist, but claim to be…

…one of India’s leading telecommunication software companies, built from scratch by a dedicated and passionate team of strategic thinkers who pride themselves on innovation and fast-track implementation. Technoligent packages intelligent, tailored telecom software solutions along with cloud computing services for its exclusive global clientele.

Sadly, the website of this ‘leading’ Indian software company failed to name a single one of its ‘strategic thinkers’, nor any of its ‘global clientele’. You might think that our fraudster was hiding behind a genuine business but my suspicions were raised when I observed that Technoligent also writes its name as Techno Ligent in other places and that its Twitter account says they are based in Australia. The Twitter account also says they offer ‘attractive and custom’ websites, which helps to explain why Mr. Jacobson’s writing can be found at such varied URLs.

The fraudster had supplied an email address at nexcorp.in, so I checked that domain next. The fraudster had made little effort to cover his or her tracks because I was taken straight into the top level index of their website business. And guess what happened when I drilled down? One of the many sites listed here was an alternative website for Technoligent with a copyright date which is one year older but makes similar promises about being a…

Some of the other nexcorp websites look like they might be real Indian businesses, suggesting Technoligent represents the overactive imagination of somebody who can actually make nice little websites for small corporate clients. But this person spends too much time on the web and not enough time in the real world. Whilst the Technoligent website says their address is in India, their LinkedIn profile says they are based at the University of Technology, Sydney, Australia and the Technoligent Facebook profile has reviews which say:

A best Company working for Australia as an IT Outsourcing service provider.

So it seems that this Indian business cannot decide if it is big in the USA, Australia or both. Clearly the Facebook reviews were fake, but helpfully one of them was posted by a Facebook user calling themselves Aaron Jacobson. That Facebook user profile says Jacobson: works at the Ohio State University; studied at the Ohio State University; went to Cambridge High School in Cambridge, Ohio; lives in Ohio City; and is from Ohio City, Ohio. That is a lot of Ohio for just one profile, especially for somebody who knows which Indian software companies are the best IT companies in Australia.

As the Aaron Jacobson Facebook profile used the photo of a bearded white man with glasses I followed Dan Blackband’s advice about how to check for scammers and did a reverse search on the image. The same photo is used for many profiles for many Aaron Jacobsons, none of whose details are consistent. At bigdata-madesimple.com Jacobson is…

…a Big Data Application Developer at Technoligent, a Big Data Services providing company. He also has expertise in the technical Writing.

So this lie was consistent with his spam email, even to the point of wrongly capitalizing the word ‘writing’. But at AngelList Jacobson is the founder of Technoligent who studied at the University Of California, Berkeley. So maybe he really does know how to deliver all those different software solutions after simultaneously studying at three different universities in California, Ohio and Sydney, in addition to running his business in India. But my guess is that the fraudster actually comes from Rajkot, India, because that is what is listed on his Authorstream profile, along with a lot of presentations about developing for Google Android.

By now I had learned enough to satisfy myself that Aaron Jacobson, or whoever he or she really is, bears no resemblance to the trustworthy business professional they keep saying they are, and that only an imbecile would allow a liar like this anywhere near a telco’s data or systems. In fact, the fraudster probably looks nothing like the man whose photograph is used on all those web profiles. The image used for the Aaron Jacobsen identity, which is also reproduced above, was taken by professional photographer Heidi Drexler and was scraped from this page of the website of professional fashion stylist Anne Jackson. If the name of the image file is anything to go by, the real name of the man in the photograph is Jeremy. I hope that Heidi, Anne and Jeremy do not mind me reproducing this photograph. It is in the public interest to highlight how the copyright of the image was abused by an unscrupulous business in order to support a false identity.

That was the story of how a dishonest web development business lied about who they are in order to get free publicity (or worse) but were undone by their lazy failure to cover their tracks and the stupid inconsistency of the lies they splattered all over the web. That should give you pause for thought. You still have to do some research before letting crooks like Technoligent/Nexcorp come anywhere near your business. This clown is obviously a fraud, but with a bit of skill and determination he or she could easily have constructed a much more plausible web of lies all across the internet. Criminals go to the trouble to do that because not everyone goes to the trouble to check who they are dealing with. Do you?