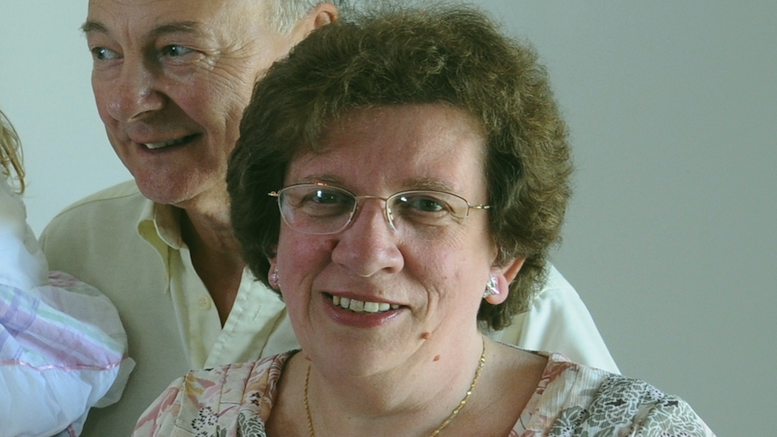 Though revenue assurance has spread far and wide, our community is small. Many of you know David Smith; even more will be familiar with his work. David has popularized the field of revenue assurance, not least through ABIS, the consulting business he established with his wife Jean. Whilst David did the public speaking, Jean proved the old adage that a great woman stands with every great man. If you ever saw them together, you would immediately appreciate that David and Jean were a team, in every sense. Sadly, Jean Smith passed away on April 15th. She will be missed. David has penned the following tribute, to share with you all. 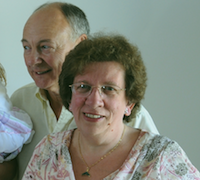 The ABIS Partnership was started by my wife Jean and I in 1999 and subsequently became ABIS & Associates Ltd. In all we traded for over 11 years before deciding to cease trading in January 2011 to pursue a life of graceful retirement.

Prior to starting our consulting business I worked at the British Approvals Board for Telecommunications (BABT) developing and then implementing a “Metering and Billing Approval Scheme” for telecoms operators.

During my time at BABT I was invited to present the work I was doing at BABT at several conferences. A little known fact is that it was Jean that developed the PowerPoint presentations in those early days. She also accompanied me on several business trips to conferences and “watched me at work” during presentations and at social business gatherings. Her feedback and advice was always relevant.

Jean persuaded me to leave BABT and set up our own consulting business against the good advice of some work colleagues. At that time I felt I might have a “shelf life” of perhaps 6 months before my experience and ability to trade on my BABT background would become less relevant and I may have to seek another source of income. Our expectation was that Jean would do some accounting and “secretarial” work. In reality she provided an integral and central role to all we did.

Some glimpses of our professional time together may give an insight into what she did and accomplished.

Jean’s wages and accounts experience from working in a local council treasury department and then running the wages department in an employment agency meant she was well placed to manage all the accounting, VAT and financial aspects of our business. Her phone manner in chasing up “delayed payments” from our clients never ceased to amaze me. From the initial “stone wall” that’s typical when trying to reach the accounts department in large organisations Jean would pursue a trail that lead to the person responsible for paying our invoices. After working her magic there would be friendly exchanges of dialogue and often laughter at her end of the call. In no time payments were received, relationships were established and payments flowed thereafter.

ABIS was perhaps best known for the many conferences we attended and workshops we ran on subjects ranging from Revenue Assurance, Margin Management, Risk Management and Fraud Management. Whilst the concept and general content of our presentations may have come from me, the artistic elements and creative builds were all Jean’s work. Later in our careers Jean played an increasingly active part in our workshops, engaging with delegates, prompting their participation but really shining during any social interaction.

Her ability to couple faces with names and places was a skill I have never learnt. So I have a confession, if anyone ever saw Jean whispering in my ear at an event it was probably to prompt me to remember who I was about to talk to, where we met them, the company they worked for and the names of their children!

During our association with the European Billing Association, that became the Global Billing Association, Jean and I were engaged to develop and manage the Billing Performance Benchmarking studies that ran for several years. We took over the work that had been started and again, whilst I did the conceptual work it was Jean that honed the detail. She developed the questionnaire and analysis spreadsheets, collated the confidential responses and compiled the data analysis that allowed me to have the simple job of writing the reports and conclusions for distribution to participants.

Jean also became an expert in world geography, time zones and global weather forecasts. We won a contract with Oftel, and later Ofcom, to conduct a project to analyse the charging accuracy of calling cards. Jean and I acted as mystery shoppers to buy the cards and photograph advertising material in shops. But it was Jean who undertook over 90% of all the calls made to test the charging characteristics – a task spreading over several weeks. She found numbers to ring on a truly global scale with recorded announcements of weather forecasts, travel guides, out-of-hours embassy answering machines and the occasional human contact who was happy to engage in an international call for 20 minutes or more at a time. She had a tenacity to see the job through even into the early hours of the mornings that was beyond mine. Once again Jean did the detailed data entry and analysis for me to work from.

We were fortunate to win contracts that took us to over 30 countries. Jean didn’t accompany me on all my trips but we did get to Malaysia, Hong Kong, Australia, France, Hungary, Cyprus, Ghana, Kenya, Puerto Rico, Singapore, South Africa, Thailand and the Philippines working together. Need I say it was Jean who organised all the logistics? It wasn’t all work; we played too and enjoyed a few days recreation in each location when we could.

Her insight and perceptive skills were always better than mine. Once our hosts in Ghana took us on a safari trip. Our two male hosts and I were intently scouring the countryside for signs of wildlife. Jean calmly and quietly whispered could we see the Giraffe? After pointing it out to us it was barely 5 meters away standing amongst the trees. Those legs provided good camouflage!

Aside from our “professional” life together Jean was my girlfriend then my wife, a mother then a grandmother. And in all those roles she was exceptional and was in particular a natural magnet for children who saw her as playmate, friend, educator and carer when cuddles were needed.

Throughout my life Jean has truly been “The Wind Beneath My Wings” in all I have done during our 47 years together.

Jean passed away suddenly after spending an evening in London celebrating our 41st Wedding Anniversary. I had the privilege of being with her as she finally rested.

If anyone wishes to make a donation to the British Heart Foundation in memory of Jean please go to: http://www.justgiving.com/remembering-Jean-Smith

From time to time, Commsrisk invites special guests to make an expert contribution.