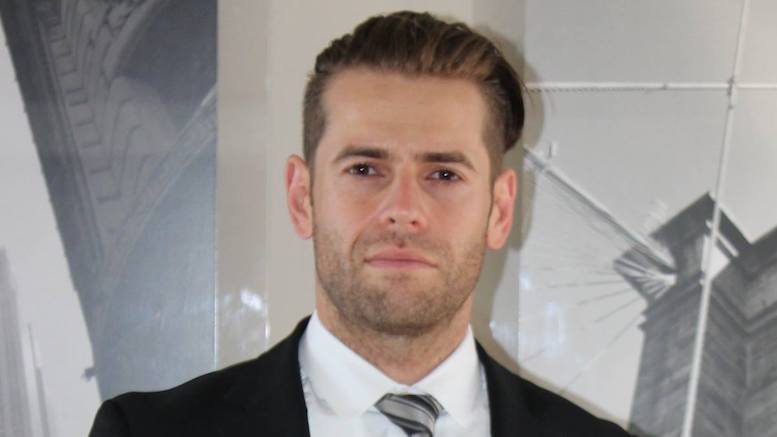 Tech tycoon and alleged text message scammer Eugeni ‘Zhenya’ Tsvetnenko (pictured) has abandoned the protracted legal battle which saw him imprisoned for three years whilst fighting extradition from Australia to the USA, reports ABC News. Tsvetnenko is accused of leading a scam that enrolled mobile phone users for premium SMS messaging services without their knowledge. Prosecutors allege that Tsvetnenko received USD14mn from his share of the scam proceeds. Several individuals are already serving lengthy prison sentences in the USA as punishment for their role in the scam. The offences of which Tsvetnenko has been accused carry a maximum penalty of 20 years in prison.

Victims of the scam had recurring charges of USD9.99 added to their monthly phone bills despite never agreeing to receive the premium SMS messages that were sent to them. Many ignored the messages believing them to be spam, and the identification of the unwanted charges was further complicated by presenting obscure references such as “25184USBFIQMIG” on the itemized bill. When customers did complain they found it difficult or impossible to receive refunds.

Tsvetnenko was charged for his part in the premium SMS conspiracy by New York authorities in 2016 but remained free until his arrest at his home in Perth, Australia, in December 2018. Russian-born Tsvetnenko was refused bail on three occasions on the grounds that his wealth and connections made him a serious flight risk. Eminent human rights barrister Geoffrey Robertson unsuccessfully attempted to petition the United Nations Human Rights Committee on Tsvetnenko’s behalf, arguing that Australian authorities undermined the right to be considered innocent until proven guilty by denying bail during extradition proceedings. Tsvetnenko has protested his innocence throughout and was expected to fight his extradition during a hearing at the Perth Magistrates Court in late August. However, Tsvetnenko unexpectedly consented when asked by the Magistrate if he would surrender to the US authorities.

Tsvetnenko was known for his flashy lifestyle. He flaunted his luxury sport cars, was photographed at celebrity events and hung out with stars like Snoop Dogg, who attended Tsvetnenko’s 29th birthday party. Tsvetnenko craved the trappings of success, and his credibility was enhanced by sycophantic awards bodies. Accounting firm Ernst and Young gave Tsvetnenko their Entrepreneur of the Year Award, and he also received a “40 Under 40” award from Business News magazine. It seems that none of these tech analysts or journalists had any real understanding of how Tsvetnenko made money.

US law has again proven it can reach around the world whilst being patient enough to pursue alleged fraudsters for the best part of a decade, but the total value lost to telecoms crime suggests the majority of scammers will never face punishment. Nobody promised justice would be swift, especially when it must be applied across borders, but legal systems are failing to keep pace with the speed of modern communications.

New frauds are developed in a matter of days and generate instant profits for organized criminals. Scammers can make a fortune within a few months. Slow justice means incomplete justice because the cost and effort involved in catching and prosecuting fraudsters means there will never be enough resources deployed to punish them all. In such an environment the only rational course of action is to invest in security and controls that prevent frauds before they can occur.

The obvious lag between networked crimes and their consequences can only serve to embolden more high-tech fraudsters, many of whom are reckless young men. They want a lavish lifestyle like that enjoyed by Tsvetnenko, whilst kidding themselves that their crimes are victimless because they never see the faces of those who are swindled. More must be done to prevent networked frauds or we will endure many more young men committing crimes that make this premium SMS scam appear crude by comparison.