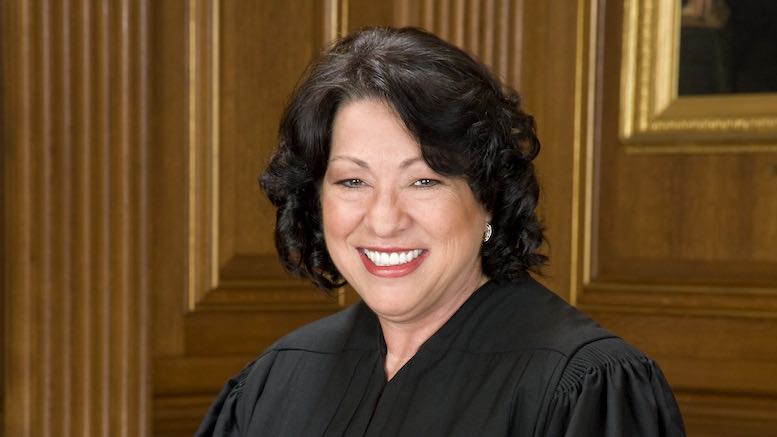 I suppose it is tempting, if the only tool you have is a hammer, to treat everything as if it were a nail.

― Abraham Maslow, Toward a Psychology of Being

Never send a lawyer to do an engineer’s job. The lawyer will spend an age debating the meaning of words, will charge you a fortune for their time, and when they are finished you will still need an engineer to do at least as much work as would have been required if you had skipped the lawyer and given the task to the engineer at the outset. Lawyers have their uses, but they are over-used in some countries, and this is often to the detriment of telcos and their customers. This month the US Supreme Court ruled on Facebook, Inc. vs. Duguid, a long-running case that relates to when companies may use an autodialer to contact people. The case was ultimately decided by the Supreme Court looking at the words in a 1991 law, and simply reading them correctly. However, the Supreme Court’s judgment has caused an outpouring of grief with numerous doomsayers claiming it will lead to a ‘flood’ of robocalls. So how did an astonishing number of highly-trained and highly-paid lawyers collectively deliver such a tremendous screw-up?

The genesis of the case occurred when Noah Duguid started receiving messages from Facebook that warned somebody was logging into Duguid’s Facebook account. There was only one problem: Duguid did not have a Facebook account. Somebody else had evidently entered Duguid’s mobile phone number when creating an account. Duguid objected to the messages but they continued. He was understandably annoyed at Facebook, but instead of blocking further messages he chose to take legal action, perhaps tempted by the prospect of receiving USD1,500 in compensation for every message received, based on his reading of the Telephone Consumer Protection Act (TCPA). This 1991 law sets limits on how an autodialer can be used, specifically saying it cannot be used to dial mobile phone numbers without the consent of the recipient. TCPA defines an autodialer as:

equipment which has the capacity—

(A) to store or produce telephone numbers to be called, using a random or sequential number generator; and

(B) to dial such numbers.

The Supreme Court’s opinion, penned by Justice Sonia Sotomayor (pictured), a 2009 appointee by Barack Obama, succinctly explained that Facebook had not been using an autodialer because their equipment did not use a random or sequential number generator to store or produce telephone numbers. Hence the provisions of the TCPA do not apply and Duguid is not entitled to compensation.

Now you might argue that is a stupid law. Perhaps so, but that is what the law says. Some lawyers, however, feel they have a power to determine what words should mean when they dislike the literal meaning of words. So whilst everyone can see there is a comma between “called” and “using”, Duguid and his lawyers essentially argued that the comma does not behave like a normal comma. They argued that the meaning of this clause was actually akin to the following: “to store, or produce telephone numbers to be called using a random or sequential number generator”. Note that if the comma was put after “store” then Facebook’s equipment would have been an autodialer, because it does store numbers, even if there was no random or sequential number generator being used. The US Supreme Court rightly dismissed that argument, because it is not up to them to re-write a sentence to change its meaning.

The U. S. District Court for the Northern District of California agreed and dismissed Duguid’s amended complaint with prejudice…

The United States Court of Appeals for the Ninth Circuit reversed. As relevant here, the Ninth Circuit held that Duguid had stated a claim under the TCPA by alleging that Facebook’s notification system automatically dialed stored numbers. An autodialer, the Court of Appeals held, need not be able to use a random or sequential generator to store numbers; it need only have the capacity to “‘store numbers to be called’” and “‘to dial such numbers automatically.’”…

We granted certiorari to resolve a conflict among the Courts of Appeals regarding whether an autodialer must have the capacity to generate random or sequential phone numbers… We now reverse the Ninth Circuit’s judgment.

So already a lot of lawyers have expended a lot of time arguing about the impact of putting a comma in a sentence, with a disturbingly high proportion, but ultimately a minority getting it wrong. Then more lawyers said the Supreme Court does not understand commas. For example, lawyers from Consumer Reports, a consumer advocacy group, argued:

As the lower appeals court noted in its ruling in favor of Mr. Duguid, and as Consumer Reports noted in an amicus brief to the Supreme Court that it joined, the reading of the definition that Facebook was urging did not make logical sense. It would make it impossible for a caller to ever comply with the consent requirement, since making calls randomly or sequentially does not involve knowing who is being called. The Court makes no mention of this point in its opinion, focusing solely on its reading of the punctuation.

These lawyers say the law cannot mean what the law says because it is illogical. But who said the law must be logical? At least some of the judges who handled this case lacked sufficient logic to parse a sentence. This particular argument about logic might have been more persuasive if the lawyers had checked with an engineer about whether it would be possible to design an autodialer that meets the requirement of only calling people who consent to be called, even though the number was generated randomly or sequentially. I hope the average engineer would require barely a moment to realize that a machine could first generate a phone number then check if there is consent to call that number, a combination that these lawyers consider impossible!

Meanwhile, lawyers at the National Consumer Law Center warned about a ‘tsunami’ of robocalls resulting from this Supreme Court decision.

“Companies will use autodialers that are not covered by the Supreme Court’s narrow definition to flood our cellphones with even more unwanted robocalls and automated texts,” said Margot Saunders, senior counsel for the National Consumer Law Center, which filed an amicus brief urging the Court to interpret the definition more broadly. “Americans already receive 46 billion robocalls a year. We call on Congress to act immediately to provide needed protection against unconsented-to automated calls and texts so that cellphones are not rendered useless due to the expected huge increase in unwanted robocalls and texts.”

Consumers can still protect themselves to some extent by registering their cellphone (and landline) numbers on the nationwide do-not-call list. However, rogue callers routinely ignore the prohibition against calling consumers who have registered.

It may not seem obvious to some lawyers, but I am pretty sure criminals who are willing to break the law are not going to be bothered by the exact number of laws they break. The USA’s National Do Not Call Registry already covers 240 million phone numbers. There would be nowhere near as many robocalls if it was actually respected by the people who make most robocalls. This illustrates why passing more laws will not provide a solution to the problem of nuisance robocalls.

The lawyers on the Supreme Court were put in an unenviable position because, contrary to must of the hyperbole about their ‘narrow’ reading of the law, the appallingly poor wording of this clause of the TCPA means the Supreme Court would either be forced to conclude an autodialer must work by generating random or sequential numbers, or they would have to conclude that anything which can store and dial a number is an autodialer. Can you think of any devices that you carry in your pocket which would also meet the latter definition? The ‘broad’ interpretation of this clause of the TCPA would effectively make huge swathes of telecoms technology illegal except when used to call people who have given explicit consent to be called.

“It was clear when the TCPA was introduced that Congress wanted to ban dialing from a database. By narrowing the scope of the TCPA, the Court is allowing companies the ability to assault the public with a non-stop wave of unwanted calls and texts, around the clock.

“Fortunately, we can and will act to make right what the Supreme Court got wrong. We plan to soon introduce legislation to amend the TCPA, fix the Court’s error, and protect consumers. If the Justices find their private mobile phones ringing non-stop from now until our legislation becomes law, they’ll only have themselves to blame,” the lawmakers continued.

Putting aside the spiteful attack on judges who are doing their job impartially, if Congress had wanted to ban dialing from a database then maybe they should have written those words into the law, instead of the jumbled mess they wrote instead. My confidence in Senator Markey’s ability to write new and better legislation is tempered by the realization that he too is a lawyer.

The USA has a severe problem with robocalls, but the root of this problem has little to do with what the law does or does not say. The USA is addicted to robocalls because enormous amounts of money have long been spent on legal uses of robocall technology. American politicians spend millions of dollars each year on hounding citizens for their votes or their donations; it is estimated that American politicians made over 9 billion legal robocalls during 2020. Perhaps the politicians might lead by example, and ban the use of robocalls for political campaigning and fundraising? Then again, they may not possess the skills needed to devise constructive solutions that go beyond inconsequential wordplay. Those 9 billion political robocalls resulted in a legislature that currently contains six scientists, five accountants, three carpenters, five engineers and 225 lawyers.