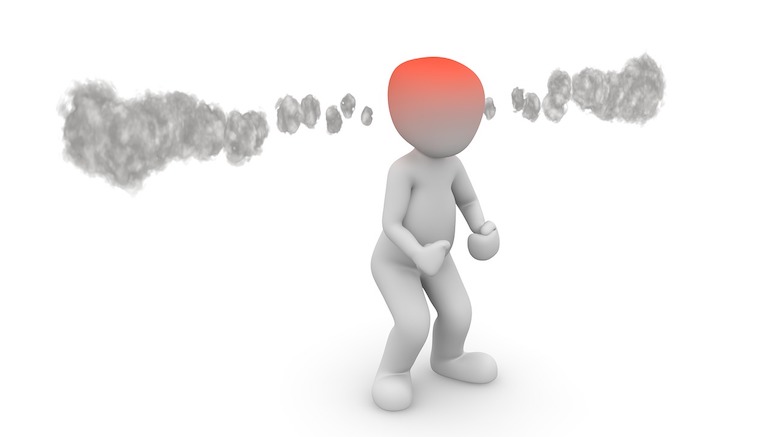 I received a message on LinkedIn the other day. It referred to one of my least interesting Commsrisk articles, which was about being spammed on social media about a new cryptocurrency. The emotional intensity of the message I subsequently received, which came from the man who presumably paid the spammer to do his spamming, gives you a feel for the kind of desperation with which some people routinely scour the internet just to see if anybody has noticed them.

Listen to me and listen good, WE DONT SPAM or use BOTs, We have offices in Malta, Spain, UK, Sweden. come visit us if you please,. Making post about is is regards to span? DID you even check the technology hu? NO so don’t give your option on what you have no clue about.

I have no intention of visiting the offices or checking the technology (whatever that means) of every idiot that spams me every day. Decent people should discourage these scumbags, not reward their behavior by giving them the attention they crave. Nevertheless, I wanted to share this irate message, with all its spelling and grammatical errors, so you can fully appreciate the kinds of weirdos that plague a website like Commsrisk.

My limited research into this crypto-get-rich-quick scheme only occurred because of spam created by an Asian man with a bogus social media profile that displays a photograph of Hollywood actress Emma Stone as his profile picture. It is ridiculous to then be lambasted by this outfit’s Head of Public Relations for correctly stating that they create spam. Since that article was written there have been a series of strange people seeking to educate me about the advantages of this particular cryptocurrency. If there was no spam, the chances of me discovering or caring about this likely con job would have otherwise been zero. It is not like I googled ‘new cryptocurrency snake oil schemes fronted by people who look like members of The Addams Family’.

Spammers who continue to pester me after I complain about their spamming are all spectacularly missing the point. My interest lies with the spam that clogs networks and with devising methods to prevent it. I could not care less about the products and schemes promoted by the selfish jerks who are to blame for spam. Nevertheless, they seek to punish me by obtusely pursuing their single-minded goals. One example is the aforementioned message, which was appended to a LinkedIn connection request. That request was easy to decline.

This message was sent from the LinkedIn account of a public relations official with no previous public relations experience, because his career consisted of spending 20 years installing equipment as a subcontractor for BT, then a job that involved setting up computers to mine cryptocurrency for an obscure company that dissolved soon after, followed by running a website for a small business that sells tech to crypto miners, and culminating in whatever the hell he thinks he is doing now. I guess he is now employed to do ‘public relations’ because he ran a website for a few years. If he was working for a real international business then such a promotion would be like appointing somebody to oversee logistics because they have learned how to ride a bike.

Part of me believes this reflects the sad decline of the British economy and people’s attitudes towards work. Installing phone equipment is honest and respectable toil. It delivers tangible benefits for real people. However, an increasing number of Brits may think the route to success involves discarding such work so they can concentrate on search engine optimization, cryptocurrency mining and social media spam. A man who used to have a valuable occupation now claims to do public relations for cryptocurrency schemes that literally promise to increase “equality and fairness” but whose main customer appears to be gambling websites.

Some people believe no publicity is bad publicity. I hope that proves to be wrong when the audience consists of professionals who are responsible for preventing crooks, spammers and clowns from using networks. But note how this article never mentions the name of this blockhead’s supposed cryptocurrency because I also know about search engines and the sleazy people that continuously lurk behind them.