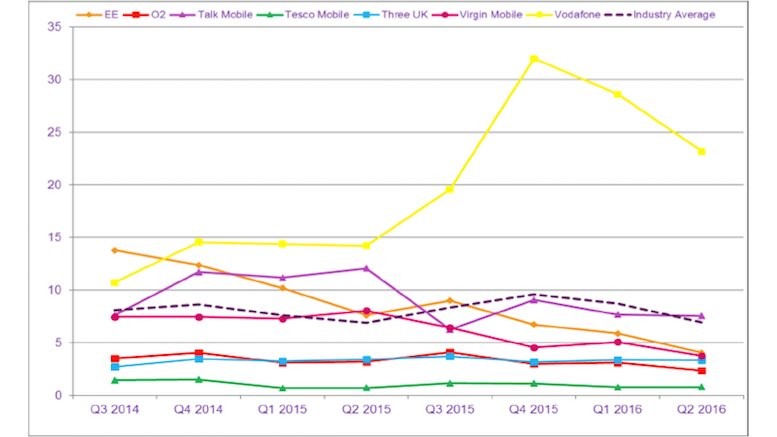 The people who oversee financial markets sometimes say things so they can avoid doing things. For example, if they hint about raising interest rates, it can prompt businesses to borrow less, and so reduce the need to actually increase rates. The point of the message is to nudge others into changing the way they behave, without incurring the risks associated with actively forcing change. Ofcom, the UK’s communications regulator, adopts a similar policy to protecting customers from inaccurate bills. However, its approach is to say it might do something in order to satisfy the expectations of any journalist that occasionally wanders by and notices a scandal taking place, and then to continue to make the right noises until that journalist has buggered off and stopped paying attention. Then Ofcom goes back to quietly doing nothing of use, like usual.

The rationale behind Ofcom’s communications policy is to keep everyone convinced that the UK regulator actively protects consumer interests despite many years of evidence to the contrary. There is no other way to explain the very unusual quote included in the announcement of the latest quarterly customer complaints data:

“Consumers have a right to expect good service and will rightfully complain when that standard isn’t met. If companies do fall short, we will step in and investigate, which can lead to significant fines.”

That certainly said things journalists want to hear, without promising to do anything in particular. Let me run the same segment through the Commsrisk translator, which will strip the text of all public relations spin and insert pertinent extrapolations from historic data.

Lindsey Fussell, career civil servant with a strong background in finance, said: “We hope providers pretend to care about customer service and complaints handling and so keep their worst screw-ups out of the national press. While complaints have gone down from recent record highs, providers must work harder to return to the previous mediocre levels of performance that we always let them get away with.

“Consumers have a right to expect good service and will inevitably complain when that standard isn’t met. If companies do fall short, we will step in and investigate and then take no action whatsoever, which has never once resulted in significant fines.”

Regular readers also know what to expect from Vodafone UK. You can see the graph above. I can barely be bothered to comment upon it, fearing that my words are as pointless as those emanating from Ofcom. Vodafone had another lousy quarter where postpaid mobile billing errors caused them to suffer three times as many complaints as the next worst performer, six times as many complaints as average telcos, and 23 times as many complaints as the best performing UK mobile provider. This is the seventh consecutive quarter where Vodafone UK has stunk up the complaints report, largely as a result of the most inept billing migration to have occurred during the era of electronic computers. At the current rate of improvement it will take Vodafone UK until mid 2017 to rediscover the middling level of service they last achieved in mid 2014.

As ever, there is only one important message that we should give to customers: they should check their own bills, because they cannot rely on anybody to do it for them.