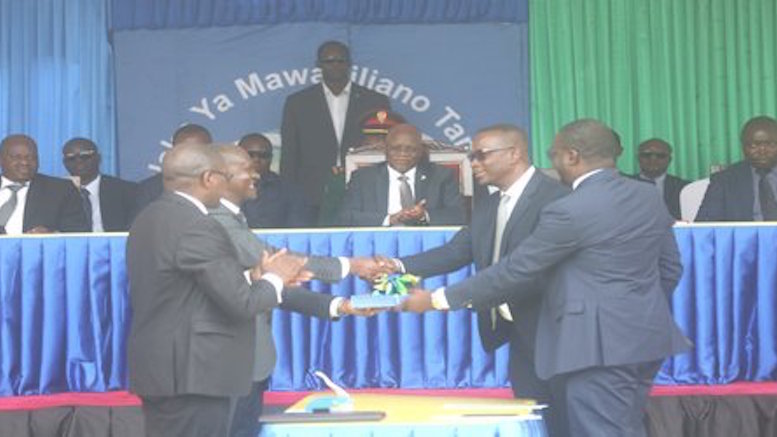 The biggest topical news story in international telecoms fraud is the Tanzanian government charging and jailing the Managing Director of the country’s largest telco, Vodacom Tanzania, because of his alleged involvement in bypass fraud. But it seems not even a day can pass in Tanzania without the authorities striving to punish somebody for bypass fraud, with Daily News reporting that another bypass case is a ‘step further’ to actually reaching trial… even though the fraud supposedly cost the government USD3mn, and the charges were first laid 16 months ago.

FINALLY, the [TZS] 7bn economic and money laundering trial facing four prominent figures, including renowned advocate, Dr Ringo Tenga, will move a step further as its investigations have been completed.

As with the Vodacom case, it appears that the government believes the only people in Tanzania who understand how to commit bypass fraud are the most senior leaders of Tanzania’s biggest businesses.

They are charged in the case jointly with Six Telecoms Company Limited on account of their positions in the company. Apart from Shamte and Chacha, the charge sheet indicates that Dr Tenga and Dr Noni are also directors of the tier one provider of integrated telecommunications services company.

If the Six Telecoms case is a fair guide to the speed of Tanzanian justice, then Vodacom’s executives can anticipate a long legal battle ahead of them. November 2017 reports of the Six Telecoms case show the prosecutors demanded more time to investigate, despite the crime having ended almost two years earlier, and even though they were receiving expert assistance from the Tanzania Communications Regulatory Authority (TCRA).

The prosecution led by Senior State Attorneys Jehovanese Zacharia and Jacqueline Nyantori, assisted by Principal State Attorney from TCRA, Johannes Kalungula, informed the court that investigations into the matter have not been completed.

The prosecutors also asked for more time to investigate when they visited court in January 2018.

Senior State Attorney, Mutalemwa Kishenyi told Principal Resident Magistrate Wilbard Mashauri… that the prosecution’s case file is with the DPP for reviewing of evidence so far gathered on the matter.

“Under such circumstances, your honour, investigations into the matter are still incomplete and I request for another mention date,” the prosecutor submitted.

In August 2018 they were unsure where to try the case…

Senior State Attorney Mutalemwa Kishenyi, for the prosecution, told the Kisutu Resident Magistrate’s Court in Dar ers Salaam yesterday that the DPP has not decided whether the case would be tried by the lower court or the Economic, Corruption and Organised Crime High Court’s Division.

“The DPP has not issued his decision on the outcome of the trial; he is still scrutinising the case’s file before giving any directives on how to go about the matter. Under such circumstances, we pray for another mention date,” the trial attorney requested.

“The prosecution is currently compiling supporting documents of the case, we therefore request for another mention date,” submitted Mr Mwita.

Both the Vodacom and Six Telecoms cases are driven by the determination of the Tanzanian government to receive 48 percent of a minimum USD0.25 per minute international termination charge. The regulator’s motives are obvious to everyone. What is harder to comprehend is the kind of investigation work performed by Tanzania’s official investigators, who presumably thought they knew who was responsible for the crimes back in November 2017. Tanzania has had a national bypass detection system, called their Telecommunication Traffic Monitoring System (TTMS), in place since 2013. As a consequence, the alleged Six Telecoms bypass crime should have been spotted straight away…

In the Six Telecoms case, the TCRA believes they are owed the very precise amount of USD3,748,751.22. Of this, USD3,282,741.12 is for termination fees they believe should have recevied, and another USD466,010.07 relates to unpaid ‘regulatory fees’. For those of you who know how to use a calculator, it is not clear what the TCRA believes the other 3¢ relates to.

But at least the Tanzanian authorities have always known exactly how much they are owed, and who owes it to them, even if they needed a long time to investigate some things that are presumably unrelated to the scale of the crime or who committed it.

You might think the repeated numbers of high-profile bypass cases involving prominent business leaders would generate a lot of commentary amongst Tanzanian internet users. However, in April 2018 the TCRA demanded all Tanzanian bloggers and YouTubers must pay hundreds of dollars in annual license fees. The Committee to Protect Journalists, a free press advocacy group, immediately condemned the TCRA’s policy. This did not discourage TCRA Director General James Kilaba, who reiterated in September 2018 that anyone not paying the fees could expect to be arrested. Tanzanian President John Magufuli must like the work done by Kilaba, because in January 2019 he extended Kilaba’s contract for five years.

Kilaba was appointed Director General of TCRA in October 2016 after his predecessor, Dr. Ally Yahaya, was sacked by President Magufuli. Yahaya was blamed for the failings of the TTMS bypass detection system and its suppliers. TCRA is still using the same TTMS system to detect bypass today. In January of this year Magufuli was full of praise for the TTMS system when he spoke at a ceremony to celebrate the transfer of its ownership to TCRA from the suppliers who had built and operated it since 2013. Magufuli stated it was responsible for detecting and eradicating huge amounts of fraud from the beginning of its use. He is pictured above, seated and clapping, whilst Kilaba is handed the ownership documents for TTMS by its suppliers.

One person who suffered from a loss of friends at TCRA is Ringo Tenga, the most famous defendant in the Six Telecoms bypass case. Tenga is a lawyer who trained at Cornell Law School, and he has been a long-standing member of the Law Faculty at the University of Dar es Salaam. Previously Tenga was considered such a respected expert that he even gave advice to TCRA on consumer protection in the communications sector.