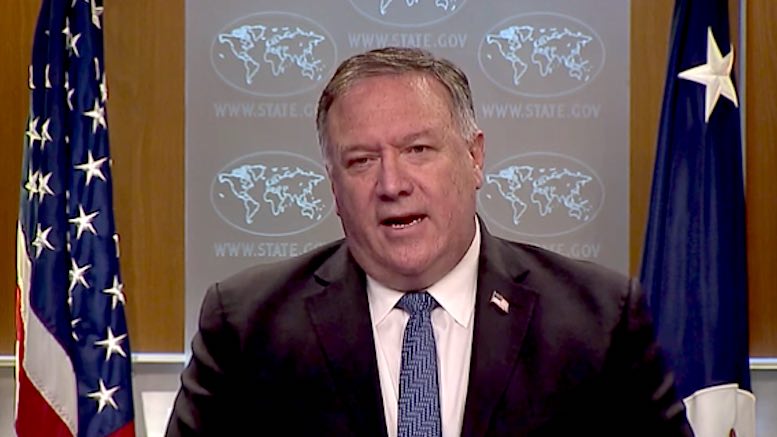 Last week the US Secretary of State Michael Pompeo (pictured above) announced a massive expansion of the ‘Clean Network’ program to curb the influence of the Chinese state and the Chinese Communist Party (CCP) on communications networks. Five new components were added to the program:

These five components have been added to an existing initiative, Clean Path, whose goal is to secure data on 5G networks in the USA. Pompeo called on all ‘freedom-loving nations and companies’ to support the Clean Network program.

Many responded with scorn. Those who decried Pompeo’s announcement can be crudely categorized as either pro-Chinese or anti-American. The pro-Chinese arguments focused on China’s right to economic progress despite the willingness of Chinese authorities to deny foreign firms access to Chinese customers. An editorial in the Global Times, a Chinese publication in English, described Pompeo’s plan as ‘madness’.

Pompeo and his likes are the geopolitical madmen of the 21st century who try to transform people’s minds, reset global attention and reverse the direction of world development. They would never allow China’s peaceful rise. They would rather suppress China’s development at the cost of peaceful global development.

The anti-American arguments focused on the supposed hypocrisy of resisting surveillance by other countries when the US state, and US carriers like AT&T, were the first to use communications networks to perform unlimited surveillance. Sam Biddle wrote about this ‘filthy hypocrisy’ in an article for The Intercept:

The post-9/11 NSA phone surveillance program, through which major telecom carriers like AT&T and Verizon cooperated with the government to provide sensitive data for hundreds of millions of calls and texts, was only shut down last year (and only reportedly shut down at that).

Whilst the latter critics may be accurate in observing that the USA has made extensive use of communications networks to spy on foreigners, they shy away from dealing with the fundamental question of how they expect Chinese surveillance to be curbed. They seem to offer nothing more than strong words, which might alter the choices of some voters in US elections, but is unlikely to sway decisions made by the Chinese government.

The US government’s strategy is clear enough: they intend to divide the world, and cause maximum discomfort for everybody who would prefer to sit on the fence. There are many who will otherwise linger in an indecisive gray zone where words are designed to distract attention from indecision, as should be obvious from the prevaricating content of European Union speeches at Mobile World Congress.

It is not uncommon to hear Westerners in this industry adopting all the politically correct positions on the treatment of Uyghurs, civil liberties in Hong Kong, the independence of Taiwan, and freedom for Tibet. They say these subjects matter to them just like they say they care about equality for women or climate change. However, these same people do not allow their sentiments to interfere with the maximization of profits, either by selling to Chinese customers, or more often by reducing costs through purchasing from Chinese firms or employing cheap workers in Chinese factories.

It is evident that the US government intends to distinguish between good and bad businesses, with the intention of leveraging access to the enormous US market in the same way that the Chinese government leverages China’s market. The US government even created a graphic to advertise the ‘clean’ telcos that customers should prefer. 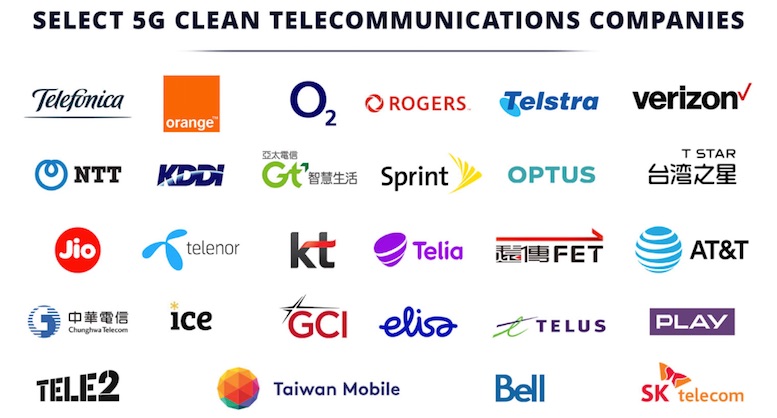 There will be some who hope this anti-China strategy is an aberration that will be reversed if Trump is defeated by Biden. That would be a mistake, and symptomatic of the same wishful thinking that leads them to ignore the dangers of treating Chinese businesses just like any other. Trump’s administration is merely continuing a journey that began with 2012 investigations by the House Intelligence Committee into Huawei and ZTE, followed by a 2014 government decision to ban Huawei from bidding for government contracts, and the 2016 decision to impose crippling sanctions on ZTE.

Biden may not pursue a trade war with the same zeal as Trump, but he is unlikely to expend political capital on removing barriers erected by Trump. Biden already suffers from the perception that he is soft on China, and he will not want to be painted as indifferent to the concerns of human rights activists or unemployed US workers. The clean network program is one fence that the Trump administration will successfully erect, and everybody in the telecoms industry will have to decide on which side they choose to sit.