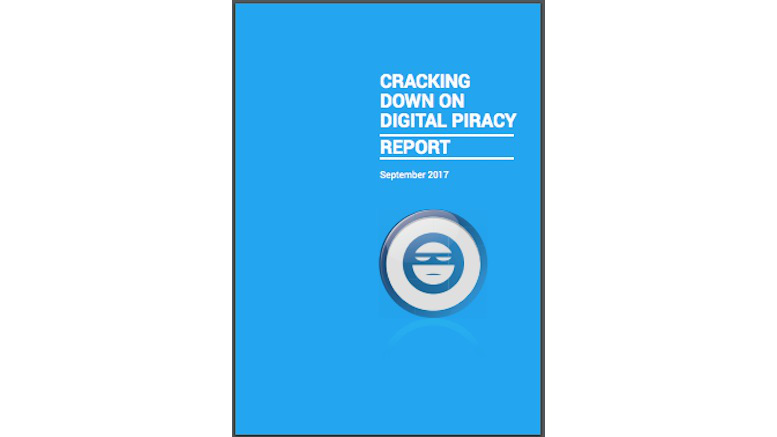 While it may be tempting for people to think they are getting a bargain when streaming illegally, it’s important to remember that there are organised criminals behind it, often associated with other serious crimes. Pirating content is not a petty crime; from release groups, to site operators to set-top box wholesalers and distributers, there is an international criminal business model.

That quote comes from Detective Chief Inspector Pete Ratcliffe, of the City of London Police. Ratcliffe is Head of the Police Intellectual Property Crime Unit, and his job involves clamping down on crimes like video streaming with Kodi boxes, which is why he was quoted in a press release from FACT, a UK body that lobbies to protect businesses from the infringement of their intellectual property. I completely agree with Ratcliffe’s statement. However, it also reveals a troubling double standard with respect to how the UK’s police treats serious organized crime committed via electronic networks.

FACT obtained their GBP9bn figure from a 2011 report written by Detica for the UK’s Cabinet Office. Some of you will instantly spot the problem. The specific crimes described by FACT’s report – such as the use of Kodi boxes to illegally stream movies – did not occur in 2011. There were no Kodi boxes in 2011. Detica’s report makes it abundantly clear that their GBP9bn number covers a very wide range of crimes that have nothing to do with streaming:

With the exception of the well-understood and documented copyright theft issue, the types of IP most likely to be stolen by cyber criminals are ideas, designs, methodologies and trade secrets, which exist mostly in tangible form and add considerable value to a competitor. But calculating the impact of this type of less-publicised IP theft is complex. Our approach produced three-point estimates for the economic value of IP by taking published figures for the value added to the economy per year in each sector and estimating the fraction attributable to IP.

Detica’s report analyzes its GBP9bn loss per industry, and contrary to the false impression created by FACT, the biggest losers were not the creative industries. Pharmaceuticals and biotech suffered most from digital IP crime, enduring a loss of GBP1.8bn per annum. The next five sectors in terms of losses were: electronic and electrical equipment, software and computer services, chemicals, automobiles and parts, and not-for-profits. They all lost GBP0.8bn or more. You may have noticed that none of these sectors maps to the creative industries, which is the focus of FACT’s report. Far from talking about pirating audio/visual content, Detica researched the piracy of drug patents, and car designs, and software programs, and all sorts of other IP crime which was conducted digitally. So, sad to say, the UK’s police has leant its name and credibility to a report when they must have known the figures cited are not connected to the kinds of crime that the police is trying to draw attention to.

Streaming piracy is a serious issue, but law enforcement policy should not be based on bullshit numbers. Though the authors of the FACT report went to some trouble to include an irrelvant billion-dollar figure, they were otherwise unable to provide a single monetary estimate of the scale of streaming piracy. That leads me to question why the UK police, and why the City of London Police in particular, is putting their limited resources into whipping up concerns about streaming piracy when they have already seen plenty of big numbers about traditional telecoms frauds, but choose to do little about them.

According to the latest study by the Communications Fraud Control Association (CFCA), the UK is among the top five countries for both the origination and termination of fraudulent calls. Though the results of the 2017 CFCA survey have not been made public yet, those who have seen it know that the global cost of the frauds they surveyed was estimated to be USD29.2bn in total. This was happily down from USD38.1bn in 2015, but this demonstrates the enormous scale of organized telecoms fraud has long been known. Telecoms fraud is an ongoing source of profits for serious organized criminals. With 5 percent of fraud originating in the UK, and 4 percent of fraud terminating in the UK, it follows that UK law enforcement should be addressing telecoms fraud worth over USD1bn each year.

In contrast, Freedom of Information requests made by fraud expert Dave Morrow tell us that the work conducted by the UK’s top police cybercrime team, which is based with the City of London Police, has had a negligible impact on telecoms fraud. Their figures identified telecoms fraud losses of only GBP3,085,683 (USD4.17mn) in 2015, and the 15 prosecutions brought between 2013 and 2015 recovered just GBP14,179.77 (USD19,143) in total! This leads me to believe the City of London Police is more interested in creating headlines about ordinary people violating copyright than tackling the true scale of serious organized crime that routinely plagues businesses, and which is being conducted using digital networks.

One of the cases documented in FACT’s own report shows us how the problem of persistent serious cross-border crime is being conflated with trivial local cases of streaming piracy.

In December 2016 Jhon Rosero, a 40-year-old man from London (SE14), pleaded guilty to an offence under the Serious Crime Act 2007, namely encouraging or assisting in the commission of an offence contrary to Section 11 of the Fraud Act 2006, by dishonestly obtaining services from Sky without their authority. He was fined £516 at City of London Magistrates Court for setting up an online marketplace seller account to sell devices that would enable the user to get content without paying for it.

Slow handclap for the dedicated law enforcement squad that secured a GBP516 (USD697) fine for a minor criminal who hacked Sky’s television service. How much was the cost of employing professionals to stop this misdemeanor? If FACT and the City of London Police want to argue that streaming piracy is not a petty crime, then probably they should avoid citing such petty examples of their work.

Meanwhile, what is the City of London Police doing about the UK’s ongoing multi-million pound problem with telecoms fraud? I do not know. I was one of several industry representatives who met with the City of London Police in May, begging and pleading with them to work more closely with the telecoms industry to tackle fraud. They seemed to be sympathetic. But then their time and attention was drawn to other priorities. That was understandable; terrorist attacks on London are more important than telecoms frauds. However, I must question police priorities after seeing a top City of London policeman has time to supply quotes for a report that hypes the threat of streaming piracy but offers no research into the scale of this crime. Why does the police find time to serve the UK’s creative industries but tells telcos that their losses will be dealt with ‘tomorrow’?

The same criminals engage in telecoms fraud over and over. As Dave Morrow has correctly said, persistent telecoms fraud has turned the UK into the “sick man of Europe”. Criminal gangs are running serious international enterprises that repeat the same frauds over and over. But our law enforcement agencies do nothing about them. And then, ironically, they try to instill fear amongst ordinary kids by suggesting that watching a naughty copy of Game of Thrones is equivalent to empowering the Chinese triads. What if I suggested the profits routinely generated by telecoms fraud could be used as start-up capital for new criminal business models, such as the distribution of Kodi boxes with illegal software? Would the police then agree that it is inadequate to educate the public about illegal streaming, when the police seems sadly unaware of the causes or consequences of other, larger, network-based frauds?

The police have put their name to a report about streaming piracy written by FACT, even though some of the facts presented within are designed to deliberately mislead the public. They say streaming piracy is linked to serious organized crime. Meanwhile, the police show a troubling lack of interest in the established and lucrative exploitation of international telecoms by serious organized criminals. This is a double standard, and the police can get away with it because the creative industries like to make a lot of noise about the losses they endure, whilst telcos are encouraged to keep quiet and shoulder the cost of fraud. Here is my message for the police, using words they should understand:

While it may be tempting for the police to think telecoms fraud is a victimless crime, it’s important to remember that there are organised criminals behind it, often associated with other serious crimes. Telecoms fraud is not a petty crime. The international criminal business model behind telecoms fraud can easily be adapted to supporting other cross-border digital crime. Experience shows that fraudsters never stop, they just adapt. Trying to tackle a new kind of digital network crime whilst completely ignoring an old but persistent and lucrative digital network crime will likely fail to reduce either in the long run.