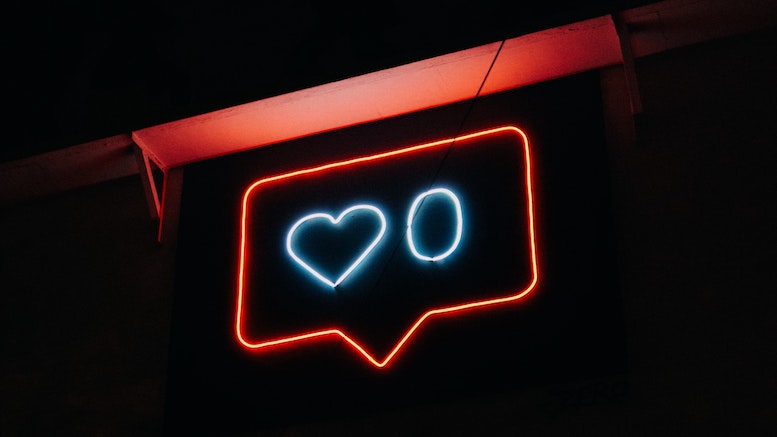 Most people know who Danny DeVito is. Even if you did not recognize the name, you will be familiar with the appearance of this diminutive actor, whose long career in films and television includes roles in Taxi, Twins, Batman Returns and It’s Always Sunny in Philadelphia. But somehow Twitter forgot who DeVito is, as signified by them removing the blue check mark that showed his account was authenticated, before reinstating it several hours later. Many speculated DeVito was punished by Twitter for expressing his support for striking workers.

“NO CONTRACTS NO SNACKS,” he tweeted.

We do not know why DeVito temporarily lost his authenticated status because the people who run Twitter do not feel the need to explain themselves to anyone. What we know is that businesses who run social networks feel entitled to make arbitrary changes to their rules, or how they are interpreted, with no regard for the consequences to users. This occurs despite the obvious extent to which social networks are indebted to users that create content. Millions of users make significant investments to build up their followings and this fuels the business models of the social networks they belong to. The ruthlessness with which users can be exploited and tossed aside was made painfully apparent by the recent decision that the OnlyFans network will ban sexually explicit content from the beginning of October. Whether you like or loathe pornography is irrelevant; OnlyFans is synonymous with pornography, so suddenly prohibiting it shows a callous disregard for the women whose personal followings are the reason this network has 130 million users and generated over USD1bn in profit last year. The following tweet is representative of the emotions of many OnlyFans creators at this moment.

onlyfans is banning all sexually explicit content from their platform.

they've also made billions off of the backs of sex workers.

as someone who does sex work on OF, i'm angry for every creator that has relied on OF for an income just to be thrown out. this is so fucked up.

The owners of OnlyFans say they are changing their rules because hedge funds and other potential investors refuse to invest in networks that promote porn, and because payment providers are reluctant to handle transactions where most of the money is going to sex workers. This may be true, but that does not explain why the British business behind OnlyFans wants to turn themselves into the next Instagram-Twitch-Patreon hybrid. They have no reason to believe they will be more successful than other firms already competing for the same target users. There is more reason to believe this policy change will doom OnlyFans to the same fate as MySpace and Google+. If Google were unable to construct a profitable social networking business by leveraging their considerable assets then why should a platform only known for hosting sex workers do better by brazenly discarding long-time users who made them popular?

Social media turns its users into goldfish devoid of long-term memories, so it is easy to focus too much on excuses for specific changes in policies rather than recurring patterns in this sector. Facebook was founded only 17 years ago and change is inevitable in immature markets, but the unhealthy rate of change in social networking owes more to fashion amongst young people and management strategies that focus on the number of users at the expense of more rational objectives like fostering profitable niches that can be sustained in the long term. Management obsessions reflect the peculiar views of investors that seem so focused on user growth that none questions how this will be converted into reliable profits later on. Facebook consistently generates billions of dollars of profit, not least because of its enormous scale, but networks like Twitter and LinkedIn are struggling to consistently break even or choose not to talk about their profitability. The latter networks have repeatedly tweaked their formulas without ever generating a significant breakthrough, whilst Facebook defends its position by simply buying any emerging competitive threats. Perhaps investment bankers would prefer not to be associated with the sex-driven model of OnlyFans, but that network had already captured a profitable niche that represents a far more rational long-term investment than the social networks it will now seek to emulate.

Change may encourage new users to join a social network, but it can turn former friends into enemies. Parler, a network with similar capabilities to Twitter, was taken offline by Amazon Web Services in January. This delighted many, but will likely lead to ongoing resentment of Amazon by avid Parler users. Many more supported Twitter’s permanent ban of Donald Trump, which also happened in January, and which Twitter says they will continue to enforce even if Trump campaigns and is elected as President of the USA again. This leads to a peculiar asymmetry where Trump was judged to have broken US law by blocking some people from following his personal Twitter account whilst he was President, whilst Twitter’s lawyers presumably believe they can stop all people from using their platform to listen to Presidents who fail to comply with Twitter’s rules.

Framing every debate around partisan division encourages us to see each decision in terms of its macro effects instead of the micro impact on individuals, but at the other end of the scale from Trump is the story of Nasim Najafi Aghdam, an activist who created videos about veganism, animal rights and fitness. Aghdam was so convinced that YouTube had discriminated against her by demonetizing her videos and making them difficult to find that in 2018 she drove to YouTube’s headquarters and shot three employees before turning the gun on herself. It is difficult to have sympathy with communications businesses that make decisions which can be interpreted as punishment for celebrities like Devito and wannabes like Aghdam whilst simultaneously allowing much worse from other users. In recent days Facebook and Twitter have been awash with messages praising the Taliban’s takeover of Afghanistan. There is something askew with businesses that inhibit pornography and censor elected politicians but claim to be powerless when a legion of extremists celebrate the resurrection of a murderous regime that systematically kills gays and rapes women.

A perception that social networks are ultimately inconsequential may allow them to escape tighter regulation. That would just mean investors should anticipate a succession of fashionable new platforms being launched with the intention of replacing their less fashionable forebears, just as Facebook killed Myspace and TikTok threatens Facebook. But there is also an extent to which even the portion of society that does not use social media is being trained to support increased government control of social media, often by the same people who encourage censorship and boycotts of TV channels which they only watch so they can discover reasons to despise them more. Government intervention may lead to greater barriers of entry and fewer opportunities for change, effectively solidifying the user base and guaranteeing that current winners in the market place will continue to be winners in future. However, the embrace of politicians who are more concerned with votes than choice would be the biggest risk of all. Some users of TikTok were encouraged to vote against Trump because of his opposition to the platform, but the way in which the Chinese government is currently hammering its tech industry suggests both users and investors are better off with a free market, even if some of them are too naïve to realize it.

Last week the Federal Trade Commission (FTC), a US regulator, lodged a legal complaint with a view to forcing Facebook to sell some of the businesses it previously acquired. This is the second time the FTC has filed its complaint, after the judge effectively said they had bungled their first attempt but gave them 30 days to try again. The FTC considers Facebook to be dominant and wants to effectively prevent Facebook and similarly dominant tech companies from being able to buy emerging rivals like Instagram and WhatsApp. The public mood appears to be against Facebook. Judges may apply the law dispassionately, but US laws are written by elected politicians, who not only need the votes of the public, but increasingly have their own reasons to limit Facebook’s influence. That Facebook has acquired so many users and generates such large profits but has so few friends or vocal supporters is indicative of how past decisions have alienated both users and people who never spend time on social networks. Only five years ago Facebook CEO and founder Mark Zuckerberg was laying the groundwork for future election campaigns. Facebook COO Sheryl Sandberg was also being touted as a contender for political office by serious commentators. That either might win a popular election now seems ridiculous, partly thanks to the goldfish version of reality they both helped to construct.

The promise of a bright, engaging democracy empowered by social media has morphed into public cynicism with networks that cannot be designed to please everybody because different people have conflicting goals. Those who are dissatisfied with changes in policy will remain unhappy for a long time. Those who are pleased with changes in policy become emboldened and soon start demanding further change. Consistency is the best approach, because then users and investors know the bargain they have struck will continue to be respected. Being consistent means giving up on the fantasy of trying to keep everyone happy, and so abandoning the goal of maximizing the number of users in favor of focusing on sustainable profits and customer satisfaction instead. Both individual users and governments are signaling why a more universal compromise cannot last for long. The odd truth is that the owners and managers of social networks seem unaware of what the rest of the world is trying to tell them.