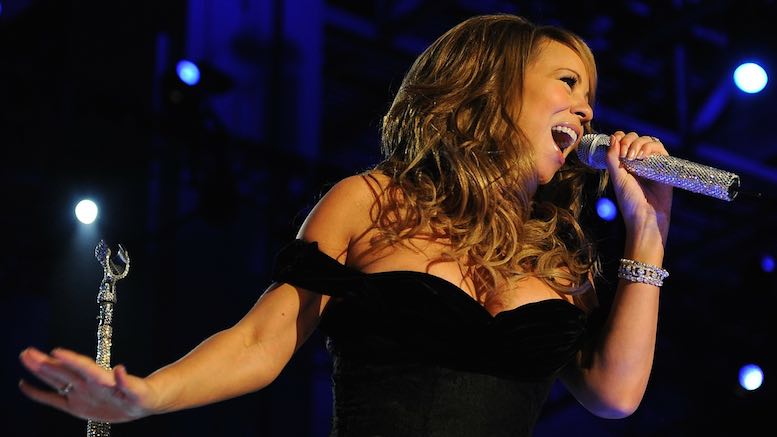 You do not have to believe in Jesus Christ to recognize that Christmas is big business around the world. Some people generate so much profit from Christmas that they can retire on their earnings, à la Hugh Grant’s character in About a Boy. Imagine that you had sung “All I Want for Christmas Is You” instead of Mariah Carey (pictured). Or maybe not, because you might be a terrible singer. But if you do sing as well as Mariah Carey then you might be topping the charts for popular Christmas songs instead of her. That would translate into a huge yearly income; USD500k is one widely-reported estimate of the annual revenues generated by Carey’s song, but that seems to be based on income from the UK alone!

Now the singing diva has diversified her revenues by turning the song into a CGI animated movie, where a smaller, cuter, Pixar-style version of herself just wants a puppy for Christmas (although puppies are definitely not just for Christmas). One pop song has become the foundation of a lucrative multimedia business empire. That begs a question: how much revenue is Carey and her Christmas song leaking? And who is assuring those revenues during the festive season?

The richest celebrities have plenty of lawyers and accountants to take care of them, and their needs are served by the various rightsholder associations who collect payment when songs are played in various venues. Those associations are not perfect; one of the best presentations at this year’s Subex User Conference related to the way a performing rights body preferred to pay the money they collected to rich stars instead of giving it to the lowly performers who had earned it, and most needed it. So no matter how you look at the problem, there is money to be made by assuring copyright revenues, and the rise of the internet should mean more of the assurance work is performed using automated data analysis. The total royalties generated by “All I Want for Christmas Is You” are said to be over USD50mn, so a one percent reduction in royalty leakage would have filled quite a few Christmas stockings.

Supposing you had the job of plugging Carey’s leaks, what might you spend that money on? Maybe you would treat yourself to a movie. Here is the trailer for Carey’s new Christmas film, which is cleverly based on the concept of reminding you of her best-selling Christmas song. Perhaps you might like to offset any leakage that Carey has suffered by purchasing a copy?