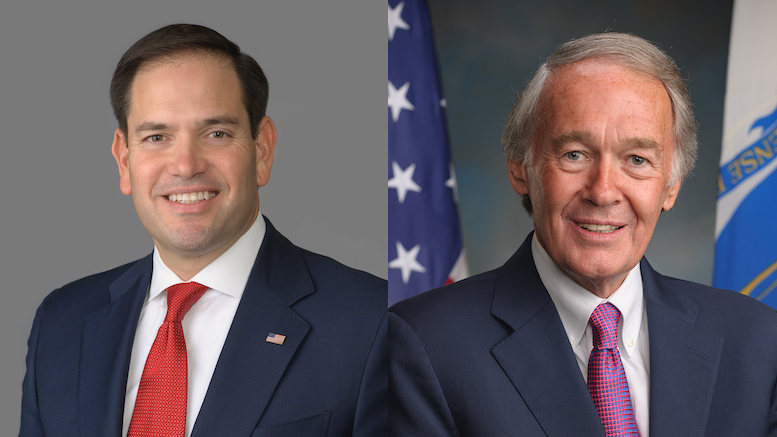 A new bill introduced to the US Senate by Senators Marco Rubio (R-FL) and Ed Markey (D-MA) intends to effectively prohibit any US telecommunications provider from purchasing network equipment made by Huawei, ZTE and several other Chinese-controlled manufacturers. If passed, the Secure Equipment Act of 2021 would extend an existing law that already prohibits the use of government subsidies for the purchase of network technology from a list of suppliers deemed an unacceptable national security risk as determined by the Federal Communications Commission (FCC), the US comms regulator. That list, which was only created in March 2021, currently names Huawei, ZTE, Hytera, Hikvision and Dahua, all of which are considered to be effectively controlled by the Chinese state. The new law would tell the FCC to deny authorization for any equipment or services supplied by firms on the risk list, even if the purchase would have been wholly paid for by the private sector.

Chinese state-directed companies like Huawei and ZTE pose a serious risk to our national security. The Chinese Communist Party subsidizes these companies and exploits loopholes in our laws to allow malicious actors to sell compromised equipment and services in the U.S. The status quo is dangerous, and we need to act now to strengthen our national security and protect our critical infrastructure.

In today’s increasingly connected world, we must animate our technology with our values, especially in the 5G networks that are critical to our future economic prosperity. That’s why our bipartisan legislation will make sure all of our devices and equipment are safe for consumers and secure for the United States. I’m proud to partner with Senator Rubio on this commonsense proposal and I look forward to fighting together for its swift passage.

FCC Commissioner Brendan Carr, the most senior Republican on the Commission, also expressed his support for the bill through his own press release:

Last year, the FCC adopted rules that require U.S. telecom carriers to remove and replace equipment produced by Huawei, ZTE, and other entities due to national security concerns. That was an important step that substantially advanced America’s national security. But those rules only apply to equipment purchased with federal funding. The FCC’s rules expressly allow carriers to use private funds to purchase and use that exact same equipment. And Huawei has been taking advantage of that backdoor into our networks. Indeed, a review of the FCC’s database shows that over 3,000 applications from Huawei alone have been approved since 2018, ranging from network gear to tracking devices.

It is time to close this glaring loophole. Once we have determined that Huawei or other gear poses an unacceptable national security risk, it makes no sense to allow that exact same equipment to be purchased and inserted into our communications networks as long as federal dollars are not involved. The presence of these insecure devices in our networks is the threat, not the source of funding used to purchase them.

Republican support for this bill can be taken for granted, but there will be some who feel despondent that Democrats also acknowledge the security threat posed by Chinese telecoms manufacturers. There are several telecoms industry commentators who indulged fantasies about Biden’s victory in the US Presidential election leading to a reset of trade relations and the return to an unequal playing field that allowed Chinese firms to increasingly dominate the supply of telecoms equipment across the free world, despite the closed nature of Chinese markets. That was unrealistic. President Biden has maintained the hostile policies towards China that were instigated by his predecessor, and last week Biden signed an executive order that largely perpetuates a Trump-era ban on investments in 59 Chinese firms that includes telcos like China Telecom and China Unicom as well as Huawei and SMIC, China’s largest chipmaker.

Cold War 2 has already begun. This war will largely be fought through technology and networks, and cannot end without a major change of direction by the Chinese Communist Party, or whoever replaces them as rulers of China. This is deeply inconvenient for many in the global telecoms industry, but the truth does not have to be convenient. The pandemic and the interruption of travel has somewhat disguised an inevitable fracturing of a business community that benefited from the international swing towards free trade that began in the 1980s and continued throughout the first decade of the 21st century. Now the pendulum is decisively swinging in the opposite direction, creating problems for those countries, particularly in Europe, that have become too dependent on trade with China.

Industry bodies like the GSMA may welcome the sponsorship of Huawei and have been willing to increase their reliance on Chinese support, whilst Western firms like Ericsson choose to absent themselves from Mobile World Congress. Meanwhile, the International Telecommunication Union is incapable of providing global leadership for anything except the most trivial aspects of telecoms security and cooperation. It is no longer credible to argue that electronic communications is a single collective enterprise where we all share common goals, even if we all want the benefits that stem from being able to connect to phones and servers everywhere on the planet. There will be some American businesses who will not worry too much because they never intended to sell much beyond their borders, and there will be some Chinese businesses who will have a similar relationship to their domestic market and Asian neighbors. International telcos and everyone else seeking to work across the global marketplace must make difficult choices about who they trust, and whose side they are on.

The complete and unusually succinct text of the proposed Secure Equipment Act of 2021 can be found here.