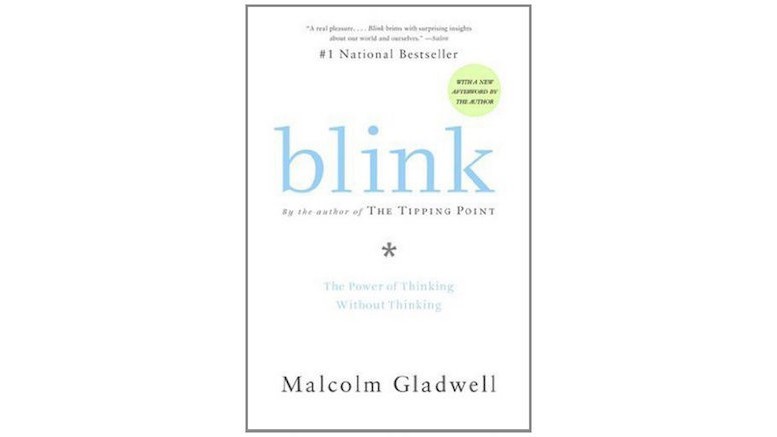 Long flights require a bit of preparation, especially if you’re leaving for a while or going overseas. Deciding on what flight entertainment you’ll use is one of the tasks that you should prepare before going on board. Independently of the entertainment provided by the airlines, I like to take my own entertainment on board because I don’t trust the airline’s offerings. For one of my recent flights I brought Malcolm Gladwell’s second book Blink: The Power of Thinking Without Thinking.

In his book Gladwell explains how the human brain’s ability to ‘thin slice’ can be corrupted by a person’s likes and dislikes, prejudices and stereotypes (even unconscious ones), and how our brains can be overloaded by too much information. ‘Thin-slicing’ is a term used in psychology and philosophy to describe the ability to find patterns in events based only on narrow windows of experience. In what Gladwell contends is an age of information overload, he finds that experts often make better decisions with snap judgments than they do with volumes of analysis.

In the book’s sixth chapter: “Seven Seconds in the Bronx: The delicate art of mind reading”, Gladwell narrates the story of Amadou Diallo – a Guinean immigrant who was shot 41 times by police officers as he reached for his wallet in the hallway of his Brooklyn apartment building.

…packed inside those few seconds were enough steps and decisions to fill a lifetime.

Just before midnight on February 3, 1999, four officers spotted Diallo standing outside of his apartment building and thought he was up to no good. As they backed the car up to investigate, Diallo stared at them questioningly. The officers stopped the car, got out and talked to Diallo. Diallo did not reply. He was terrified because his friends were recently robbed by a group of armed men. Diallo turned and ran into the building, with the officers chasing after him. As Diallo reached the door he pulled his wallet out of his pocket. The officers, thinking the wallet was a gun, opened fire and killed Diallo. The officers were put on trial for murder.

Gladwell says that the officers made three major mistakes in handling the situation:

Gladwell continues by introducing the most common form of rapid cognition – reading people’s facial expressions. He refers to this type of quick judgment as mind-reading, “…what happened on Wheeler Avenue is a powerful example of how mind-reading works – and how it sometimes goes terribly awry.”

Like the human mind, modern fraud detection systems also rely on the “thin-slicing” approach for profiling and scoring subscribers. The advantage of these systems is that unlike humans, they don’t need a few seconds or have limitations on the amount of information that need to be processed to come to a conclusion. With the digitizing of all sorts of content, along with the improvement and drop in cost of recording technologies, the amount of available information has become enormous, and is increasing exponentially.

The score and profiling of a specific user is now calculated based on the latest ‘snapshot’ of information contained in a personal file at the time the score is requested. Therefore, your score from a month ago is probably not the same score a lender would get from the credit reporting agency today. Fluctuations are quite common.

With service providers collecting more and more information about our activities, from social media networking to our shopping habits, scoring and profiling for accurate fraud detection cannot be corrupted by likes and dislikes, prejudices and stereotypes. When it comes to testing models and measuring data, or in other words, decisions based on data, it’s the machine ‘thin slice’ approach that is used to make character judgments. Unlike human algorithms, machines don’t assume things, they analyze. They just need good data. And you know what? They never blink their eyes and miss something.

This article was originally published on the WeDo Technologies Revenue and Business Assurance Blog. It has been reproduced with their permission.

The Global Landscape of Telecoms Fraud