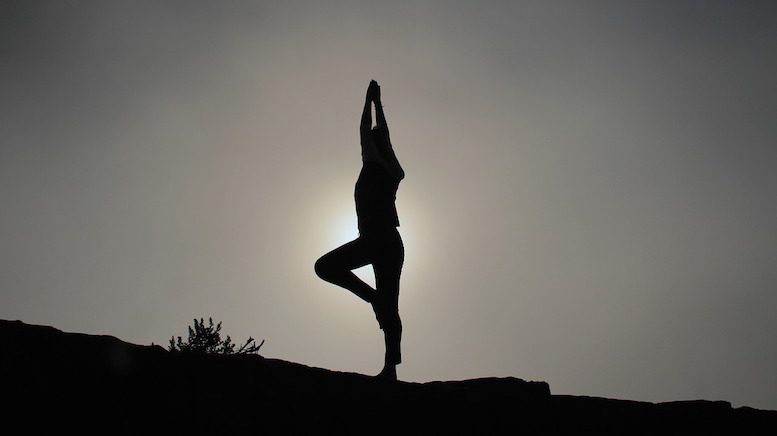 With all due respect, Master, is he not the Chosen One? Is he not to destroy the Sith and bring balance to the Force?

It’s time to reset the balance of power on the web and reignite its true potential.

Tim Berners-Lee never seems to lack ambition. You may say Berners-Lee is entitled to aim high; he invented the World Wide Web, and hence can take a degree of acclaim and responsibility for everything that followed. Solid is a more recent creation of Berners-Lee that has received heavy promotion, along with the start-up business inrupt from which Berners-Lee intends to guide “the next stage of the web in a very direct way”. All the hoo-ha implies Solid and inrupt will be very important, and Berners-Lee uses the loftiest language to describe them both:

…I have, over recent years, been working with a few people at MIT and elsewhere to develop Solid, an open-source project to restore the power and agency of individuals on the web.

Solid is how we evolve the web in order to restore balance – by giving every one of us complete control over data, personal or not, in a revolutionary way.

It is going to take a lot of effort to build the new Solid platform and drive broad adoption but I think we have enough energy to take the world to a new tipping point.

So I have taken a sabbatical from MIT, reduced my day-to-day involvement with the World Wide Web Consortium (W3C) and founded a company called inrupt… [which] will be the infrastructure allowing Solid to flourish. Its mission is to provide commercial energy and an ecosystem to help protect the integrity and quality of the new web built on Solid.

Inrupt’s success is totally aligned to Solid’s success. My partner and inrupt co-founder is John Bruce, an experienced business leader with the skills to execute on my vision for Solid. We share the same passion for creating a better and more balanced web.

Together, Solid and inrupt will provide new experiences benefitting every web user – and that are impossible on the web today. Where individuals, developers and businesses create and find innovative, life- and business-enriching, applications and services. Where we all find trusted services for storing, securing and managing personal data.

All of those quotes were taken from a recent blog post written by Berners-Lee. The title of that post is “One Small Step for the Web…”, echoing the symbolic significance of Neil Armstrong’s first step upon the Moon. But what strikes me about Solid is the simplicity of the essential idea, and its essential flaw.

It does not take much effort to describe what Solid is. To avoid any accusation of bias, here is a description of Solid in the words of the people promoting it:

Photos you take, comments you write, contacts in your address book, calendar events, how many miles you run each day from your fitness tracker… they’re all stored in your Solid POD. This Solid POD can be in your house or workplace, or with an online Solid POD provider of your choice. Since you own your data, you’re free to move it at any time, without interruption of service.

You give people and your apps permission to read or write to parts of your Solid POD. So whenever you’re opening up a new app, you don’t have to fill out your details ever again: they are read from your POD with your permission. Things saved through one app are available in another: you never have to sync, because your data stays with you.

YOUR POD IS YOUR PERSONAL STORAGE SPACE

Store anything you want in your own Solid POD. PODs are like secure USB sticks for the Web, that you can access from anywhere. When you give others access to parts of your POD, they can react to your photos and share their memories with you. You decide which things apps and people can see.

Think of your Solid POD as your own private website, except that your data interoperates with all your apps, which means you have your own personal API to go along with it. When you post comments or videos online, your friends can view them with whatever app they like, such as an album viewer or a social feed. It’s your data, that can be shaped in any way or form.

You can have as many PODs as you like, and they live on Solid enabled Web servers. Install the Solid Server on your own server at your home or workplace, or Get a Solid POD from a listed provider.

YOUR SOLID POD PROVIDES YOUR IDENTITY

In order to prove ownership of your data, you need a way to identify yourself. Rather than relying on a third party, you can use your Solid POD to say who you are. So no more “Log in with X” or “Log in with Y” on the Web — just “Log in with your own Solid POD”.

So basically it is like having your own hard drive connected to the web, where the personal data stored in the drive follows a common standard so others know how to access and use it, and where you could choose to rent the virtual space for the drive from a provider in the cloud instead of using your own hardware. In other words, it sounds much like the web: if we all follow the same protocol then we can all get computers to ‘talk’ to each other. And that is why the idea will fail.

That is why Solid will fail. Some developments – like Microsoft Windows or the World Wide Web – arrive at the perfect moment to capitalize on other developments – like the spread of IBM PC clones or the roll-out of user-friendly software which enticed many new people to try them. Other developments come at the wrong time. Solid might have succeeded if it had been launched 10 years ago. Now the opening of 40,000 new Solid accounts should not be considered a ‘surge’ in interest but instead represents a drop in the ocean that Berners-Lee is seeking to tip over. With billions of people connected to the internet, there are many others trying to find better ways to network and share information, which is why there is Ello and Gab and Diaspora and a hundred other services and communities who you may have read a headline about but never actually tried.

Yes, I know what you are thinking. Who am I to question a great innovator? But take a look at the history of innovation and you will see the people responsible for the greatest successes also come up with plenty of ideas that flop. Da Vinci was a genius but his plan for a primitive helicopter would have never left the ground. Isaac Newton invented calculus but wasted lots of time researching how to turn lead into gold. More recently Elon Musk has become known as the entrepreneur who backed space rockets that can land vertically but whose car factory only meets production targets by risking a drop in quality standards. Of course Musk could have learned from history: he is also a backer of the Hyperloop vacuum train which would be an update of the atmospheric railways that received plenty of investment in the 18th Century… without ever being successful. Nobody achieved anything without taking a risk, but the people who take risks do not always succeed. And all the grand language surrounding Solid and inrupt suggests Berners-Lee already knows why his latest venture will struggle in practice. He would not need to spout off about inequality and balance if most people simply wanted what he is offering.

Berners-Lee is gambling: network effects mean many more people will want a Solid POD if there are already many people who have a Solid POD. But for all the fuss being made about data breaches and loss of privacy, the standard response from the public is a mixture of indifference and demands that governments do something about it. Unlike Berners-Lee, not many are prepared to act on their own initiative. That is why it is apt to compare Solid to running a private website – how many of the personal websites that people started were abandoned soon after? Relatively few people will enthusiastically plough effort into managing their personal data and deciding who may access it. There is no evidence to support the conjecture that we are nearing a ‘tipping point’ which will restore balance to the web. So whilst we can accept that Berners-Lee is being sincere when he writes…

I’m incredibly optimistic for this next era of the web

…we should also remind ourselves that realism is a valid alternative to optimism. Berners-Lee may well have been the Chosen One when he invented the web, but he is no more likely to achieve balance than any of the characters in the never-ending Star Wars sequels. Individuals are inclined to be pushed off-kilter as they struggle with each other to realize their personal goals. Some want to give, some want to take, and the compromises that permit exchange are never perfect. The human saga is propelled forward, like many a movie franchise, because the finality of balance remains elusive.