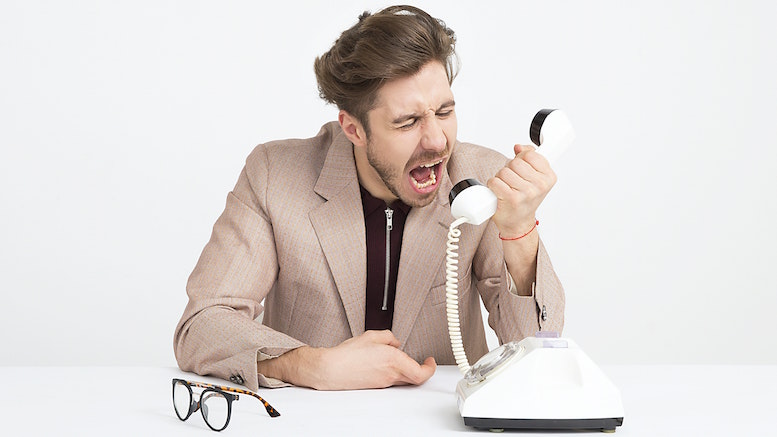 We should learn from mistakes, and the worst mistake made when enforcing anti-robocall rules is to identify someone guilty of spamming ordinary people but then let them off with inadequate punishment, encouraging them to come back and break the same rules again. Last week the Federal Communications Commission (FCC), the US comms regulator, announced they were investigating the ‘Cox/Jones/Sumco Panama operation’, an apparent conspiracy to deluge consumers with calls about car warranties. Per the FCC’s news release:

The Cox/Jones/Sumco Panama operation appears to be responsible for making more than eight billion unlawful prerecorded message calls to American consumers since at least 2018.

To put that into perspective, the YouMail Robocall Index says there has been 227bn robocalls to US residents from the beginning of 2018 to the end of June 2022. That means the Cox/Jones/Sumco Panama operation is accused of generating at least 3.5 percent of all robocalls during that period. The conspirators include numerous individuals and companies both within the USA and in other countries. But perhaps the most astonishing statistic is that the leader of this conspiracy, Roy Melvin Cox Jr. of Tustin, California, was permanently banned from engaging in any telemarketing business nine years ago, following an investigation into unlawful robocalls by the Federal Trade Commission (FTC).

Cox reached a settlement with prosecutors in January 2013 after he was caught violating the Telemarketing Sales Rule, a regulation stemming from the Telemarketing Act. The FTC concluded that Cox was responsible for repeated violations of multiple aspects of those telemarketing rules, such as making robocalls to phones listed in the national Do Not Call registry and disguising the origin of his robocalls. The court record for The United States of America v. Roy M. Cox, Jr., et al. states:

IT IS THEREFORE ORDERED that Individual Defendant [i.e. Cox], whether acting directly or through any person, trust, corporation, partnership, limited liability company, subsidiary, division, or other device, or any of them, is hereby permanently restrained and enjoined from telemarketing, or assisting others engaged in telemarketing.

That settlement also included a nominal penalty of USD1,125,741 but Cox was not required to pay because he said he did not have enough money. The nature of Cox’s 2013 settlement is disturbingly similar to the settlement agreed with Muhammed Usman Khan just three months ago. Khan nominally agreed to a USD3.3mn penalty as redress for spreading millions of illegal spam robocalls, but just like Cox he was not expected to pay a penny because he claimed he could not afford to.

Cox has a long list of accomplices for his latest spam operation:

Many of these people are resident in the USA, begging yet more questions about lackluster US law enforcement, especially when Cox’s 2013 settlement required him to provide a monthly update concerning any revenues he generates, anyone he employs, and all of his business associates for a period of 20 years. It is also revealing that Cox currently has accomplices in Panama and Hungary because the FTC already knew in 2011 that Cox’s robocalling schemes utilized front companies in those countries.

Cox resides in California but runs his allegedly illegal operation through multiple foreign corporations purportedly in countries such as Panama, Hungary, Argentina, and the Republic of Seychelles.

The new enforcement action from the FCC gives permission to US telcos to block inbound calls from a series of companies that originated the Cox/Jones/Sumco Panama robocalls. Those companies are: Call Pipe of California; Fugle Telecom of Wyoming; Geist Telecom of Wyoming; Global Lynks of California; Mobi Telecom of Wyoming; SD Telecom of South Dakota; SipKonnect of Florida; Virtual Telecom Inc. of Wyoming and Virtual Telecom Kft of Hungary. The FCC has increasingly sought to shift the blame for robocalls on to foreign sources but the facts of this case suggest much more needs to be done to tackle rogue telecoms business within the USA. The extent to which US anti-robocall controls have been corrupted is demonstrated by the one billion US robocalls ‘authenticated’ by STIR/SHAKEN during June.

Fighting illegal telecoms operations is often compared to the game of whac-a-mole because each attempt to hit a mole just sees another pop up somewhere else. The criminal history of Roy Cox shows why the game of cat-and-mouse is a better analogy. US regulators and the US justice system are able to catch robocall spammers, but they keep letting them go, only to chase them again. Increasingly hostile language from the FCC and other US authorities seeks to influence public perceptions whilst shifting the responsibility for tackling robocalls to the private sector. However, there is no point demanding better and better protections against an increasing number of robocalls if the people who generate those robocalls only ever profit from their crimes and never receive any meaningful punishment.

There will not be many people with the knowhow and contacts needed to build up a profitable illegal robocall operation. The authorities exhibit a severe form of cognitive dissonance when they insist robocalls cause billions of dollars of harm but refuse to impose any prison sentence or fine upon the relatively small number of career criminals who are responsible for this harm. This case with Roy Cox will be a genuine test of US mettle. Cox is a repeat offender. They let him get away with negligible punishment before, only to suffer the consequences as he built up a new criminal robocall operation. But do they have the will and the power to levy a penalty on Cox so severe that it will discourage him from committing the same offense again in future, and to serve as a genuine deterrent to others?

Swipe Left to Sue Robocallers: Is This App a Scam?