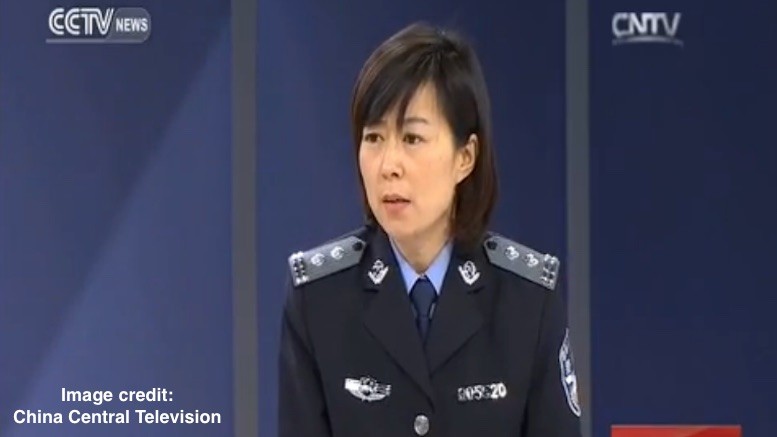 The new rules were jointly issued by China’s Supreme People’s Court, the Supreme People’s Procuratorate (the highest ranking prosecution agency in China) and the Ministry of Public Security. They are a response to a rising tide of fraud, which is partly being blamed on scammers in Taiwan and South East Asia. Chinese police have accused foreign criminals of calling victims on the Chinese mainland and pretending to be Chinese law enforcement officers in order to extort money from them.

The Supreme People’s Court (SPC) recently reported that 93,000 cases of telecom and Internet fraud had been brought between January and November of 2016, resulting in penalties for 52,000 offenders in total.

Rising telecoms and online fraud has led to coverage of the issue on Chinese television. For example, last week Chinese Central TV covered the topic by interviewing Du Fang, Deputy Director of the Social Science Department at the People’s Public Security University of China (pictured above). She emphasized that fraud is an organized criminal enterprise and that greater international cooperation is needed to counter it. You can watch the interview, which was conducted in English, by clicking this link (opens in a new window).