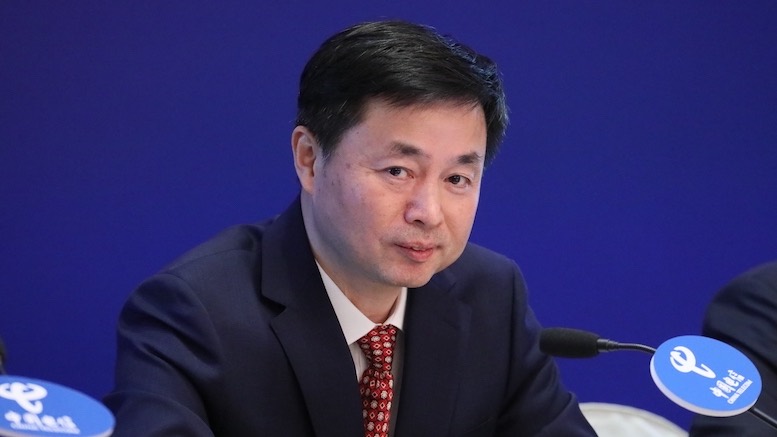 First, we find that CTA, a U.S. subsidiary of a Chinese state-owned enterprise, is subject to exploitation, influence, and control by the Chinese government and is highly likely to be forced to comply with Chinese government requests without sufficient legal procedures subject to independent judicial oversight. Second, given the changed national security environment with respect to China since the Commission authorized CTA to provide telecommunications services in the United States, we find that CTA’s ownership and control by the Chinese government raise significant national security and law enforcement risks by providing opportunities for CTA, its parent entities, and the Chinese government to access, store, disrupt, and/or misroute U.S. communications, which in turn allow them to engage in espionage and other harmful activities against the United States.

The FCC also implied that China Telecom Americas had lied to them.

China Telecoms Americas was said to have a track record of being unreliable and failing to comply with obligations.

If that were not enough, the FCC said that the rest of the US government also wants to kick China Telecom out of the country.

Finally, although it is not necessary to support these findings and conclusions, we find that the classified evidence submitted by the Executive Branch agencies further supports our decisions to revoke the domestic authority and revoke and terminate the international authorizations issued to CTA, and the determination that further mitigation will not address the substantial national security and law enforcement risks.

China Telecom has engaged in a long fight over the revocation process, repeatedly arguing that the FCC is not abiding by US law or its own rules. However, they must have known there would be no return from their long retreat, and have been bolstering their reputation in other countries in order to deflect the damage done by the USA. For example, China Telecom proudly announced a few weeks ago that they were winners in the “Most Honored Companies in Asia” poll of financial services magazine Institutional Investor, with the Best CEO accolade going to Ke Ruiwen, CEO and Chairman of China Telecom (pictured).

FCC Chair Jessica Rosenworcel has never hesitated to launch bold political attacks when it suits her, so it was telling that she adopted a resigned tone in her personal statement about banning China Telecom.

…some countries may seek to exploit our openness to advance their own national interests. When we recognize this is the case and cannot mitigate the risk, we need to take action to protect the communications infrastructure that is so critical to our national security and economic prosperity.

That is what we do here today. We take an important and necessary step to protect that infrastructure by revoking and terminating China Telecom Americas’ authority to provide interstate and international telecommunications services in the United States.

Other Chinese businesses will also be banned soon, as indicated by Rosenworcel’s statement.

…now that we have completed our review of China Telecom Americas, we are moving expeditiously to complete our security reviews for similarly situated carriers like China Unicom Americas, Pacific Networks, and ComNet.

…with this decision, we have established a clear precedent for revoking a foreign carrier’s existing authorizations when there are national security concerns.

…the FCC is coordinating with Executive Branch agencies on implementing periodic review of foreign carriers’ authorizations to provide service in the United States. This will help ensure that we can stay on top of evolving national security, law enforcement, policy, and trade risks.

In a separate move, the bullish attitude of US politicians towards the control and use of electronic communications was emphasized by a new draft law that would require the USA to provide internet services to residents of countries where the internet is blocked or filtered by the government. The long-winded title of this new legislation is the “Protecting Against Tyrants by Restoring Internet Access and Yielding Vital Interconnectivity in Designated Areas Act”, but really this name is just a contrived way of trolling the government of Cuba. The acronym “PATRIA Y VIDA”, which means “homeland and life”, is a reference to a protest song associated with anti-government demonstrations in Cuba this year. That song title is itself a play on the “patria o muerte” (“homeland or death”) slogan of Fidel Castro.

The PATRIA Y VIDA Act is sponsored by Senators Marco Rubio, Rick Scott and Bill Hagerty, all of whom have taken a strong stance against Cuba’s government, but could potentially have a worldwide impact if used in concert with the armada of low orbit communications satellites being launched by several businesses including SpaceX and Amazon. The US-powered supply of internet services would be the modern equivalent of the Voice of America radio broadcasts that began during World War 2 but evolved into an important way of engaging the sympathies of listeners in the Soviet Union and its allies during the Cold War.

Many people working in the comms sector have wanted to believe the internationalist consensus that dominated during the last 40 years would soon return after a brief lull under US President Donald Trump. They allowed their personal feelings towards Trump to blind them to fundamental changes in international relations. Cold War 2 is not hyperbole. It has begun already, and networks are on the front line. Some telcos will find they are no longer able to do business in countries where the government is hostile to foreign owners. Others will fill the vacuum created, perhaps leading to the international rise of comms providers based in non-aligned countries, such as those found in South Asia or the Gulf of Arabia. Telenor attempted to exit the Myanmar market by selling to a Lebanese business, whilst Nokia have said they will not do new business in Iran because of the challenges involved in complying with both US and EU law.

The fight for power will not just determine who can own which telcos, but will increasingly involve the content that is transmitted down the line. Improvements in filtering technology that are badly needed to protect consumers from criminality could just as easily be used for political purposes. The world of communications is fracturing, leading to new risks, new opportunities, and the need for a lot of new thinking.

The full text of the FCC’s revocation order for China Telecom Americas can be found here.