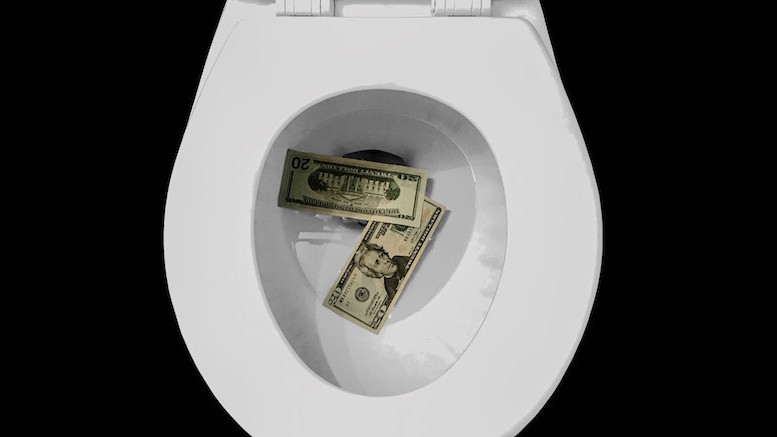 Why Least Cost Routing Is Too Expensive

AurorA has operated in the international telecommunications market since 1994. Since that time the telecom landscape has evolved and transformed and the pace of change has accelerated. The liberalization and deregulation of telecoms since the 1990’s, the move to native Internet Protocol (VoIP) and the deployment of fiber optic networks spanning the globe have driven voice termination prices steadily downwards. Per Telegeography, the annual CAGR for international telephony between 1983 and 2007 was 15%; if we now include Skype and other OTT apps international voice traffic is still growing over 15% per year. People still want to talk with friends, family and business associates overseas.

Choosing quality over least cost routing (LCR) is is the central philosophy at AurorA. In our view the concept of least cost routing for international voice traffic is outdated, ultimately more expensive and leads to substandard business outcomes. Choosing the highest quality termination, i.e. a direct route that passes true calling line ID (CLID), actually leads to better value and over a longer period of time, higher revenue and lower overall total costs.

The factors behind this philosophy are:

Direct costs are lower if you choose premium quality over a cheaper but lower quality route. The LCR way will lead to call failures and trouble tickets. Customers will complain. The cost of chasing trouble tickets can be substantial as well as the re-routing necessary until the faulty route is fixed. Customer service staff to take the calls and service technician costs will increase. These costs can quickly eat up the lower rate per minute of the cheap route.

Secondly, only a small percentage of customers that experience poor quality or call failures will actually complain and take the time to put in trouble tickets. The silent majority will simply stop using your service and use an alternative. They will, however, complain internally to their management team about the poor experience which degrades your brand.

Top-line revenue will then also decline over time, initially from customers not using your sub-quality voice service, but further once your organization develops a reputation for poor quality. The maxim ‘how you do one thing is how you do everything’ describes that phenomenon. Customers will not renew, or would look more favourably on competitors offerings. One poor niche allows a competitor an advantage and an avenue to exploit.

This is especially true if your customers are enterprise or business customers. Commercial customers demand excellent quality from your entire service offering. International voice termination may be only a small fraction of your portfolio but if they cannot rely on the calls completing each time, every time with superb ‘pin drop’ audio quality than it would reflect poorly on the rest of your service offering.

Insist upon the highest quality, premium international voice termination. The penny pinching of using an LCR is not worth it, and over the long run higher revenues and lower costs accrue from providing superior quality service to your customers.

A Superior Dial Plan Is Essential

Now there are carriers whose A-to-Z rate sheet can offer thousands of pricing codes. There will still be the landline rate with perhaps some other routes to major cities and a breakout now for each mobile carrier in the country but there are also more expensive premium rates that are a potential risk for fraud.

In Canada and the U.S. in the 1990’s there was an explosion in the use of 900 or 976 numbers to offer premium services at a high per minute call rate that would be charged to the caller on their phone bill. Examples included weather reports, psychic hot lines and especially adult (phone sex) chat lines. The high per minute rates could lead to large phone bills very quickly and scammers would use all kinds of tactics to get people to call these numbers as they would get a split of the revenue from the phone company for each call. Consumers and businesses smartened up and blocked 900/976 numbers and eventually the internet came and killed that particular market.

Overseas countries still have premium numbers and they live on through various names: Special Services, Non-Geographic Numbers, Universal Numbers, Telematic Services etc. These numbers are premium in that usually they are at least ten times the rate of normal termination. They can have some legitimate applications; for example non-geographic numbers refers to a remote number, not tied to a physical destination such as if I wanted a Cyprus number to ring to my cellphone when I was elsewhere so my Cyprus customers could reach me.

They can be used for darker purposes though, through a scam called International Revenue Sharing Fraud (IRSF). In IRSF, the carrier in the far end country that owns the number ranges leverages blocks of numbers they own by applying higher rates and assigning them to resellers outside of the country. Then hackers obtain these numbers, attack PBX’s and IP PBX’s and then machine generate calls. They then share the burst of revenue generated with the carrier in the country that owned these numbers providing a quick source of cash.

So how can you protect yourself? It comes down to your own dial plan. You want to make sure that you don’t allow access to any premium numbers with such creative names like those listed above. When choosing what international carrier to use to terminate your traffic with, beware of those whose dial plans are riddled with such premium ranges, even if they seem to have low rates otherwise. It may be an arbitrage ambush. If they have many more premium pricing breakouts that do not exist on other carriers rate sheets you should avoid them like the plague. It doesn’t take many calls to the premium numbers to swamp any anticipated savings from using their ‘low’ per-minute rates.

This is where an LCR that routes only based on a cheap per minute rate can get fooled by hidden premium ranges in suspect dial plans..

International telecommunications has become a high volume, low margin industry. That is why we believe that you should trust your traffic to a partner who provides value beyond simply completing calls at ‘the lowest rate’ via LCR. That approach can actually cost you big time! You want a partner who provides high quality service and is motivated in protecting you and your customers from fraud, because even a single money-losing event is one too many and can wipe away any per-minute savings in an hour.

What can we do to mitigate and minimize the losses to the criminal gangs and hackers?

How does my A to Z route guide help mitigate fraud exposure? Well let me go through the list and explain.

The global network carries hundreds of billions of voice minutes on an annual basis by wholesale carriers such as Tata, Orange, T-Systems etc. Using Big Data and AI, these carriers can detect suspicious call patterns and trends. Even with the size and complexity involved, this takes place in near real-time. Once detected, an alert is promptly sent to the affected customer.

At AurorA we go a step beyond that by proactively blocking the suspicious traffic stream immediately upon the alert (for all of our customers). Blocking, however, is only part of the solution. To keep your route guide from automatically going to the next choice, the proper non-routable ISUP/SIP release code is sent to indicate fraud blocked numbers so that it doesn’t just propagate through the route guide.

By maintaining a database of fraud events, we can also proactively block specific numbers/ranges where fraud has been detected before. Traffic is then monitored for any call attempts made to known fraudulent numbers as well as to any unallocated number ranges.

Calls to unallocated numbers may be fraud as well. A reseller may make a deal with the number range owner, usually in a low volume, high cost destination for exclusive rights to certain of these number ranges. Often they are called premium or ‘special’. A regular report of call attempts made to blocked numbers can be a warning sign of criminals testing your network, to see if calls complete to their chosen fraudulent numbers.

The key is to ensure that your dial plan is constantly up-to-date with current worldwide numbering (updated weekly) and that you avoid using carriers that have a plethora of such premium or special number ranges on their dial plans. Further safety can come by proactively blocking high-rate destinations where you know that your end customer base has no call volume to.

AurorA Is a Member of the i3Forum

In 2007, eight of the world’s leading carriers set up the i3Forum. It was initially meant to expedite the international telecommunications industry’s transition to IP but has since broadened its mission. The i3Forum’s approach is open, simple and pragmatic and it aims to:

The i3Forum now has 29 members including such major carriers as AT&T, iBasis, Telefonica, Orange, Tata, T-Systems, Vodafone and others. It has a roadmap and focuses on a few key topics that require industry collaboration. The one that is near and dear to AurorA’s heart is the Fight against Fraud.

Fraud in international telecommunications is a huge and growing issue. Hackers and criminal gangs now make more money from telecom fraud than they do selling illegal drugs. It is an issue that cannot be resolved by any one single carrier; we need to work together as an industry to combat this scourge.

I am honoured and humbled to say that AurorA International Telecommunications Inc. has been accepted into the i3Forum as a member, specifically as a “Friend of the i3Forum”. AurorA believes and supports what the i3Forum is trying to accomplish, especially in the Fight against Fraud. I hope to be able to get information, updates and best practices and also be able to contribute where I can. On social media and on its blog, AurorA promotes the i3forum and its objectives.

Choose to use a quality, reputable carrier who you trust with your overseas calls.

If you have any further questions, please feel free to contact me. This post is an aggregation of some of the material on our blog, which you can find here.

Also, a thank you to Robert Benlolo of Tata whose expertise in this field has provided me with guidance.

This article was originally published on LinkedIn; see here. It has been reproduced with the author’s permission.

Timo Vainionpää is the owner of AurorA International Telecommunications Inc., which was founded in 1994. Since then AurorA has provided outstanding service and solutions to the wholesale international telecommunications market in Canada, the United States and overseas. Voice termination and MPLS circuits are the key services provided to other telecom providers.