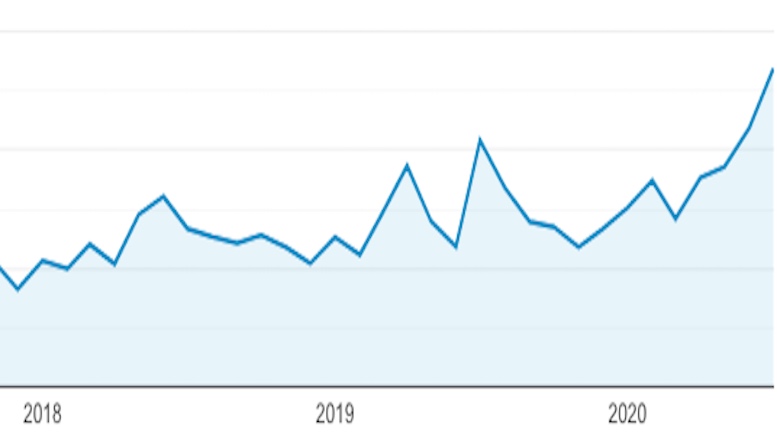 Readers are visiting Commsrisk in unprecedented numbers, with July 2020 setting a new record for visitors during a calendar month. The total audience for July 2020 smashed the previous record, which had only been set in June. There has long been an upward trend in Commsrisk’s readership, but the July 2020 audience was significantly above previous levels, with 29 percent more visitors than July 2019, which was also a record-breaking month at the time.

I never share absolute figures for Commsrisk’s audience because it is so easy to manipulate and lie about numbers like these. Whilst I would choose to tell the truth, nothing stops a buffoon with zero followers from pretending to have double as many visitors as Commsrisk, and experience shows many credulous people will accept such nonsense without hesitation. This turns honesty into a disadvantage and Commsrisk would become a casualty in a competition for liars to invent the biggest numbers they think gullible people will believe. However, I thought it worth showing Google’s graph of Commsrisk visitors since 2018 (pictured above) to illustrate how much larger the Commsrisk audience was in July compared to historic norms. I can think of two hypotheses to explain why Commsrisk is going through a period of accelerated growth:

I suspect both forces are at work. Careful analysis of the time that people visited Commsrisk suggested their visits coincided with lunch breaks, or with the daily commute in cities where people use public transport. These patterns have degraded during this year, probably because there are fewer inhibitions about visiting websites whilst working from home. Psychology also tells us that different people prefer to learn in different ways. Whilst some like to read, others gain more by listening. RAG TV has gained such a large audience so quickly because it offers professionals a different way to learn about hot topics of interest to them. This then leads many more people to be introduced to sources of information they previously knew nothing about, including Commsrisk.

There was one news story in July that was guaranteed to generate a lot of interest: the acquisition of SIGOS by Mobileum, resulting in the creation of a relative giant in the arena of telecoms testing, risk and assurance. It came as no surprise that this story topped the charts for July. However, the article captured less than 7 percent of pageviews during the month, which is far too low to explain the overall increase in website traffic. Visitors to Commsrisk are first landing on a wide variety of different pages, then choosing to read two articles on average before they leave again.

The following ranking is given in order of the number of unique pageviews during July.