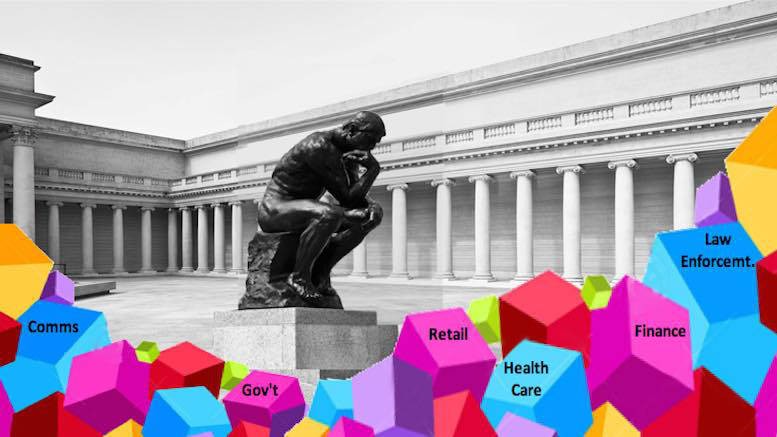 For decades, the data used by telcos to do fraud checks and verify identities has been limited to data internal to the comms industry.

But if fraudsters are free to roam across banking, retail, and telecom — to steal an identity from credit cards to commit e-commerce fraud, and then lease iPhones for 15 fictitious employees — does it really make sense to limit your fraud checks to communications industry data alone?

LexisNexis thinks telcos — and firms in other industries — can greatly improve their fraud scoring by sharing their siloed data with each other. To that point, the company offers its Fraud Defense Network, an initiative that links organizations across many industries with resources, data and intelligence to predict, detect and mitigate fraud. The vision is to unite organizations from finance, retail, telecom, insurance, government, law enforcement and health care, and most of these industries are already participating.

Here to explain is Jim Rice, Director of Market Planning for the Communications Market with LexisNexis Risk Solutions.

Dan Baker: Jim, to begin, could you give us a overview of LexisNexis and what you do for the telecom industry.

Jim Rice: Sure, Dan. We have the world’s largest database of public record and proprietary information, and what’s unique to LexisNexis is we can resolve all that down to specific identities. These are addresses, phone numbers, and those sorts of things. Then we layer on top analytics on relationships to other individuals.

So our analytical experts define particular credit risk scenarios. One credit-risk scenario looks at individuals who frequently move. Another looks at people who live in high-crime rate areas. Hundreds of factors like these are used to determine if there’s a risk associated with a particular individual. And the data can be used in various applications.

For the communications industry specifically, we offer solutions that go across the account life cycle: from customer acquisition to upgrade/retention and collections. We also help verify if the actual person you are dealing with is who they say they are.

So it seems your service is much like what a credit bureau provides.

Certainly one of the key services we offer is credit risk decisioning — to help score the creditworthiness of individuals who wouldn’t necessarily get a credit bureau score. However, we don’t consider ourselves a credit bureau per se. Actually our service is vital for analyzing many diverse fraud issues and risks.

For instance, there are many potential communications customers that don’t have a credit bureau score. That would include students and people coming into the market for the first time, and in many cases, the elderly population stop taking credit because they don’t necessarily need it and they start falling off of the credit bureau score model.

Also you have new people coming to the country, they will have a footprint in public record information, but they won’t necessarily have a footprint in the credit bureaus quite yet, so our data becomes a valuable alternative source of creditworthiness data.

Dan, fraudsters committing subscription and related frauds are not constrained by any particular industry — they will move anywhere necessary to seize opportunities.

So while a fraudster’s activities roam across multiple industries, because fraud detection systems and fraud data tend to be kept to a particular company or industry, our customers lack a holistic view of how fraud is happening across industries, so they are missing out on some valuable fraud intelligence.

There’s plenty of anecdotal evidence to suggest that cross-industry fraud is significant. And getting intelligence on that is very valuable for comms providers.

For instance, in one case a particular crime ring was indicted. They had been involved in the theft of mobile devices and were indicted by the FBI. Now, when we looked at a sample from our cross-industry fraud data, we identified 8 indicted members of that crime family.

So if the communications company defrauded by this crime ring had been utilizing the LexisNexis cross-industry fraud analysis, they would have identified those members of the crime families ahead of time.
These criminals were doing credit muling — going into stores with false credentials to get smart phones for resale.

I understand LexisNexis conducted a study to determine the potential impact of using cross-industry data to improve fraud scoring in the comms industry.

That analysis also tagged another 12,885 transactions that were suspicious within the previous “non-suspicious” set of transactions. This is clear statistical proof that the cross-industry fraud data improves the predictive ability of fraud modeling/analytics.

Jim, this is important news. It sounds like this idea of cross-industry fraud checks is an idea whose time has come.

This article was originally published by Black Swan and has been reproduced with their permission.

A Brief Guide to the Digital Divide

Being Mindful of Hardship