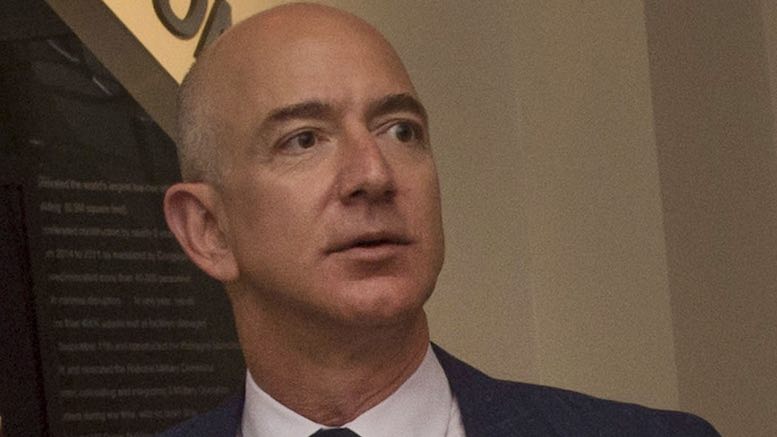 Saudi Arabia has denied any involvement in the National Enquirer’s reporting of an affair between Amazon CEO Jeff Bezos (pictured) and Lauren Sanchez. The denials follow an article in the Daily Beast where Jeff Bezos’ security investigator makes the claim.

In the Daily Beast it is alleged that the motive for hacking Bezos is political.

Some Americans will be surprised to learn that the Saudi government has been intent on harming Jeff Bezos since last October, when the Post began its relentless coverage of Khashoggi’s murder. The Saudi campaign against Bezos has already been reported by CNN International, Bloomberg, The Daily Beast, and others.

While the allegations surrounding Jeff Bezos have hit the headlines because of the salacious nature of the story – Bezos is one of the world’s richest men and he was accused of having an affair which was interesting fodder to the tabloids – there is a wider question about the security of personal mobile phones, and the ability of governments and other organisations to spy on the individuals who use them.

Allegations of Saudi spying are nothing new and the murder of Jamal Khashoggi, a Saudi journalist, led to an increase in public awareness of the spread of spyware to intercept phone communications, as reported in December by Commsrisk.

Back in June 2017 Commsrisk highlighted that journalists working for Danish newspaper Dagbladet Information and the BBC had broken a story about giant British defense contractor BAE selling Danish-developed comms surveillance technology to the governments of Saudi Arabia, the United Arab Emirates, Qatar, Oman, Morocco and Algeria.