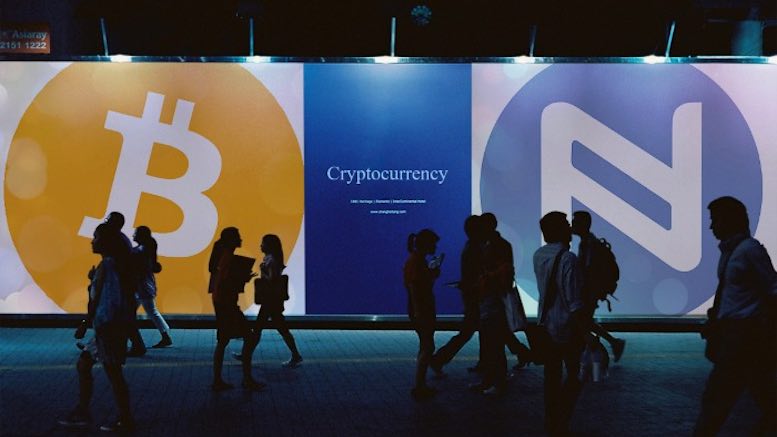 China is testing its digital currency in a selection of big cities before rolling it out nationwide. El Salvador will soon treat Bitcoin as legal tender. When the Bahamas resolved to upgrade their payments systems they ultimately decided to issue the Bahamian Sand Dollar, which in October 2020 became the first digital currency issued by a central bank. Even the Marshall Islands, a country with just 59,000 inhabitants spread across a thousand little Pacific islands, has created the SOV, a digital currency that will be issued soon. Some of you may want to register to buy a SOV or two because 40 percent of the initial sale is earmarked for overseas customers. Many people associate cryptocurrencies with wild speculation on virtual assets that cannot be used to buy anything real, but central bankers are not normally considered to be reckless gamblers. Just as mobile telephony allowed many countries to ‘leapfrog’ ahead of richer peers that needed to defend more substantial investments in their legacy landline infrastructure, digital currencies promise to offer a similarly revolutionary opportunity for countries that want something better than the banking and payment systems of the past.

What is new often seems strange and ridiculous, but the world of money has always been ridiculous. Coins used to be made from gold, but the value of a coin no longer has anything to do with the value of the metal it contains. The value of currencies were tied to stocks of metals for centuries, even though our attitudes to the value of metal have little to do with what those metals are used for. Warren Buffett famously observed:

[Gold] gets dug out of the ground in Africa, or someplace. Then we melt it down, dig another hole, bury it again and pay people to stand around guarding it. It has no utility. Anyone watching from Mars would be scratching their head.

During the 20th Century the largest economies abandoned the notion of linking the amount of currency in circulation to the amount of metal they held in vaults. Free-floating fiat currencies only became the norm in the 1970’s; now it is difficult to imagine a return to a system where a coin or a banknote represents something other than itself. The human race has progressed from minting coins to printing notes, and whilst some governments made the mistake of causing hyperinflation by printing too many notes, none has yet been punished for the digital equivalent that is quantitative easing.

To put it as simply as possible, human nature appears to dictate that the value of money is solely determined by the extent to which human beings are confident that money can be exchanged for something else of value. Governments seek to manage the confidence of the people through techniques like controlling the issue of new money, and by demanding that citizens obtain some of the money that governments have issued in order to pay their taxes. Digital currencies can satisfy these requirements as well as any other currency. These digital currencies are strange because they are new, and because people do not understand the underlying technology, but iTunes seemed strange and inexplicable to people who had only previously seen music transported as records and cassettes. The notion that something has no value unless it has physical substance is difficult to sustain in a world where Netflix is worth over USD200bn. The transition of money to the digital realm is actually lagging behind changes we have already witnessed in many other aspects of life. Many of us already turn to credit cards, mobile money apps and online bank accounts far more often than we reach for cash, making it easy to imagine a further adjustment that dispenses with the physical vestiges of money so every transaction can be captured in a common digital ledger instead.

We cannot be sure how the adoption of electronic currencies will play out. El Salvador sits at one end of the spectrum, and their government has taken a risky but potentially profitable gamble by treating an existing and independent cryptocurrency as legal tender, even though their central bank has no influence over it. Or perhaps the best approach involves using digital tokens like Cambodia’s Bakong, which is not a separate currency but a central bank-approved mechanism of representing Cambodian Riels and United States Dollars in electronic form, in order to improve the speed and efficiency with which people can make purchases and transfers using wallets on their mobile phones. To predict the forms of digital currency that will prevail is akin to predicting the winner of the competition between VHS and Betamax video tapes; the outcome depends not just on technology, but also on many decisions that people have yet to make. What is certain is that we are undergoing a change that is important and irreversible. Some people considered vinyl records the only way to enjoy recorded music, but that proved increasingly difficult to sustain as record shops went out of business and new bands chose to sell through iTunes and Spotify. There were even some people who thought mobile phones were a gimmick, and who claimed they would never need one. Associating money with circles of metal and rectangles of paper will soon seem as quaint.