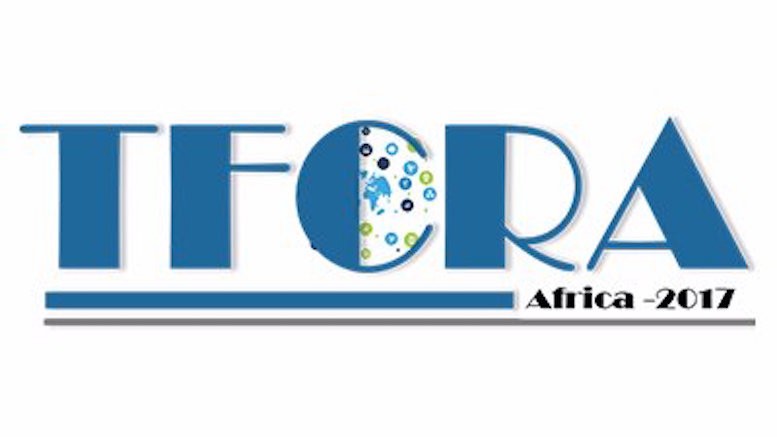 Regular readers will remember wannabe conference organizers Quintus, who also spell their name as Quintuss because they are too cheap and/or incompetent to match their logo to their domain name. This Indian business previously marketed an RAFM conference to be held in Vienna, Austria, and promised to deliver an agenda brimming with top speakers for those willing to pay an unspecified price. However, that event disappeared after a rival event organizer described Quintus as a ‘scam’. Now Quintus seems to be back, and they have announced they will run a new ‘Telecom Fraud Control and Revenue Assurance Forum’ in Johannesburg, South Africa, during early 2017.

I am not going to pretend to be impartial about Quintus; if a business tries to bully me with phony legal threats they deserve my suspicion. Anyone who is seriously considering attending the Johannesburg conference must ask themselves what they know about the people running the event. Which credible industry experts vouch for the integrity of Quintus, or are helping them to decide the agenda? Why should telecoms professionals trust Quintus to oversee a get-together where sensitive information is likely to be shared? If information about fraud weaknesses were leaked to the wrong people it could have disastrous consequences. But if no sensitive information will be discussed, what is the benefit of going?

The Johannesburg conference lists no sponsors yet. Six people have been named as speakers. That does not prove they really intend to take part; when I checked with the people listed as speakers in Vienna some told me they were not going. Of the six names on the Johannesburg agenda, three are from MTN South Africa. That seems peculiar; why would an organizer want so many presentations from the same telco, and why is MTN RSA so keen on providing lots of speakers for a new event with no track record?

Quintus’ history is shaky. They keep wanting to run telecoms revenue assurance and fraud management events, but why are they so fixated on this particular topic when they also plan to run conferences about pharmaceutical regulation? Clearly they have no domain expertise in RAFM. None of the Quintus team are willing to name a single event they have ever organized before. Their business is located in India, but they want to run conferences everywhere but India. Their Vienna event attracted only one sponsor: the notorious Daniel Flöckinger. Then they split with Flöckinger, leaving them with no sponsors. Depending on who you believe, Quintus kicked Flöckinger out because the Austrian fraud expert is disreputable, or Flöckinger cut his ties with Quintus because he did not trust them. Then the Vienna event disappeared from the internet without any public explanation, soon after I started checking if the listed speakers really intended to go. Despite disappearing from the internet Quintus went to the trouble to block (some) of my social media accounts from following their (inactive) accounts. That makes me think Quintus has something to hide. They do not like answering straightforward questions about who they are and what they are doing, and they do not want someone like me to check the claims they make about themselves.

Without wanting to sound egotistical, Commsrisk is read by RAFM practitioners all around the world. Our advertisers include some of the biggest RAFM vendors. I personally have been sharing news and opinion about telecoms assurance for over 10 years, and I know plenty of people. I travel all around the world, and have spoken at many events. In a few weeks I will be in India, meeting with lots of Indian RAFM people, and also the South African who runs RAFM in MTN Group. I know that South African pretty well; we worked together for years. So what does a mysterious Indian firm like Quintus hope to achieve by advertising international RAFM conferences that include lots of speakers from MTN, whilst trying to keep secrets from me? More importantly, what do they have to fear?

Though I did not say it so clearly before, it can safely be said that Quintus is run by liars. I know this because they invented a fictitious person in the hope of intimidating me. They pretended to employ a lawyer, when obviously they do not. That lawyer was used to issue empty threats, which I made fun of.

The made-up lawyer told me to censor an accurately reported story, and threatened legal action. But I knew I had broken no law, and that a small business like Quintus has neither the revenues nor the assets to put a qualified lawyer on their payroll. Their fiction was ridiculous; no ‘Head of Legal Compliance’ sends emails from a generic account like legal@quintuss.com, or fails to provide an address for correspondence or a telephone number where they can be reached. No competent lawyer vaguely threatens legal action whilst saying I should contact ‘the team’ if I have any queries. If nothing else, a competent lawyer would have specified the URL of the article they considered defamatory, so there would be no doubt what they were asking me to change. I played along with Quintus’ fiction, pranking the idiots at Quintus by sending rude messages to the lawyer. Of course the lawyer never replied, even though a real lawyer would have, just because real lawyers need to manage provocation whilst safeguarding their professional reputation. I now repeat their bogus email below in full, so you can see how Quintus is run by people who pretend to be things they are not.

We are glad about your interest to identify about scams in the industry but we are unhappy that the facts illustrated about us (Quintus) have been the perception with the intention to bring us down.

May we remind you that we work with full genuine and integrity to bring value to the industry with our event organising competency. We have with good respect for you have personally sent an email. I would like to mention and bring your notice to the fact all the claims listed in this post regarding are completely false. Any further posts on the same will not be entertained and relevant legal action will be taken.

Hence, I request you to kindly remove the post and please refrain from spreading baseless rumours about our organization.

With Quintus, there is a lot of uncertainty about what they hope to achieve and what motivates them. Maybe they are clueless but ambitious clods who hope to make easy money by flattering a few suckers inside telcos, getting them to promise to make daft speeches so Quintus can then entice sponsorship money from the worst sort of RAFM vendor. Or maybe Quintus will profit by gathering info and selling it to even worse people. Quintus must already have a long list of email addresses; perhaps some of the fraud and security practitioners on that list are naive about spear phishing. We do not know who Quintus are. But we can be sure they are not what they pretend to be.

Flöckinger To Engage Lawyer to ‘Clear His Name’

Will the Real Daniel Flöckinger Please Stand Up?