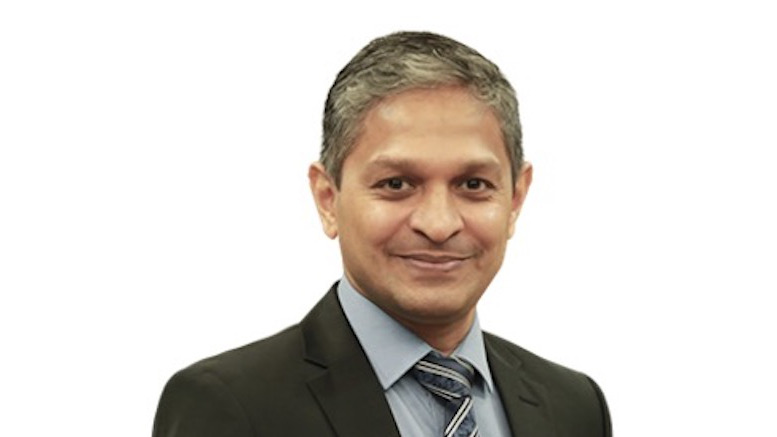 No CEO likes saying their company’s financial performance was “below our expectations”, so it must have been tough for Subex boss Vinod Kumar (pictured) to put a positive spin on a 10 percent year-on-year fall in revenues and a 59 percent year-on-year fall in profit after tax. Nevertheless, the announcement of Subex’s FY2022 results found Kumar positioning Subex as a business poised for future growth thanks to the launch of their HyperSense AI/ML platform and the creation of new brands for Subex’s security and identity verification solutions.

Revenues from operations in the financial year ending March 31, 2022 slumped to INR3.33bn (USD43.3mn), a fall of INR386mn (USD5.02mn) compared to FY21, although Subex enjoyed a big rise in non-revenue income, up 119 percent year-on-year to INR104mn (USD1.35mn). In previous years Subex has delivered severe cost reductions in order to maintain profits but that was not the case in FY22; the total for expenses rose to INR3.1bn (USD40.3mn), up 6.8 percent on FY21. Employee expenses fueled this rise, weighing in at INR2.14bn (USD27.9mn) in FY22, up 8.8 percent on the previous year. There have been numerous anecdotal reports of Subex employees being hired by their chief rival, Mobileum, so the challenge of hiring and retaining skilled staff may have contributed to rising costs at Subex.

Trade receivables dropped slightly, as would be expected if revenues fall but customers continue to pay bills as reliably as they did before. There was a more notable decline in the company’s cash position, though cash reserves of INR854mn (USD11.1mn) remain ample for Subex’s operational needs. The pincer of lower revenues and higher costs led to a 61 percent fall in profits before exceptional items and tax, which came to INR337mn (USD4.4mn) for FY22, compared to INR865mn (USD11.2mn) for FY21. Tax expenses inevitably fell, so that the final figure for profit after tax was INR210mn (USD2.7mn) for FY22, having stood at INR517mn (USD6.7mn) the year before. For FY21 Subex announced the payment of dividends for the first time since 2007, but the weakening of their performance means no further dividends should be expected any time soon. A bull run had seen Subex’s share price briefly climb above INR70 (USD0.90) during July 2021 after many years in the doldrums. However, Subex shares were trading around INR29 (USD0.38) at the time of writing, giving the company a market capitalization of approximately USD200mn.

It is tempting to say Subex is at a crossroads as it transforms itself from a company that previously generated annual revenues of USD120mn from the sale of its RAFM solutions to a business that holds on to as much of the declining RAFM market as possible whilst focusing development on the creation of products with greater potential for growth. However, this simplifies the difficulties faced by Subex’s management. After each junction comes another road, but Subex must pursue several avenues at the same time. These include maintaining interest in its mature product lines for telecoms RAFM and partner settlement, whilst simultaneously developing new offerings that can also be sold to sectors outside of telecoms. It was notable that most of the major new sales highlighted in their announcement were deals for their telecoms RAFM products, even though management clearly believe the company’s share price is tied to the prospects for selling analytics, security and authentication solutions to a wider variety of customers.

A soft market for RAFM is especially bad news for Subex as they find themselves facing fierce competition on all sides. The cost advantage that came from being an Indian vendor of RAFM tools has been eroded, not least because their biggest competitor is now employing so many Indians as well. Subex pioneered a conception of RAFM as being essentially oriented around management support systems, and gained the upper hand on competitors by developing the most comprehensive suite of tools that all sat within this same operational model, which they characterized as a Revenue Operations Center (ROC). However, lower costs for cloud services, data analytic and visualization tools coupled with more agile development techniques means much smaller vendors can now offer credible alternatives in this arena. These businesses are willing to sell RAFM management support systems at a keen price to compensate for their lack of experience and to obtain a foothold in a market that may be adjacent to a niche expertise like test call generation. So whilst the indicators suggest the size of the market for RAFM management support systems is in decline, new suppliers are paradoxically entering the market and intensifying competition.

Many years ago I warned against describing management support systems for fraud and revenue leakage as ‘proactive’ solutions. Their purpose remains essentially reactive; they identify anomalies for further investigation after something has already gone wrong. The irony is that businesses which made money by selling these so-called ‘proactive’ systems are now seeking to reimagine themselves as suppliers of technologies that prevent problems before they can occur. These technologies have moved from the back room of management support to the front line of the network. This requires a technical leap forward but it also presents problems for how some vendors explain themselves to existing customers. If telco executives were persuaded they bought a ‘proactive’ solution to one of their problems then it is going to be difficult to sell them a second solution to the same problem with the justification that it is even more proactive!

The ideal outcome for vendors like Subex would involve selling more to existing customers, but the way older product lines were marketed means it is difficult to make an additional sale without undermining the perceived value of what was purchased before. This leaves companies like Subex with the harder challenge of growing revenues by making sales to entirely new customers.

Subex is a fundamentally sound business and I wish they were doing better because poor results for them also raises concerns about the future for telco employees that still treat RAFM as an exercise in identifying and responding to recurring anomalies. I believe Subex’s management will find enough success with their newer offerings to remain profitable. However, they have not yet found the route to the growth that they and their investors were hoping for.

The audited full year accounts for Subex can be found here.