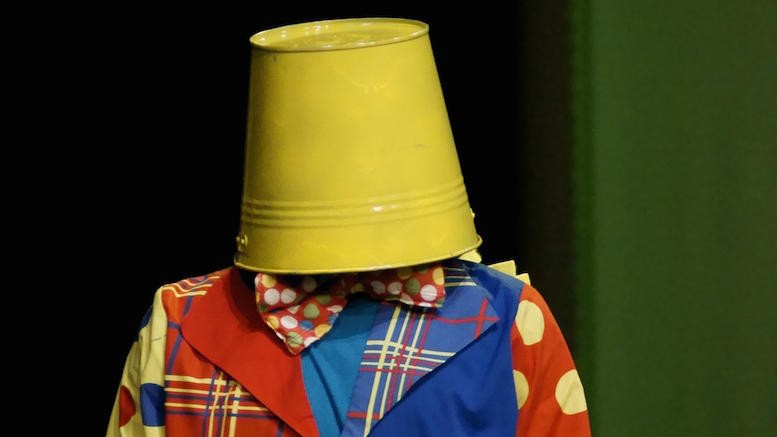 The following takes place between 9AM and 10AM in the office of the Director General of the Telecommunications Regulation Authority of a country that shall remain unnamed.

Director General (DG) walks in, dumps his bag of golf clubs in the doorway and sits at his desk with a thud.

Irina, the PA, immediately picks the golf-bag and stows it safely in the closet that was ordered exclusively for the DG’s golf equipment. She also serves the DG some coffee and assorted snacks.

DG: I am thinking it’s time we gave you a raise for your good work.

Irina: That would be nice, sir.

DG munches another scone and slurps his coffee. Irina is revolted but DG is the one who signs her paycheck. Irina reminds herself that the paycheck might soon be bigger so she stands expectantly waiting for orders.

DG (between mouthfuls): Tell Joao to come and see me now.

Irina: He is not yet in, sir. He went to meet the operators.

DG: He went to do what? Really, this boy! When he comes in, would you be so kind as to remind him that I am the one paying his salary, not the operators? And then ask him to see me immediately.

Irina starts walking out of the office as Joao appears in the doorway.

DG: Well, well, if it isn’t the operators’ boy. Where are we on the communique on the levy?

Assistant Director for Licensing & Levies, Joao Zandamela, straightens his tie. Joao and DG eye each other across the table, two gladiators about to move in for a clash. Irina grabs the moment and flees to the safety of her desk.

Joao: Speaking of that, the operators would like to meet you to discuss this new levy on incoming traffic.

DG: I hope you told the operators that they can take their complaints and shove them up where the sun doesn’t shine.

Joao: Well, that would not be nice.

DG: Nice? You think we are in showbiz? Do you see anybody handing out Oscars? Try being nice when the chairman of the ruling party is on phone with you at midnight asking how the coffers will be replenished after the elections.

Joao: A little courtesy to the operators would not hurt us. They are, after all, corporate citizens of this country.

DG: I am not running a democracy here. These are license holders, authorized to do business in our territory and subject to our laws. My job is to ensure that they toe the line.

Joao: We need the operators to make money. It’s good for the economy when they are profitable, they employ more people, sponsor more charities, wire up our country to do business with the rest of Africa and the world.

Joao: You see if we squeeze them like this, their shareholders make less money. In turn, the reinvestment is scaled back. So what finally happens is that the operators do not expand, or at least not as much as they would have expanded if we had not placed such barriers.

DG: All operators here are profitable. Hell, they are doing better than loan sharks, and I should know, my brother is a loan shark and business has been hard lately. He is breaking kneecaps but the amount he takes home is less per kneecap, if he were to use your sophisticated analytics.

Joao: Every dollar we take now may actually be forfeiting ten dollars that would have come to our economy in the next 3 to 5 years

DG: I suppose your recommendation, after your early morning romps with the operators is that we should do nothing as they rake in the money. You are the type of man who buys a girl nice frock, pays for her hairdo and stands by as she is taken to the dance by another man…

Joao: We should concentrate on matters of ensuring fair ground for all operators and protection of consumer rights. TRA is not a revenue earner for government – that was never our primary role.

DG: You know, Joao, this is the problem with you Harvard-Oxford-Cambridge types. You study for a few years abroad, the winters freeze your brain and now you are stuck high on theory and low on practice.

Joao: Well let us not get excited now, sir. I do have a good amount of practice…

DG: Do I look excited? No, my boy, I am not excited. As I was saying, when you come back to Africa with notions of how the system should work, you insult us.

Joao: Sir, I have not insulted you…

DG: Yes, you insult us, we who are your elders. I have news for you, Joao. The system works how the big boss says it must work. The ruling party has just secured another 5 years in power and I intend to be holding my post for that duration.

Joao: Precisely, sir. The more the reason you should create a lasting legacy by enabling an environment which is conducive to all operators to make as much money as possible, within the confines of our legal framework.

DG: Big words, my boy, big words. Conducive environment! Legal Framework! Lasting Legacy! The chairman of the party holds the session of parastatals’ chiefs every month. Guess who gets to be in the good books – the one whose unit is bringing the good bucks. You are advising me to go to him with empty words about legacies and frameworks.

Joao: No, I am advising you to go to him with what makes sense for the industry. And I have no problem preparing a whitepaper that clearly shows how other economies have moved forward by careful regulation as opposed to quick-cash mentality that is prevalent in this part of Africa.

DG: I think you did not hear me clearly. Believe me if you are not in the good books of some people in this country, the only book in which you will find your name is The book of Annihilation. I may be old but I am not ready for annihilation. My wife likes the good things in life and I will not afford them when I am cast out into the wilderness.

Joao: The levy is wholly unnecessary. We are raising the international termination rate by a whole 13 US cents per minute. That straightway goes into the books of the operators. On the face of it, it looks as if they will get more money. But the international carriers are also going to reciprocate. So the operators will also pay an additional 13 US cents for taking traffic out of the country.

Joao: The differential between the incoming rate and the local rate is just going to give more ground for crooks to install more SIM boxes in our country.

DG: SIM box? What has the packaging of SIMs got to do with this? I don’t care whether the SIMs are packed in boxes, coffins, tissue paper or banana leaves!

DG: As opposed to what? Black route traffic and white route traffic? Anyway, what has this got to do with the levy? Joao, your parents really wasted money sending you to Europe for your studies.

DG: Do you doubt my intelligence, my boy? Remember yourself. Or better yet, remember that I sign the payroll. Your name might be missing soon. The wisdom of our forefathers says that a man with hairy buttocks must not jump over an open fire.

Joao: Sir, I have done my best to convince you. Ultimately, it’s your call.

DG: Smartest thing you have said so far, Joao. Tell Irina to top up my flask of coffee as you leave. She seems to be the only one who knows how the system in Africa works. And she only has a Diploma in Early Childhood Education.

DG (shouting): Send me the communique in the next one hour.

DG (muttering): SIM box my foot…can you believe this kid?

Joao returns to his office and takes a swig of whisky straight from the bottle. He types the communique as instructed by the boss.

Then he goes on to LinkedIn and starts looking for opportunities in Europe and America.

He knows a few Harvard-Oxford-Cambridge types who might make use of his brain.