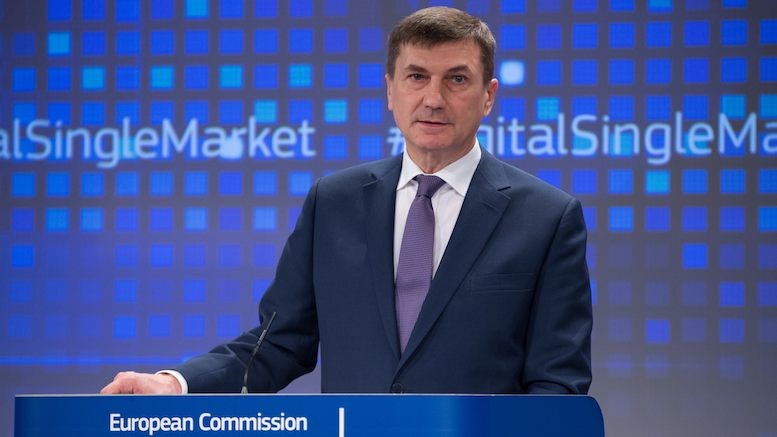 It is literally impossible to describe the decision-making process of the European Union in less than four hours. Not that anybody tries; Euroskeptics just want to get out, whilst Europhiles are sure it is all for the best. But sometimes you need a rudimentary understanding of the process, so you can anticipate how the EU will help/destroy/obstruct/dismember/burden/tax/subsidize your business in future. This is especially true for providers of ‘online platforms’, because the high-tech, innovative and international nature of their business leaves them very vulnerable to help/destruction by the bureaucrats who run the EU. That is why the leaking of a draft of a European Commission Communication to the European Parliament, European Council, European Committee for This-and-That and Not-a-Lot may sound like it would be super boring, but is actually super interesting. To put it succinctly, these documents outline policies that the EU is likely to adopt in future. And Politico has published a leaked draft communication about “Online Platforms and the Digital Single Market Opportunities and Challenges for Europe”, nearly a month before the final version is due for publication. So you should probably read it. But assuming you are too busy, here are the key points…

Some crazy people want to make online platforms legally liable for lots of the stupid things that users do on them. Which would be like suing a car manufacturer every time a bad driver crashes. This, of course, would be a disaster. So we should be thankful that European Commissioner Andrus Ansip (pictured) is both relatively sane and responsible for the Digital Single Market. He does not like any of the proposals to change the legal liabilities of ISPs, so they will not be changed. Hoorah!

Notice-And-Take-Down (NTD) Procedures Will Not Be Harmonized Yet

So when users do naughty things somebody else may use a NTD procedure to remove their naughtiness from the internet. The concept is common, but the procedures are not. Some people have argued that a common EU-wide procedure would simplify life for everybody, including both the ISPs and the people doing the complaining. The European Commission is not against the idea, but not convinced either. They will keep monitoring the situation but have no immediate plans to implement an EU-wide NTD procedure.

Online Platforms Should Voluntarily Deal With Some Kinds of User Naughtiness

Without wanting to engage in an extensive debate about free speech, sometimes users say and do things online that really upset other people. Examples include cyber-bullying and bogus online reviews. Other kinds of example include distributing content when they do not hold the copyright. Rather than writing a slew of rules designed to cover these situations, the European Commission would prefer to encourage online platforms to take voluntary action to curb such naughtiness. And their reason for doing so is very sound, arguing that previous voluntary action has been…

…very effective, in particular when subject to a clear set of principles, targeted, and continually improved to keep pace with the challenges as they evolve

Other kinds of people ***cough, lawyers, cough*** argue we need more laws to solve all of these problems. Apparently they do this because they really really care and not because they are elitist one-trick ponies.

Instead of Over-Regulating OTT Providers, Their Competitors May Be De-Regulated

There are some reasonable arguments that a ‘level-playing field’ needs to be created when OTT providers compete with more traditional businesses. For example, OTT firms supply films and other audio-visual content and so compete with heavily-regulated television broadcasters. But whilst everyone tends to assume the EU bureaucrats would want to extend regulation so OTT providers shoulder a greater burden, the European Commission is open to taking a far more relaxed approach.

[I]n areas where competitive pressures have been increased, deregulation of traditional sectors may offer the most beneficial response to achieve a level playing field.

The logic for de-regulation is that increased competition reduces the need for government intervention.

Competition from online platforms can provide incentives for traditional market players to innovate and improve their performance, as well as point to a need to simplify and modernise existing regulation.

The Future Is Open, Openness Is the Future

Top marks to the European Commission for knowing every key buzzword…

Especially where the EU is supporting innovation through its innovation investments in emerging areas such as virtual reality, smart cities and the Internet of Things, the need for stimulating the emergence of open online platforms becomes crucial for developing new data-driven business models, increasingly favouring open source platform technologies.

In short, the Commission is really keen on providing incentives for open and interoperable platforms at all levels. Conversely they believe that…

…closed platform ecosystems lead to unpredictable or restrictive conditions for developers and suppliers for accessing the services, APIs or data of online platforms.

The Commission also wants it to be easy for customers to switch platforms “affordably and with minimal disruption”. The route to achieving this goal will be via the right to portability of data included in the new General Data Protection Regulation.

Normally I enjoy rubbishing comms and tech policies that are proposed by law-makers and bureaucrats. This is because their policies are usually rubbish and often harmful. So imagine my surprise when I read this European Commission document, and concluded their policy direction is really quite good. Most of the proposals here are beneficial for users whilst de-risking comms businesses and encouraging innovation. Commissioner Andrus Ansip is different to most politicians because he seems to understand technology, understand business, and understand how to get the best from both.

But before I get too carried away, let me reiterate that the leaked document was just a draft. The European Commission still has until 25th May to screw up the final version…