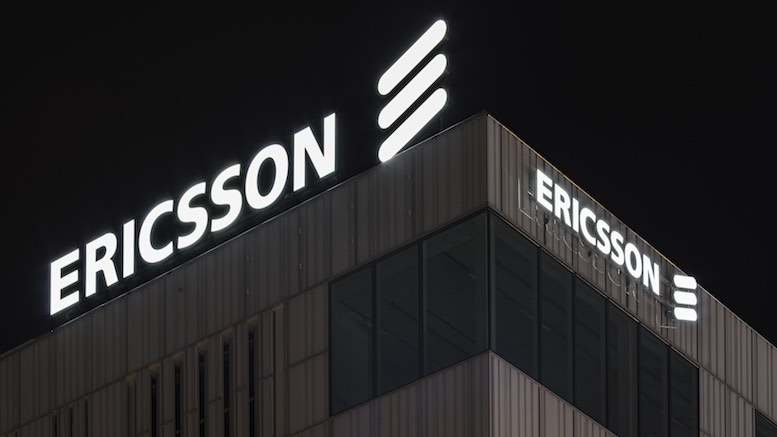 On 23rd September, Ericsson shares fell 4% in morning trading.  This recent fall seemed to be a response to reporting by Sveriges Radio Ekot, which claimed:

The Facts According to Ekot

The report went on to describe how, at Ericsson’s general meeting at the end of March, CEO Börje Ekholm said Ericsson is reviewing how the company’s operations in Russia are affected by the war.

While we do this analysis, which of course includes understanding the sanctions systems, we have decided to suspend all deliveries to customers in Russia and Belarus and postpone new customer projects there

Ekot reported that days after Ekholm’s statement, Ericsson applied for permission to deliver dual-use products to Russia, i.e. products that can have civil or militarily uses. Such exports were forbidden following the invasion of Ukraine.  Several Swedish companies have applied for exemptions from the sanctions rules and Ekot reports that, from the beginning of the war until mid-August, a total of 33 applications for exemptions were submitted to the Inspectorate for Strategic Products (ISP).  Ekot says that Ericsson submitted the most applications (12) and received the most export approvals (7).

The Facts According to Ericsson

This was the response from Ericsson’s press office:

The reporting by Swedish Radio is factually inaccurate. Ericsson, as previously stated, suspended operations and deliveries to customers in April and continues its orderly wind down in Russia. The Swedish and EU authorities have granted limited exemptions for Ericsson and other companies to deliver technical assistance and software which are needed to maintain civilian public telecommunication networks. These exemptions expire by year-end and Ericsson is, and will remain, fully compliant with Swedish, EU and US sanctions.

As the Swedish Authority, ISP, made clear in its statement, these items are only for civilian public telecommunication networks and not for military use.

We continue to implement the suspension of affected operations in an orderly manner. 400 employees in Russia have been notified of layoffs and are leaving Ericsson.

Also, in an email to Ekot, the company’s press manager Kristoffer Edshage writes:

These permits mean that Ericsson can deliver software and technical support until 31 December 2022.

What we can say is that Ericsson’s deliveries to customers in Russia do not include hardware since the sanctions were introduced.

Similar quotes have been attributed to an Ericsson spokesperson by several different news reports, including the following.

Compliant with the sanctions, we provide the software and technical assistance for those products that we have shipped prior to the invasion making it possible to withdraw while fulfilling contractual obligations.

What Does the Inspectorate of Strategic Products Say?

In response to media reporting of September 23, 2022, ISP made the following comments (my translation).

ISP is very clear that the exports in question are dual-use items, i.e. civilian products that can be used for both civil and military purposes and states clearly that:

So, as I understand that, export approvals cannot be granted for civilian networks which are being used for military purposes. Is ISP not aware that Russian military communication systems are often inadequate and the military has needed to rely on civilian mobile networks for much of their communications?  This has been reported in relation to Russian military activity in Georgia and Crimea as well as the invasion of Ukraine.

And secondly, how does ISP know where these exports are being used?  Isn’t it concerned by the recent Wired article that reports shadowy Russian mobile companies are appearing in Ukraine?  When these new Russian mobile and internet companies appear and claim to provide mobile coverage across occupied territories in Ukraine, does any of their technology and expertise come from Swedish companies?

Ericsson appears to have followed the correct processes and obtained export approval for post-sanction supplies, so management must be asking itself why their reputation has been hit again.  They don’t appear to have done anything different to Nokia, which has similarly said that it provides limited maintenance of critical networks to fulfil its contractual and humanitarian obligations.  Is the explanation that Ericsson has a proven record of corruption and dishonesty, so people now assume they’re guilty until proved innocent?

Let’s look again at the most recent press release from Ericsson.

The reporting by Swedish Radio is factually inaccurate.

And the key points again from Sverige Radio Ekot:

Ekot’s claims look accurate to me.

As the Swedish Authority, ISP, made clear in its statement, these items are only for civilian public telecommunication networks and not for military use.

What was ‘clearer’ to me from the ISP statement, was that this is dual-use technology. The same technology is capable of being used for both civilian and military purposes, but it was only licensed for civilian use.

I haven’t seen anything which suggests that Ericsson has broken Russia sanctions, and I understand why Ericsson is sensitive about allegations and defensive in its responses. However, Ericsson must also recognise that it has a track record of denials which later turn into admissions.  My advice, for what it’s worth, would be to ensure its corporate communications were a bit more open and honest and maybe then it wouldn’t appear to be guilty even when it is not.