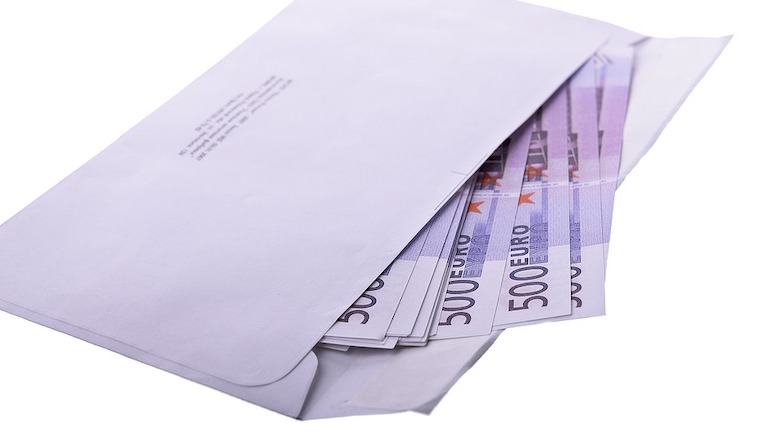 Regular Commsrisk readers will know that I’ve been writing about Ericsson’s trail of corruption for over five years now. In case you thought it was personal, I thought it would be a good time to point out that my interest is raising awareness of corruption in telecoms, as evidenced by recent pieces about Korea Telecom and Samsung.  Ericsson has been the lead story because it has provided so much subject matter and so many learning points; its failures make it a great case study and the latest part of the Ericsson saga is provided by its exploits in Djibouti.

What happened in Djibouti is summarised nicely by the charge document filed in the US on 6 December 2019.  It describes Ericsson’s response to a request for tenders made by a Djibouti telecoms operator which was planning to modernise its network equipment.

During 2010, two Ericsson employees travelled to Djibouti and met with two Djibouti officials, one of whom informed them that a bribe of EUR1mn would need to be paid (and subsequently shared between the officials) in order to win the contract.  In October 2010, Ericsson responded with its bid and in May 2011, the telecoms operator awarded Ericsson a contract for EUR20.3mn.

Hi, please find attached the invoice signed by me.  Tell me what I can do to make this happen fast.  I am getting strong pressures from [Foreign Official 1].  This is not nice.

Any investigator would love his colleague’s response:

As you said on your email below we have to pay this invoice ASAP… Everybody in the management of [Telecom Company] & in the ministry are waiting for their part of the cake.

The US charge document goes on to describe the various fraudulent invoice submissions and subsequent payments.  In summary, Ericsson paid around EUR2.3mn in bribes and made a profit of USD7mn from the contract they consequently won.

In December 2019, the US Securities and Exchange Commission (SEC) announced that Ericsson had signed a Deferred Prosecution Agreement (DPA) and paid the US Securities and Exchange Commission and Department of Justice penalties of over USD1bn in relation to allegations from 2011 to 2017.  Ericsson admitted that its subsidiaries and third parties bribed officials in multiple locations, including Djibouti.  Ericsson had admitted its corporate liability, but what of the people who engaged in the corruption on Ericsson’s behalf?

In May 2021, the Swedish Public Prosecutor announced that four former Ericsson employees had been charged in relation to bribery of public officials in Djibouti during 2011 and 2012, with their objective being to obtain contracts for deliveries of telecom equipment to the country.  The Prosecutor’s press release noted that whilst Ericsson has previously been prosecuted for this offence as a company in the United States, the Swedish investigation has focused on investigating whether any Swedish citizens have criminal liability for what happened.

Dagens Industri reported that among those charged were senior executives Anders Lindblad, who was Chief Executive of the Middle East region with the Horn of Africa, and Jens Ålander , Chief Financial Officer of the Middle East and Africa region. The lead investigator was quoted as saying:

We cannot rule out that there are other people within Ericsson who have been involved. But of the very extensive material we have seen, it is these people that there is evidence against, and then we focus on that.

The trial of four former Ericsson employees started at the Solna District Court in April 2022.  On 21 June the court acquitted all four employees of corruption.  The result produced an interesting variety of media coverage, with some headlines saying they had been acquitted and others that they had been ‘cleared’.  It looked about a 50-50 split in the online coverage, determined by which original story had been copied.

In a criminal trial, it is the prosecution’s responsibility to prove all the elements of an offence beyond reasonable doubt.  If the court finds the prosecution has not proved every element, the accused should be found not guilty, i.e. they are ‘acquitted’.  The relevant dictionary definitions of ‘cleared’ infer innocence, i.e. ‘he considers himself cleared of wrongdoing after the trial’.

The most helpful reporting I found was provided by The Local, an English-language news service who write about Swedish affairs for an international audience. Their headline was “Sweden clears Ericsson employees of Djibouti corruption charges” but the report stated that the Solna District Court acquitted four former Ericsson employees on corruption charges in connection with a contract in Djibouti.  Some of the reasons for acquittal can be found in extracts published by The Local of a statement from the Solna District Court:

The prosecution has failed to prove that two of the three alleged recipients of bribes or irregular rewards fell within the limited scope of corruptible persons defined by the legislation in force at the time.

With regards to the third beneficiary, the prosecution has failed to prove that any bribes or undue payments were made to them.

The court also clarified that, for the charges to be upheld:

From the Court’s statement above, the prosecution failed to prove the bribes went to ‘corruptible persons’ so, consequently, the accused were found not guilty.

What do we know about this case?  We know that Ericsson had already admitted corruption in Djibouti and its corruption must have been actioned by its officers and/or employees.  We know that there was sufficient evidence against the accused employees for them to be required to stand trial.  And it appears the prosecution failed to prove an element of the offence.  Since the court didn’t establish that the offences had been committed by someone else, the accused have been acquitted, but they have not been ‘cleared’.

Don’t believe this could never happen to you.  I have said previously that I support the honest, hard-working Ericsson people who took all the compliance courses, signed up to their company’s ethics policy and did their jobs in compliance with all the relevant laws, regulations and rules.  But take a few rotten apples and add compliance and management failures and any other company could end up in the same position. We must all keep doing the hard work or risk paying the price.

Whether you are involved in conducting investigations or you work as part of the prosecution team, and irrespective of whether the case is civil or criminal in nature, the outcome of this trial is a reminder not to be complacent about your case. It may look like a duck, it may walk like a duck and it may quack like a duck, but you still need to be sure that it meets the legal definition of a duck. Identify the elements of the relevant offence, obtain your evidence and then critically assess whether this evidence is sufficient to prove all the elements of the offence.  As with effective compliance, this will save you time and money (and also potentially save your reputation) in the long run.