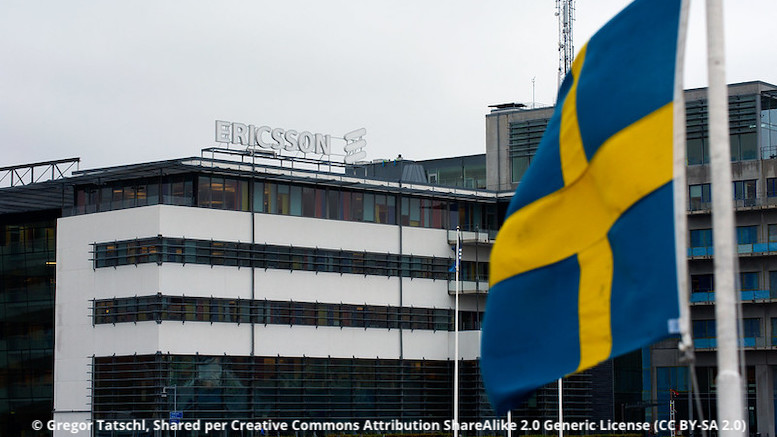 In my most recent Teflon Dons article, I pointed out that the Swedish press has been blowing the whistle on corporate corruption for 20 years, but we haven’t seen those disclosures matched by appropriate prosecutions and convictions.  Well now, in addition to the US Department of Justice (DoJ), Ericsson is being investigated by Swedish prosecutors in relation to payments made in Iraq.  Swedish news agency TT reported last Wednesday that Swedish prosecutors had confirmed they are investigating allegations of corruption involving Ericsson in Iraq, including suspected payments to the Islamic State (IS) group.

Senior Public Prosecutor Leif Görts, from the National Unit against Corruption, said the investigation had been launched following reports of potential corruption between 2011 and 2019.  Görts told AFP:

He added that the investigation was still in its early stages.

The Iraq issues became public when the International Consortium of Investigative Journalists (ICIJ) revealed that an internal Ericsson investigation from 2019 was never released.  That investigation into suspect transactions had identified possible corruption between 2011 and 2019.  Ericsson signed a deferred prosecution agreement with the DoJ in 2019, and paid a billion dollar corruption penalty, but the DoJ says Ericsson failed to disclose the suspected payments to IS.  Börje Ekholm, Ericsson’s CEO, says he instructed the investigation report to be disclosed to the DoJ; so who removed the information about payments to IS?  Maybe the Swedish investigation will finally establish some personal accountability, instead of just throwing the shareholders under the bus again.

And there is also more breaking news for Ericsson watchers. This week sees the beginning of a trial in Solna District Court against four former Ericsson executives, suspected of bribing senior officials in Djibouti in order to win a contract in 2011.  SVT Nyheter separately reports that Leif Görts is conducting a preliminary investigation into suspected crimes by Ericsson within China, in addition to his investigation into suspected corrupt practices in Iraq.

Good work, Sweden – keep it up!