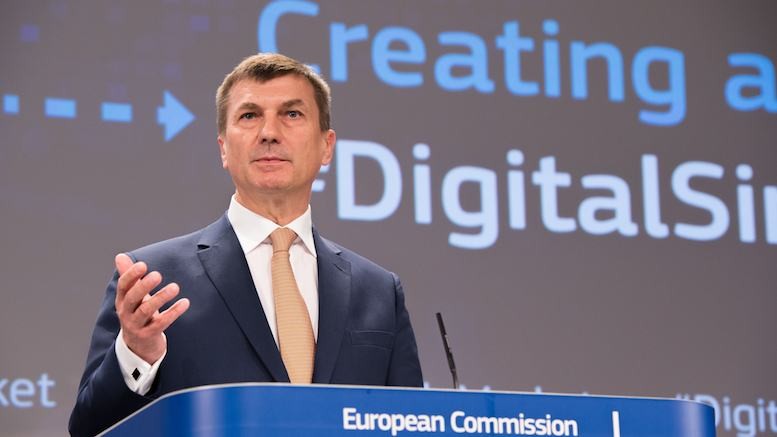 European Commissioner Andrus Ansip (pictured) has released his Digital Single Market Strategy for Europe. Anyone who read my review of the leaked draft will already know the themes covered by the strategy. And if you have not read that review, I recommend that you do, because the final version is not as specific when proposing reforms. In short, the final version says less than the leaked draft.

One example of the watering down of the strategy relates to consistent enforcement of copyright across borders, which will be a big issue for any pan-European electronic distributors of content and may have ramifications for ISPs and others who are obliged to take down infringing material. After the leaked docs covered all sorts of options for copyright enforcement, this is the bland statement that made it into the official strategy:

An effective and balanced civil enforcement system against commercial scale infringements of copyright is central to investment in innovation and job creation. In addition the rules applicable to activities of online intermediaries in relation to copyright protected works require clarification, given in particular the growing involvement of these intermediaries in content distribution. Measures to safeguard fair remuneration of creators also need to be considered in order to encourage the future generation of content.

Obviously the dilution of the strategy has a political objective, though I am unsure how effective this will be given the draft was previously leaked into the public domain. As noted in my review of the draft, there will be a lot of resistance to change from many different quarters for all sorts of reasons. Significant change is coming, and this will change the risk profile of telcos and their competitors. By choosing to make the final strategy document vaguer than the leaked draft, the European Commission reveals that it does not know how many battles it can win.