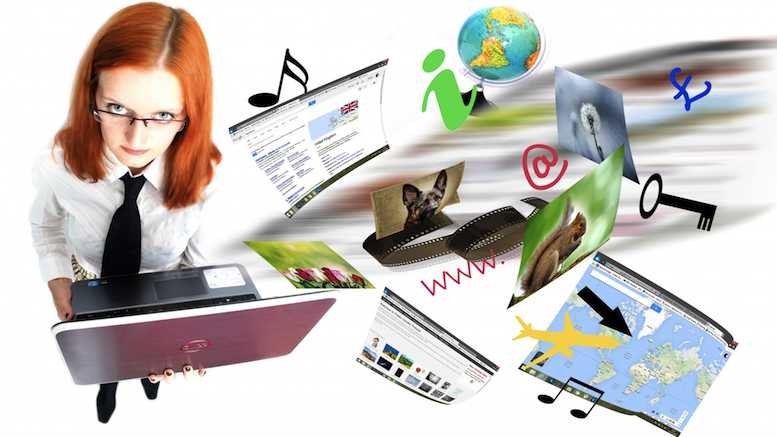 Creating a hyperlink to somebody else’s video content is not the same as communicating that content – according to the decision of the Court of Justice of the European Union (CJEU) in C More Entertainment AB v Linus Sandberg, C-279/13. As a result, pay-TV channel C More deserve no compensation for revenues lost when internet users followed hyperlinks that circumvented C More’s paywall.

This was yet another reference for a preliminary ruling from seemingly hyperlink-loving Member State Sweden.

Mr Sandberg was prosecuted before the Hudiksvall District Court for offences against the Swedish Law on Copyright.

Both Mr Sandberg and C More Entertainment appealed against that judgment before the Court of Appeal of Nedre Norrland. In 2011 this court ruled, among other things, that no copyright had been infringed since C More’s works could not be considered sufficiently original.

Eventually C More brought an appeal before the Swedish Supreme Court. This decided to stay the proceedings and seek guidance from everybody’s favourite court (this obviously being the CJEU), by referring five questions [available on the Curia website here] which were somehow similar to those that the Svea Court of Appeal had previously referred in Svensson [relevant IPKat posts here] and the German Federal Court of Justice had referred in BestWater [IPKat posts here].

Indeed, following the CJEU order in the latter case, the Swedish Supreme Court decided to retract all its questions but one, this being:

May the Member States give wider protection to the exclusive right of authors by enabling ‘communication to the public’ to cover a greater range of acts than provided for in Article 3(2) of the Information Society Directive?

The Court answered this question by looking into Article 3 of the InfoSoc Directive. First it stated [at 24] that the concept of making available to the public forms part of the “wider” communication to the public [this does not sound that obvious, since the relationship between communication and making available has always been fairly ambiguous]. Secondly the Court held [at 25] that:

By recalling both the explanatory memorandum to the Commission Proposal for what would then become the InfoSoc Directive and the earlier decision in SCF [IPKat posts here], the CJEU clarified that ‘making available to the public’ is intended to refer to interactive on-demand transmissions characterised by the fact that members of the public may access them from a place and at a time individually chosen by them.

So when it comes to live broadcasts, ie works characterised by the very fact that the public that wishes to watch them does not have the possibility of choosing when to do so, is providing a hyperlink to them an act of making available?

According to the Court: NO, since the second cumulative condition in Article 3(2) of the InfoSoc Directive would not be met.

This said, Member States can protect the broadcasting and communication to the public of transmissions made by broadcasting organisations by means of other provisions, notably those resulting from the implementation into national laws of Article 8(3) of Directive 2006/115 (the Rental and Lending Rights Directive), provided that such protection does not undermine that of copyright.

Is this decision shocking?

Well, in a way it is, because it might suggest that, while a hyperlink to a newspaper article falls under the scope of the InfoSoc Directive, a hyperlink that – by circumventing a paywall – allows one to watch live TV broadcasts does not. Disregarding for one moment the technicalities of the law, does this sound about right from a lay perspective (not to mention a business one)?

In any case it would appear that the Court could achieve this outcome by separating (at last?) the rights of communication and making available to the public. While to have…

an ‘act of communication’, it is sufficient, in particular, that a work is made available to a public [to be intended as a ‘new’ public, ie a public that was not taken into account by the copyright holders when they authorised the initial communication to the public] in such a way that the persons forming that public may access it, irrespective of whether they avail themselves of that opportunity

to have an ‘act of making available’ (at least within Article 3(2) of the InfoSoc Directive) it is instead required that an act allows members of the public to access a work (1) from a place and (2) at a time individually chosen by them.

Yet, still in Svensson, the CJEU did not appear to have in mind such a sharp distinction between the two rights when it stated – yet within the meaning of Article 3(1) of the InfoSoc Directive – that…

the provision of clickable links to protected works must be considered to be ‘making available’ and, therefore, an ‘act of communication’.

Following C More, Article 3(2) of the InfoSoc Directive no longer seems the place for broadcasting organisations to seek protection of their live broadcasts. While other provisions may help repress unauthorised linking to this kind of works, it would seem that in this respect at least the InfoSoc Directive may be no longer considered as providing such a “high level of protection”, as per Recital 4 in the preamble thereof.

In any case, the meaning of C More is that while a link to an article of, say, The Times which circumvents its paywall is not OK under the InfoSoc Directive, the link to a live broadcast of a Premier League soccer match that circumvents Sky’s paywall (and for whose TV rights Sky and BT paid something like £10m per game) is.

This article was originally posted on the IPKat by Eleonora Rosati. It has been reproduced under a Creative Commons CC BY 2.0 UK Licence.