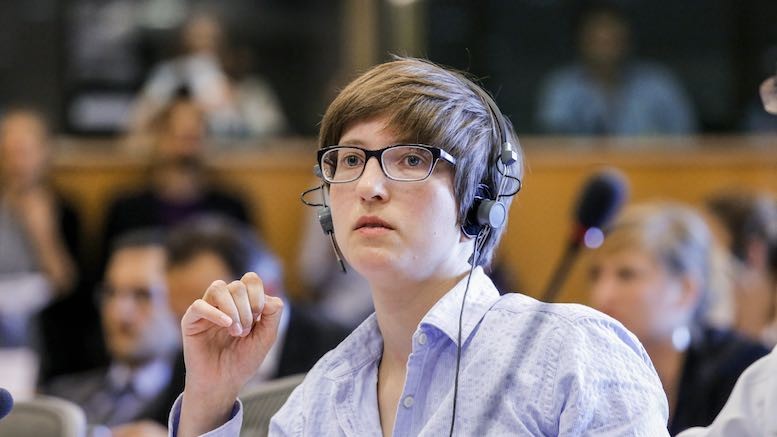 This week the European Parliament’s Legal Affairs (JURI) Committee voted to approve an own-initiative report discussing the reform of copyright. The report stated strong opposition to geo-blocking, the practice of controlling what internet content can be accessed according to the user’s geographic location.

The report was passed with 23 votes in favor, and only 2 against. This may have surprised some, as the report was written by Julia Reda MEP (pictured, at the vote). Reda is the European Parliament’s sole elected representative from the Pirate Party, a political movement with radical views about intellectual property and internet freedom. In the parliament, Reda caucuses with the Greens/European Free Alliance, a varied group that includes environmentalists and nationalists.

Reda’s report will next go to the full parliament for approval. Once passed, it is expected to feed into copyright reforms to be proposed by the European Commission (EC) later this year. Though this week’s vote is not binding on the EC, parliament ultimately has to approve the EC’s proposals, so it is likely the EC will show respect to this report.

The report expressed strongly-worded opposition to geo-blocking. This was partly fueled by a desire to protect minorities in Europe, by ensuring they could access existing content in their native language.

The committee decided not to support proposals for a ‘snippet tax’ which would target search engines and news aggregators who reproduce links or small sections of text. But they did support a potential expansion of the liability of ISPs when users infringe copyright.

The report also said it should be easier for libraries to lend out ebooks and to digitize their collections. This has not been previously addressed by the EC’s digital market plan.