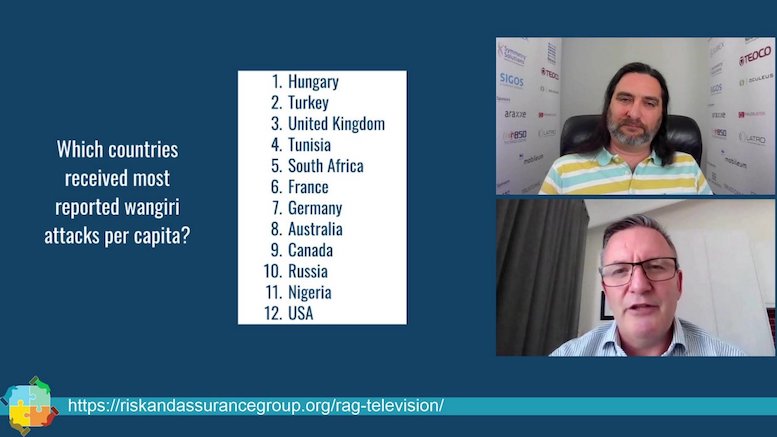 We console ourselves that frauds keep evolving, but what if we wrongly assume evolution only takes place after fraud managers have perfected their detection techniques, when the real problem is that most evolution is only noticed long after it occurred? Looking at the wangiri intelligence exchanged by 80 telcos and a dozen other sources over the past year reveals data that supports common generalizations about wangiri… and other data that conflicts with those generalizations. This is not to suggest the data collated using the RAG Wangiri Blockchain is now sufficient. Far more data is still needed. However, we have taken a big step in the right direction, by showing the possibility of automating the exchange of intelligence, including the ease with which the fraud management systems of different telcos can now be effectively tied together so intelligence can be shared without placing any demands on the time of staff.

Now is a good time to show off what has been learned, and to identify what still needs to be learned. Did you know there have been wangiri attacks that appeared to originate in Antarctica? Do you know who owns the number ranges that are most abused by wangiri fraudsters? Do you know which country receives most wangiri attacks per capita? If you missed this week’s episode of RAG TV then you will learn a lot by watching the replay, in which Tony Sani shares his analysis of millions of recorded instances of attempted fraud, and answers questions from the live audience. The recording is available below. Or perhaps you already know everything there is know about wangiri? If so, then please do not be shy, as you would make a worthy guest on a future episode of RAG TV!