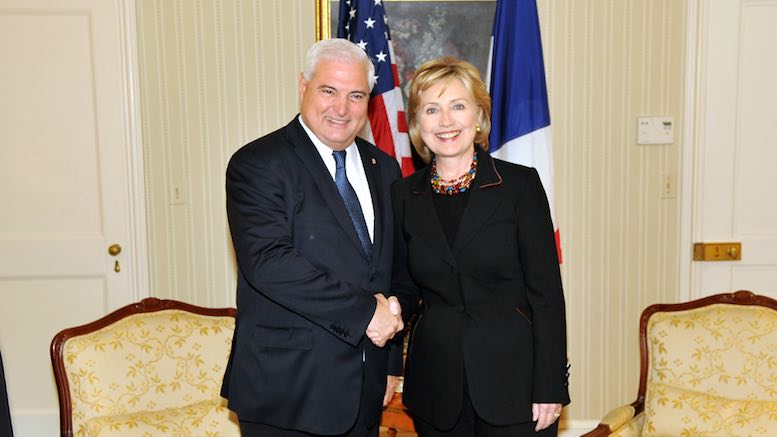 The United States’ Department of Justice (DoJ) has extradited Ricardo Martinelli, former President of Panama, so he can be tried on four charges related to illegal wiretapping that allegedly occurred whilst he was in office. Per the DoJ’s statement:

Ricardo Alberto Martinelli Berrocal, 66, formerly of Coral Gables, Florida, was indicted in Panama for illegally monitoring communications of more than 150 people between 2012 and 2014 using an extensive surveillance system, and for embezzling over $10 million in public funds.

Martinelli is accused of using sophisticated technology to spy on both friends and enemies:

According to the information provided by the government of Panama in support of its extradition request, shortly after taking office, Martinelli created the National Security Council, an advisory body to the President containing a “Special Services” unit, which carried out confidential activities at the direction of the President. The Special Services unit used two multi-million-dollar surveillance systems to illegally intercept and record the private communications from the cell phones and computers of at least 150 individuals whom Martinelli identified as “targets,” including his political allies and opponents and their family members, his business rivals, Panamanian judges, journalists, union activists, U.S. diplomats, and others.

It is also claimed that Martinelli tried to cover his tracks at the end of his term in office.

Shortly following the 2014 elections, and before Martinelli left office as President, members of the National Security Council removed much of the surveillance equipment from the Special Services’ office. The whereabouts of the equipment is currently unknown.

Reuters reports that Martinelli “expected the United States to protect him in exchange for his assistance with U.S. issues, such as curbing cross-border crime.” The photograph above shows Martinelli meeting with US Secretary of State Hillary Clinton in 2009.

Martinelli insists he is innocent. However, it is vital that private communications remain private. Justice must be done, in order to discourage politicians and other powerful people from exploiting the weaknesses surrounding the security of electronic communications. It would be even better if the communications industry eliminated those security weaknesses so we could all be sure that nobody is listening in.