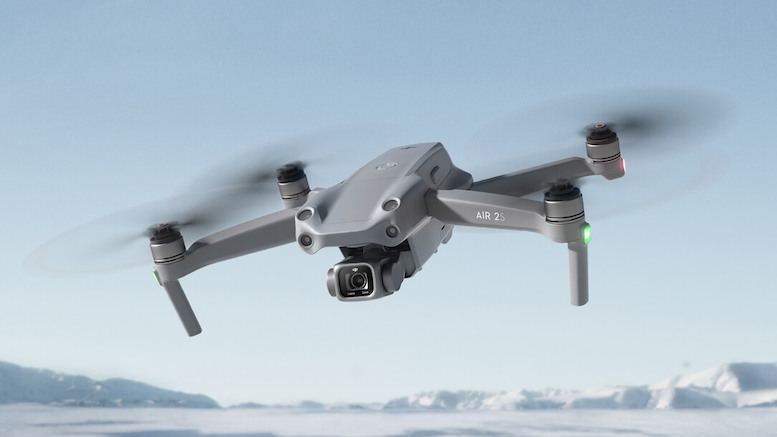 Chinese drone company DJI poses a national security risk and their equipment should not be approved for use in the USA, according to Brendan Carr, one of the Commissioners at the Federal Communications Commission (FCC), the US comms regulator. Carr said DJI, which has a greater than 50 percent share of the US drone market, is extracting data from smartphones and relaying it back to China.

Security researchers have also found that DJI’s software applications collect large quantities of personal information from the operator’s smartphone that could be exploited by Beijing. Indeed, one former Pentagon official stated that ‘we know that a lot of the information is sent back to China from’ DJI drones.

Carr stated that DJI should be added to the FCC’s Covered List, a series of vendors whose equipment cannot be bought using government subsidies because they represent a national security threat. The prohibitions surrounding suppliers on the FCC’s Covered List will likely be turned into an effective ban in the near future, irrespective of whether the equipment is purchased using public or private money. Legislation to that effect was approved by US Senate last week, after previously being backed by the House of Representatives. It now only requires US President Joe Biden to sign it into law.

Network equipment manufacturers Huawei and ZTE are already included in the FCC’s Covered List, along with three other Chinese firms. Carr compared DJI to Huawei whilst emphasizing the threat posed by China’s government.

…the evidence against DJI has been mounting for years, and various components of the U.S. government have taken a range of independent actions — including grounding fleets of DJI drones based on security concerns. Yet a consistent and comprehensive approach to addressing DJI’s potential threats is not in place. That is why the FCC should take the necessary steps to consider adding DJI to our Covered List. We do not need an airborne version of Huawei.

DJI’s collection of vast troves of sensitive data is especially troubling given that China’s National Intelligence Law grants the Chinese government the power to compel DJI to assist it in espionage activities. In fact, the Commerce Department placed DJI on its Entity List last year, citing DJI’s role in Communist China’s surveillance and abuse of Uyghurs in Xinjiang. Add to this information the widespread use of DJI drones by various state and local public safety and law enforcement agencies as well as news reports that the U.S. Secret Service and FBI recently bought DJI drones, and the need for quick action on the potential national security threat is clear.

An FCC press release summarizes Carr’s concerns whilst providing several examples of when DJI drones were deemed to be a security risk; you can download it from here.