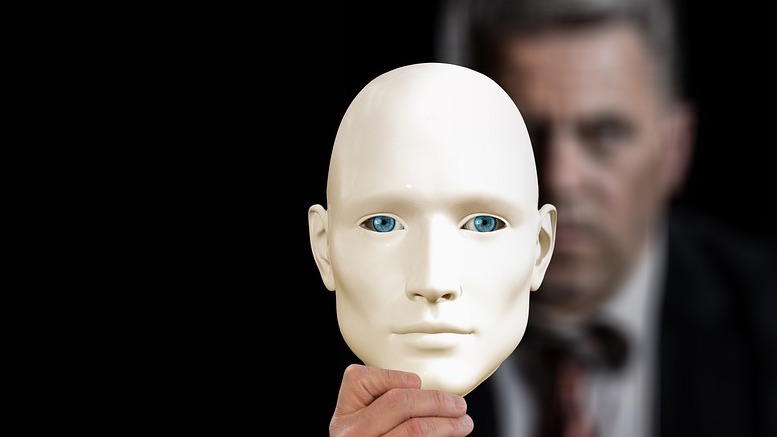 To be honest, I intended to ignore the story that the Federal Communications Commission (FCC), the US comms regulator, had recently removed one telco from its Robocall Mitigation Database, effectively telling all US telcos not to do business with it. Global UC Inc will go down in history as the first business to be ejected from the database, and hence ‘cut off’ from US telcos per the way the FCC phrased their press release. I did not run the story because there was little evidence to suggest Global UC wanted to be connected to US telcos. However, the story became interesting again when Numeracle, a company that focuses on demonstrating the identity of businesses that make outbound phone calls, did some simple but telling investigative work that nobody in the FCC is likely to do.

It was inevitable that the FCC was going to make a hoopla over the first business to be struck off the Robocall Mitigation Database, and that lazy journalists would turn this into a cheap news article by copy-pasting from the FCC’s press release whilst gushing a few paragraphs of praise for the regulator. The Robocall Mitigation Database listed over 3,000 telcos back in July 2021, when the FCC was still foolishly allowing anyone to download the whole database without restriction. It must surely include many more telcos now, so it should come as no surprise that one of these thousands of companies simply ignored the FCC’s demands, and so forced the FCC to remove their listing. But did anyone at that business care? The FCC’s order paints a picture of a company that lacked the motivation to respond.

I can confirm that Global UC registered with the Robocall Mitigation Database because I downloaded the database shortly after July 1, 2021, and there is an entry from Global UC that provides the contact details of Ricky Perez of Fort Worth, Texas. But this is not conclusive evidence that Global UC needed to register, or that they kept on doing business that would require them to maintain a registration. The entry could just reflect the uncertainty of a business that did not know if it needed to register or not, so they registered to be safe.

In mid-2021 there was a lot of uncertainty about what telcos would need to do to comply with the FCC’s rules. That uncertainty was an unavoidable byproduct of the FCC not knowing what they wanted from telcos. The FCC mandated that telcos submit a filing to the Robocall Mitigation Database without stipulating the minimum requirements for the robocall mitigation plans that some of those telcos were also required to provide. This is what regulators do when they have no idea what the rules should be. Demanding lots of plans without explaining what those plans should cover is a regulator’s version of copying somebody else’s homework. The idea is to discover what relevant activities are undertaken by most telcos (or which most telcos say they undertake, even if they really do not) before applying a cut-off to those telcos that promise less than their peers. Nothing in the FCC’s response suggests they gathered any evidence of wrongdoing by Global UC, except that their robocall mitigation plan was comically basic, and that Global UC ignored further demands from the FCC.

In case you think Global UC’s apathy is appalling, consider that it took almost a year for the FCC to follow-up the email they sent to Global UC in October 2021. They then received a reply that day, and it was both simple and to the point: “we are not needing this certification”.

So now you can understand why I ignored the story. Not being a rube, I see nothing interesting about some business putting its name on a regulator’s list, then ignoring the list, then being told they need to do more to stay on the list, then responding to say they do not need to be on the list, so then their name is taken off the list. Whilst this may be portrayed as forceful and important enforcement action by some, it looks to me like a small footnote in the very long chronicles of bureaucracy. What made the story interesting again is the following observation made by Sarah Delphey, VP of Trust Solutions at Numeracle, in a company blog posting dated December 1.

When following the contact information for Global UC in the FCC’s Order, the Privacy Policy statement on Global UC’s website states that Global UC consists of a group of companies with offices in Switzerland under the name Global Telelinks GmbH and offices in the USA as Global UC Inc.

Web searches on the company names reveal a second webpage for Global UC with the same logo under the URL global-uc.com, where the About Us page states that “Global UC Inc. is one of the subsidiary companies of Opto Telelinks Ltd. – a principal supplier of Optical Transmission and Communication products in India as the leading representative of Northern Telecom (Presently Nortel Network Corporation) and Bosch Telecom since 1993. Situated in Zug, Switzerland, Global Telelinks GmbH (GTL) is a leading offshore Technology Development and Telecom Solutions provider to the global market managed by a team of experienced telecom specialists.”

Delphey’s research points to a series of related businesses, all of which appear to be providers of comms products or services. She correctly apprehends that it would be easy for another company in this group to seemingly comply with the requirement to register on the Robocall Mitigation Database. This would then instigate the same bureaucratic enforcement process as if the new company registration has nothing to do with the one provided by Ricky Perez in 2021, even if both companies are under common management.

Global UC has been removed from the Robocall Mitigation Database, but Global Telelinks and Opto Telelinks were never registered, and they were not identified by the FCC as part of their removal Order. Global Telelinks or Opto Telelinks could register themselves or a new US subsidiary and continue operations, with service providers validating their RMD entry and unaware of any connection to Global UC and the FCC’s order.

It took over a year for the FCC to remove just one telco from its Robocall Mitigation Database, despite the telco making no effort to remain registered. The FCC makes big play of working with state prosecutors to tackle illegal robocalls, but they seemingly have not learned the lessons of the prosecutions pursued by the Attorney General of Indiana, whose aim is to show the ease with which the same telco owners change the identities of the front companies they hide behind. But in the case of Global UC, the owners do not need to set up new companies; they already have multiple companies which could be used as a front. Despite having thousands of companies listed in their database, it seemingly occurred to nobody at the FCC that what really matters is who is running those companies and whether they comply with the law, not whether a single legal entity is permitted or barred from handling telecoms traffic.

You can read the entirety of Sarah Delphey’s blog post here.