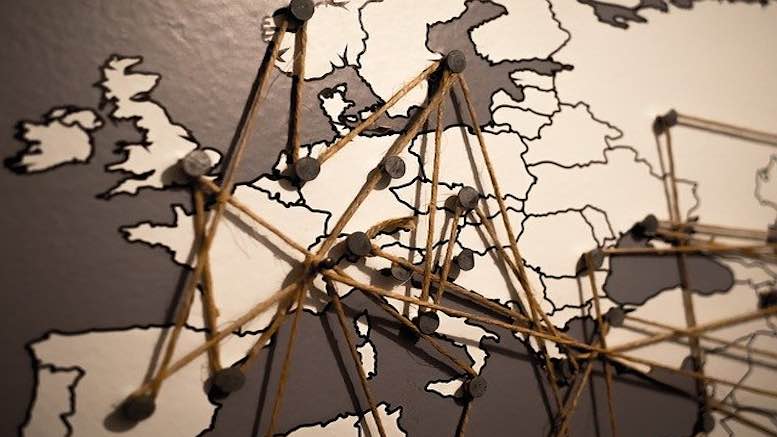 Wholesale telecom used to be simple. There was one rate per minute to call a country overseas from Canada. Then deregulation and liberalization came in the late 1990’s and early 2000’s and competition came to international telecom. We saw rates broken out for large cities within countries; then cellular came and we had breakouts for mobile phones, then for individual mobile carriers. The size of wholesale rate tables exploded.

Prices dropped dramatically over the years to where eventually calls to industrialized nations in North America, Europe and Asia were under a penny a minute for wholesale costs for landline and for mobiles.

The one constant was that a country charged a rate for termination regardless of where the traffic came from. They didn’t discriminate. Then in late 2015 we started to see something new, coming out of France initially: origin based pricing. Calls to France had different prices depending on where the call was coming from. For example a call to a mobile number in Paris might cost $0.03 per minute if called from Berlin, but cost $0.30 per minute if called from Hong Kong. Why?

Well, telephony revenues had steadily declined for years all over the globe. New OTT players like Skype were taking huge market share. Then the EU began to mandate that roaming charges for calls within the EU be reduced to eventually zero (so that you could Roam Like Home all across the EU). So the carriers were desperate for revenue, and they chose to find it from customers from outside of the EU.

The EU Commission initially fought Arcep, the French regulator, over origin based pricing as the Commission sets European termination rates, but found that for calls originating outside of the EU it had no jurisdiction. The game was now on. Other European countries quickly followed suit. Austria, Belgium, Italy, Greece, the Netherlands, Portugal, Sweden and Switzerland were among the countries that introduced origin based pricing. Origin is determined by the caller ID of the calling party so the surcharge applies if it is outside the EU or if the caller ID is missing or blank.

Initially, these surcharges were mandated by the country regulators. To avoid trade disputes with countries that they had free trade agreements with, the surcharges were not charged for origination from Canada or the USA. A blank CLID still drew a hefty surcharge.

In January 2019 we saw a new phenomenon originating in Malta. It seems that all of the Maltese mobile carriers simultaneously saw the need to introduce surcharges for calls from outside of the EU. No longer was there an exemption for Canada or the USA. This has now been copied by other countries like Belgium and more recently Germany.

My complaints to the Canadian Trade Commissioners office generated this response:

As the surcharge was a decision by the national operators in Malta, according to the TATA communication, and not a requirement of the telecommunications authority, there are no implications for the CETA. Our CETA commitments on telecommunications (like all services) apply specifically to government measures and do not affect the decisions of commercial service providers. So, nothing in the CETA would prevent a telecommunications service provider from raising its rates (or add a “surcharge”), including in a manner that discriminates on the basis of the origin of the call. If the additional surcharge had been a mandated requirement by the regulatory body, this would be considered a measure under the CETA and likely a violation of national treatment/most-favoured nation. But this does not seem to be the case here.

So where do we go from here? Well, what we are seeing is that there is increased pressure on retail rates, driving customers to OTT providers such as WhatsApp and Skype. Carriers trying to circumvent the surcharges are seeking out grey route suppliers instead of premium quality suppliers like AurorA. These grey route suppliers will manipulate the CLI and route traffic through a third country like Ireland. The quality of these routes are often poor, and the manipulated CLI means the far end doesn’t know who is calling and reduces the ASR considerably (especially if the called party is a senior). Do you answer calls from a CLID you don’t recognize?

AurorA’s answer is to continue to fight these surcharges. The oligopoly won’t do it as they are perfectly happy to just add their 50% margin to these surcharges and reap the revenue bonus. AurorA will continue to show the Canadian Trade Commissioners and the staff at the ISED ministry that the EU telecom companies are violating MFN (most favoured nation) principles under the WTO, the CETA and FIPA (Foreign Investment Protection Acts).

Perhaps I am tilting at windmills; I think it is very important though. Calls that terminate in European countries make up nearly 20% of the world market. It is important for you, my wholesale customers, that we can return to the days where calls to the industrialized nations of the world were under a penny a minute, for landlines and for mobiles.

This article was originally published on the Amitel blog; see here. It has been reproduced with their permission.

Timo Vainionpää is the owner of AurorA International Telecommunications Inc., which was founded in 1994. Since then AurorA has provided outstanding service and solutions to the wholesale international telecommunications market in Canada, the United States and overseas. Voice termination and MPLS circuits are the key services provided to other telecom providers.