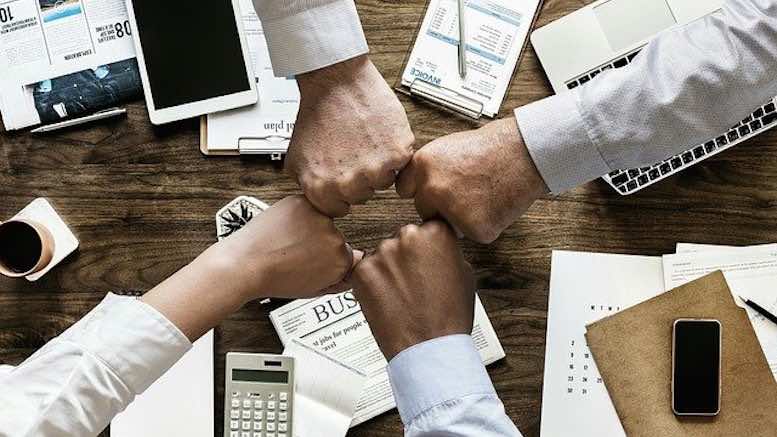 When asked, most people say they are in favor of collaboration. But then when you seek to identify examples where telco risk managers have genuinely collaborated to deliver meaningful change, the examples are few in number. Why is there so little collaboration when so many say they want to do it? These are five reasons why.

1. It Costs Too Much

It I wanted to get people to collaborate on a project, I probably would not start by charging them admission fees, or by expecting them to pay for flights and accommodation. There is a persistent notion that people cannot work together unless they are in the same room; hopefully the pandemic lockdown has killed that myth. What is more important is that some people get into the collaboration business for the wrong reasons. Those reasons are:

Being sociable is an important part of human nature, but if the end goal is being sociable then it is unlikely much work will be done. So if the reason for wanting collaboration is to enjoy an evening swapping stories with people in a restaurant then do not be surprised if the only tangible outcome is a bulging waistline.

The tendency to guard against any risk is especially problematic for a community of risk managers. The safest career decision a manager can take is to choose to change nothing. That is because nobody is blamed for a bad outcome if they were following the same approach as everyone else. But risk aversion also leads to sub-optimal risk management, because instead of proactively dealing with the risks of the business, the individual is just managing the risk of being fired.

Any experienced project manager knows this can be a thorny issue. You want a group of people to work together, but one of them will be difficult unless they are allowed to hog the limelight. That is demotivating for everyone else. As this problem occurs within every company, it is hardly surprising that it is even worse when the project involves participants from multiple companies, with no single authority in a position to force everyone to cooperate.

They say that success has many parents, whilst failure is an orphan. This phenomenon contributes to the difficulty of instigating collaboration. Why be the first person to work on a project, when nobody is noticing and success is least likely, when you can simply wait until success is guaranteed and then seek to join and take the applause? Fortunately, not everybody feels the same way about credit, which is why there are also some people who continue to provide the backbone for this community, though many readers will be unaware of their names… and I am not just referring to supporters of RAG, but also to some people who do fine work for other associations without ever being publicly thanked by them. We should be glad of their efforts, but giving credit to the wrong people is never going to maximize the enthusiasm of volunteers.

This is the criticism must often leveled at me, and whilst it has its basis in truth, the source is usually somebody who also has a sizable ego. The problem of collaboration being undermined by the egotism of the would-be collaborators is linked to the issue of who receives credit, but also goes beyond it. People fantasize about being presidents and architects, but those roles mean nothing unless many other people are willing to be administrators and bricklayers. It is similarly fruitless to have a thousand people defining what the word ‘fraud’ means, or detailing their opinions on the grand design of revenue assurance, if nobody is toiling on the detailed substance.

Perhaps the problem of egotism can only be mitigated, and never fully overcome. Being generous with credit helps to a degree, but can also destroy all hope of progress. Nothing undermines a collaborative initiative than pretending it has delivered impressive results, just so everyone involved can take the plaudits, when nothing of any worth has yet been accomplished.

Your boss works for your company, and is paid to get results for your company. So even if you think the best approach is to collaborate with others, your boss may see no advantage, and may discourage you from helping others. Your boss is correct if life and work is a zero-sum game, where the value of what one party receives is equal to the value of what another party gives away. However, life and work is rarely a zero-sum game because we all profit greatly by engaging in behaviors that help others, rather than helping ourselves. For example, waiting your turn to be served will consume more of your time than pushing ahead of everyone else, but if barging ahead became the norm then all of us would be worse off because of the ruckus we would always have to deal with.

There are thousands of ways that people collaborate in common endeavors without even thinking about it. They do it when they accept a common approach to signaling their intentions whilst driving, and they do it when recycling their garbage. The trick is to make these common endeavors appear so widespread and inevitable that even your boss stops questioning them.