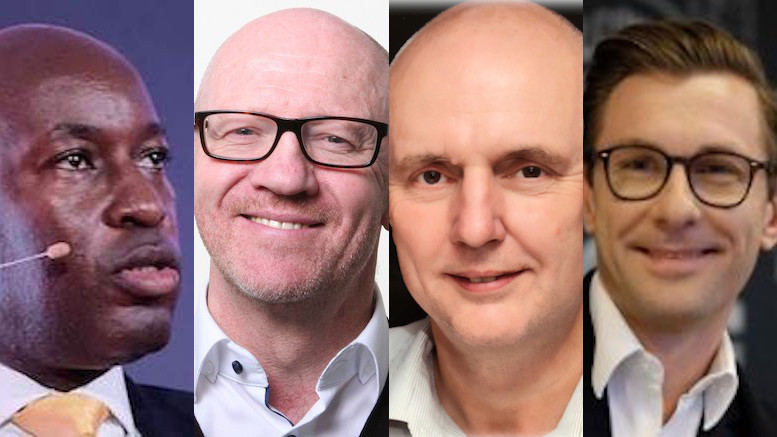 The Steering Committee of the Risk & Assurance Group (RAG) has voted upon and completed a new round of inductions to the RAG Hall of Fame, which recognizes the outstanding lifetime contributions made by leading practitioners of risk management in the electronic communications sector. The new inductees (pictured left to right) are:

Each has distinguished themselves in their own way. The nomination for Sebastian highlighted how he has used his position at Vodafone to foster improvements in risk management amongst the company’s rivals too. Geoff had already won a series of awards prior to his taking on responsibility for creating and maintaining the most comprehensive inventory of leakage points that comms providers have ever had. Moly has been articulating the need for sophisticated assurance work since the very beginning of the century and then became instrumental in its worldwide spread, first as Global Head of RA at Millicom, then as the first Director for Revenue Assurance and Fraud at Skype, the pioneering OTT provider. Nixon’s expertise and dedication to educating his telco colleagues is acknowledged on every continent as a result of a career that has spanned the globe. They are all worthy additions to the Hall of Fame.

Some of the inductees will take part in a ceremony at the RAG London 2021 conference, which is now scheduled for Wednesday 29th and Thursday 30th September. Those inductees who cannot attend in person have recorded their acceptance speeches. All will receive a commemorative plaque like that pictured below. 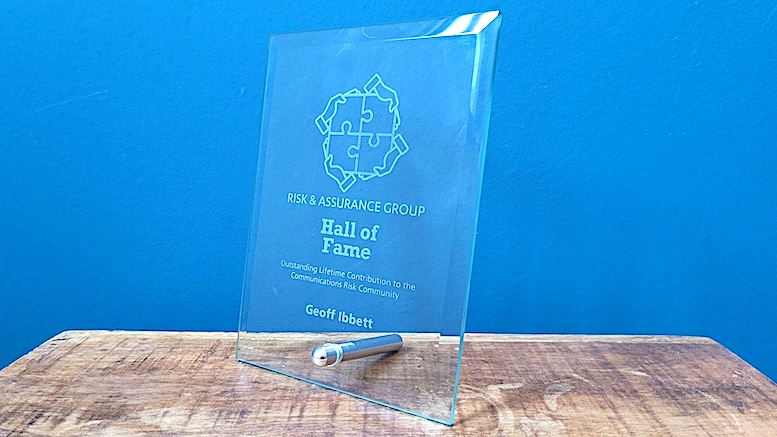 What struck me about this induction round was not just the quality of the nominations that were accepted, but also the quality of those which were rejected. RAG’s Steering Committee has the highest standards of any panel of judges I have ever been involved with. It is no good listening to some fool warbling about ‘best practices’ only to later watch them hand an award to a charlatan who nominated themselves for a prize after massively exaggerating the challenge involved in doing no more than their paid job required them to do. Members of the Hall of Fame set an example for others to follow, and that example lasts for more than the duration of a conference or an IT project. Their influence has endured over the course of decades.

Nevertheless, if I was going to fault the RAG Steering Committee for being over-scrupulous then I would say it looks bad that none of the successful nominations were for women. I respect the reasons given for each nomination that was rejected, but there have been many women who have successfully led risk teams in telcos. If one or other female nominee is deemed not yet ready for induction, the onus should be on committee members to search their memories and identify those women whose contributions satisfy the expectations for inclusion in the Hall of Fame. That is a sensible way to avoid falling into the bad habits that can occur in even the most diverse communities. It is easier to find men who promote their own achievements, but that bias should not be allowed to filter into the composition of a group like this.

You can read about Nixon, Moly, Geoff and Sebastian alongside the profiles of all the members of the Hall of Fame by looking here.