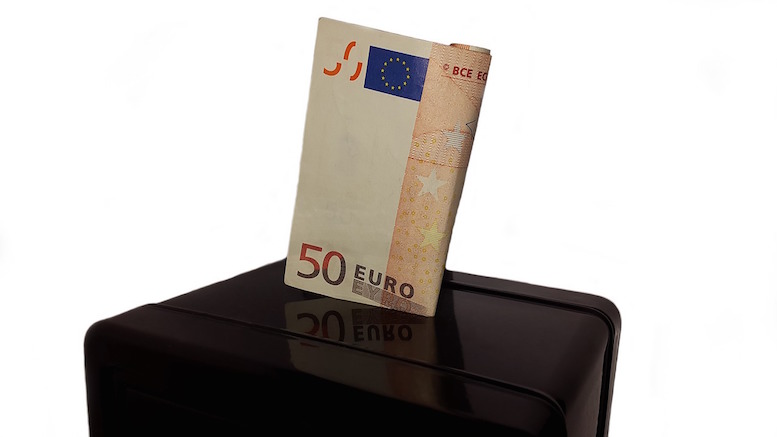 Last month, the French Supreme Court threw down the gauntlet on the question of internet intermediaries’ responsibility towards blocking injunctions. The decision dated 6 July 2017 is abundantly clear: both internet service providers and browsers can be legally bound to block infringing content and pick up the bill for the costs of such injunctions.

In short, the Court of Cassation concluded that internet service providers (ISPs) and internet browser providers (IBPs) could be charged the full costs of blocking and filtering injunctions, even in cases where their liability is not engaged. Why? Because (a) everybody has to chip in the fight against piracy – that includes ISPs and IBPs – and (b) because ISPs and IBPs make profit from letting users access infringing sites, and can afford to cover such costs whereas right holders may not. As such, bearing the full costs of injunctions is no ‘unbearable sacrifice’ in the meaning of the CJEU’s Telekabel jurisprudence.

Legal context of the decision

The CJEU’s Telekabel decision held that ISPs were not liable for infringement but were nevertheless expected to cooperate with rights enforcement measures within the limits of ‘bearable sacrifices’. Yet no further detail was given on what that may mean in practice. We will also all have picked up not-so-subtle hints from the Commission’s 2016 copyright proposal that digital technology and internet providers could do better at supporting the redistribution of revenues generated by copyright works to tackle what is called ‘the value gap’ in the jargon (Article 13, Recital 38 – see here for text of the proposal). It appears that the Court of Cassation have just put two (Telekabel) and two (the 2016 proposal) together by requesting that intermediaries commit to anti-infringement measures financially.

Facts and legal proceedings of the dispute

The dispute arose between French unions defending the interests of films producers and distributors, and the main internet service providers operating in France (SFR, Numericable, Bouygues, Darty and Orange) and internet browser providers (Google, Yahoo! and Microsoft). The unions had asked the ISP/IBPs to block and de-list four websites providing access to protected material via streaming and/or downloading: www.allostreaming.com, www.allowshowtv.com, www.allomovies.com and www.alloshare.com. The claimants also applied for the costs of the injunctions to be covered by ISP/IBPs in their entirety because they were not in the position to sustain these measures financially. Both requests were granted by the Paris Tribunal and then again confirmed on appeal by the Paris Court of Appeal, on 28 November 2013 and 15 March 2016 respectively.

Failing to have the Tribunal decision overturned in appeal, the defendants filed for ‘cassation’ before French Supreme Court. The subsequent paragraphs synthesise a rather long, and somewhat redundant, plea for cassation. This Kat has listed the claimants’ main arguments to show the range of legal strings ISPs and IBPs tried to pull, ranging from intellectual property law, French civil liability law, civil procedures and constitutional rights. Here is what the defendants in the case argued:

(1) The commercial purpose of ISP/IBPs is not anti-piracy

The defendants reasserted that protecting IP right holders’ interests does not fall within the professional or commercial purpose of their business. Rather, their mission lies in providing a “neutral access” to the internet. Therefore, it would be unlawful and unfair to have ISP/IBPs bear the costs of blocking injunctions whilst right holders have other measures available to them. Concluding otherwise violates Article L 336-2 of the intellectual property code.

The Appeal Court based its decision on the fact that right holders’ unions and societies were financially unable to cover the costs of injunctions, whilst ISP/IBPs were. The appeal decision went further by stressing that their order was also justified by fact that the defendants generated profits from internet users accessing the infringing websites. As a result, the Court breached ISP/IBPs’ freedom to conduct business (as protected by Articles 16 and 52(2) of the Charter of Fundamental Rights of the European Union).

Having ISP/IBPs cover the full costs of injunction is neither balanced nor adequate. The fact that ISP/IBPs grant access to the infringing website, and they may be in the position to make profits from such service, do not make the remedy appropriate unlike the appeal decision claims. This is because the factors the Court rely on in their assessment (i.e. the alleged existence of profits, the provision of access) are irrelevant to the test of proportionality. Consequently, the Court breached Article L 336-2 of the IPC.

(4) Violation of a constitutional principle

The injunctions serve the public interest of safeguarding artists’ creative activities for the greater good, through the protection of their IP rights. Expecting only one category of commercial enterprises, namely ISPs and IBPs, to bear the full costs of injunctions whilst the latter serve a general collective interest would be unfair. As such, it would breach the constitutional principle according to which all citizens stand equal before the charges levied by the state.

ISP/IBPs are not liable for the infringements at stake, to which the Court agreed. They can lend their support to the right holders prejudiced by such infringements by executing performing blocking injunctions but this does mean that they are legally bound to cover the full costs of such measures. Moreover, the Court suggests that a link exists between the infringing websites and the activities of ISPs and IBPs by describing the latter as being “at the source of” users’ ability to access the streaming and downloading platforms. This attempt at forming a pseudo-causal link between ISP/IBPs and the prejudice suffered by the right holders to justify the former bearing the costs of injunctions applies the law of extra-contractual liability inaccurately. Holding otherwise breaches basic liability principles (notably: Articles 1382, 1383, 1240 and 1241 of the civil code).

(6) Misinterpretation and infringement of procedural rules

The Court explained that their decision applied the “legal principle” according to which “a party who needs to vindicate their rights before the court must not bear the costs incurred by such vindication”. The defendants dispute the existence of any such “legal principle” exists under the French law. Even if it did, such principle would surely have the costs of vindication measures rest on the party liable for the infringement, not on intermediaries whose liability remains intact. Finally, the appeal judges put forward their “legal principle” argument without inviting the parties to respond to it. In doing so, the Court breached the principle of adversarial proceedings. All of the above is in breach of Articles 12 and 16 of the civil procedure code.

Response of the French Supreme Court

Keeping with tradition, the response from the Court of Cassation was concise. It started by acknowledging that two things. First, it confirmed that neither ISPs nor IBPs were liable for secondary infringement so long as they had no knowledge of the infringing activities or that they acted sufficiently promptly to put an end to the known illegal acts upon notification by right holders. Second, the Supreme Court reasserted that ISP/IBPs were under no statutory obligation to undertake surveillance work of internet users.

Nevertheless, the Supreme Court insisted that the judiciary had jurisdiction to require of ISP/IBPs to perform any necessary measures against copyright infringement on the internet, thanks to the 2000 Directive on electronic commerce and the 2001 InfoSoc Directive (tranposed into national law under Article 6-1-8 of the 2004 ‘LCEN’ Act). The Court held that the dispositions provided a lawful basis to have the costs of injunctions charged against ISP/IBPs. This is because as “technical intermediaries” ISP/IBPs are “best placed to bring such infringing activities to an end”, the Court say, quoting the words of the InfoSoc Directive (Recital 59) directly.

The Supreme Court judges see nothing under EU law that would prevent national courts from attributing all costs to intermediaries. They reminded the parties that the InfoSoc Directive left Member States free to decide how and when the support of “technical intermediaries” in the first against copyright infringement should be called upon (citing the CJEU decision Scarlet Extended). In their view, the Paris Tribunal and Court of Appeal did just that. They exercised their prerogative to see how and when ISP/IBPs’ help in the fight against infringing should materialise. In this case, it came in the form of both performing and paying for blocking injunctions.

Despite their non-liability, access and hosting providers are legally bound to contribute to the fight against illicit material and, more specifically, against the infringement of authors’ and neighboring rights

…[O]n the basis of the pure point of law, the decision of the Court of Appeal was legally justified”.

Following the application of the balancing of rights in concrete terms in this instance, the Court of Appeal noted, on the one hand, that the financial situation of the unions, already threatened by the infringement, could not be worsened by the costs of the measures ordered, and assessed, on the other hand, that neither ISPs nor IBPs demonstrated that the performance of the measures would represent an unbearable sacrifice, or that their costs would endanger their economic viability ; as such, the Court of Appeal was able to come to the conclusion that charging the costs of blocking and filtering injunctions to intermediaries was strictly necessary to the safeguard of the rights at stake.

We will have to wait to see whether the position of the French court catches on in other jurisdictions, or not. It is very interesting to see French Courts give so much weight to the financial situation of the parties and the (alleged or potential) revenues generated by ISP/IBPs from infringing websites, in their application of liability rules. Indeed, the latter are usually framed as pure questions of law, disconnected from economic realities. The logic of the French Supreme Court is reminiscent of the debate on the ‘value gap’ currently taking place throughout the European Union. The 2016 EU proposal for a reform of copyright law questions the roles of ISPs (and IBPs potentially) in achieving a fairer redistribution of profits between content distributor and content creators. Practical examples or propositions are yet to be submitted by policy-makers. Could this, the charging the costs of injunctions against non-liable intermediaries, be the first step in this direction? Only time will tell.

The original version of this article was posted on the IPKat by Mathilde Pavis. It has been reproduced under a Creative Commons CC BY 2.0 UK Licence.