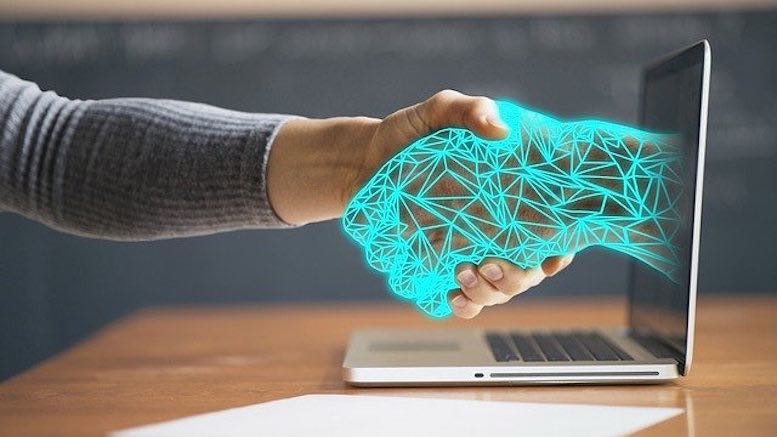 Do you ever feel you are running as fast as you can, only to remain in the same place? That has been the story per every telecoms fraud survey of the last 20 years. The Risk & Assurance Group (RAG) has just surveyed the largest number of telcos about fraud losses, and the responses say fraudsters massively increased their income during the pandemic.

These kinds of numbers are routinely repeated by vendors who want to encourage investment in new and improved anti-fraud systems. Then a year goes by, another survey is released, similar numbers are quoted, and the vendors return to offer smarter systems because the fraudsters have become smarter too. We all say we want to catch fraudsters, and telcos keep running after them, but the truth is that telcos have fallen even further behind. There is a better way forward. Instead of chasing fraudsters after they commit crimes, we could deny them access to our networks by closing the loopholes that we know they routinely exploit. And there is no bigger loophole than telcos handling calls without really knowing where they originated, and without being sure they will be connected to the stated destination.

Imagine the difference if every A-party was matched to every B-party, with no spoofing, manipulation or short-stopping. This simple fix would end most robocalls, make refiling impossible, stop simboxing, kill wangiri and make it easy to tackle international revenue share fraud. Delivering absolute certainty about the origin and destination of each call is the goal that motivates the AB Community, and the telcos who join it. Their objective is simple, realistic, and attainable. Here are five reasons why every telco should join.

1. The Cost of Failure

The numbers speak for themselves. Joining a community that eradicates the biggest categories of fraud for its members would deliver a significant boost to the profitability of any telco. It also gives them a huge advantage as fraudsters switch their focus to the vulnerable telcos that remain outside of the AB Community.

Eliminating fraud like this will also encourage superior revenues from an increase in legitimate traffic. For example, instead of blocking traffic from overseas telcos, including those telcos in the community means their valid traffic will still be connected, whilst filtering any of the bogus traffic that appears to come from their number range.

The AB principle revolves around using out-of-band messages to confirm a match, or mismatch, between the A and B party in real time. This is not complicated, and nor does it require any technological breakthrough. As a consequence, the technology for a community ‘handshake’ between the A and B operators is tested, reliable, and known to be cost-effective. The handshake occurs in a fraction of a second at the beginning of a call. Implementing the handshake and integrating it with the telco’s other systems is a simple task that only requires commodity server hardware and a few weeks of work. The modest cost of implementation and the significant financial rewards mean this is a simple project with an impressive return on investment.

3. Think of the Customer and Your Reputation

Voice spam, imposter fraud, robocalls, vishing… these are the reasons why ordinary people no longer consider their phone to be a source of convenience or pleasure. Many feel weary or afraid whenever they hear their telephone ring. This means our industry is effectively training customers not to pick up the phone, damaging our key revenue streams in the short and long term. Joining the AB Community is a statement of intent, showing that community members are serious about working with each other to combat the frauds that plague customers.

4. Act Now, before You Are Forced to Act

There are other solutions to these problems, but they are costly and they only exist because national governments have made them mandatory. We all know that lobbying by vendors is the reason why so many governments and regulators impose expensive and impractical solutions on telcos. Those telcos which solve problems before governments intervene will often save themselves a lot of money and a lot of trouble. The AB Community is both a global and a voluntary approach that you want to adopt before your government forces you to use less effective methods that cost far more.

A community that validates the origin and destination of every call between community members is also a community that will know much more about the bogus traffic aimed at its members. A significant increase in intelligence means all members, whether large or small, will be better able to identify fraud when a new call is received from a telco outside of the community too. Instead of every telco fending for themselves, all community members will have an advantage when it comes to cooperating in the fight against fraud.

Everyone knows that I say things the way I see them. Neither telcos, vendors nor regulators can expect any favoritism from me – poor results are criticized, and success is applauded. For a long time I thought most telcos were slowly but effectively reducing fraud, although I also believed that some surveys exaggerated losses. Now I admit that the results of the RAG RAFM Survey have shaken me out of my own complacency. It appears that many telcos have dropped their guard during this pandemic, which will only encourage fraudsters to double their efforts. Our industry needs to do better, and we need to find a way of tackling fraud that is not so reliant on identifying fraudulent calls after they have been completed.

None of us would be happy with a banking industry that did not work together to stop bogus transactions, nor an airline industry that did not cooperate in the interests of passenger safety. That is why we should not be making excuses for a trillion-dollar telecoms sector that is willing to lose billions of its shareholders’ money, whilst allowing customers to be repeatedly harassed and abused by criminals. The AB Community is for telcos who understand that a simple and voluntary ‘handshake’ check is all that is required to ensure every call begins and ends as expected.

Telcos have grown tolerant of fraud. For myself, I am an intolerant person. I do not tolerate inaccurate bills, I cannot tolerate crime, and I will not tolerate repeated failure. The only innovation needed to eliminate some of the most serious classes of fraud is a new willingness to work together. When telcos fail to act as a community the result is a vacuum, often filled by governments and regulators that force telcos to do things that are less efficient and less effective than the solutions that telcos should have voluntarily chosen for themselves. Too much tolerance within the telecoms industry only leads to intolerance from decision-makers outside of it.

The AB Community offers a better way forward. Instead of working in isolation and hoping a sophisticated algorithm will spot 90, 95, or 99 percent of fraudulent traffic, we could simply work together and have 100 percent confidence in the traffic we receive from fellow telcos. This would end the game of cat-and-mouse where telcos furiously chase criminals but then report that the scale of fraud is as bad as it ever was. A new community, with a new sense of purpose, can represent a new way of thinking, as each telco fraud manager is strengthened by the example set by his or her peers. With its simple handshake validation of the A and B party to every call, the AB Community shows how we can stop tolerating fraud and start to move beyond it.

This nascent community is coming together with the recent incorporation of a new entity that will distribute the handshake technology and oversee the community’s development. You can find out more and arrange a free trial here.